Bringing home America’s favorite family dog is an exciting moment. Golden Retrievers are friendly, loving and highly devoted dogs that have the personality to match any family. They may seem like goofy dogs, but the IQ of the Golden may surprise you.

Based on Stanley Coren’s research and intelligence trials, we know Golden Retrievers are smart. But how intelligent are these dogs and what actually makes these golden dogs so smart compared to other breeds? Read on to learn more about the Golden’s true dog intelligence.

The researcher responsible for developing the list of smartest dogs is Stanley Coren. Not only is he a pHD but also a canine psychologist from the University of British Columbia. Today, he’s one of the most respected people from the world of canine research.

But to truly understand how smart these dogs can be, we need to first understand just how Stanley Coren measured the intelligence of dogs. Goldens ranked number 4, but here’s how they came to this conclusion.

Stanley Coren requested the help of nearly 200 North American obedience trial judges to help him with his intelligence trials. He asked them to help assess and rank dog breeds based on the following criteria.

Coren’s dog intelligence trial criteria was based on two factors:

Only dog breeds with a minimum of 100 responses were included in Coren’s final rankings. And as the third most popular dog breed in America, Golden Retrievers received an enormous number of responses. So, didn’t have any problems qualifying.

In addition, only breeds that were recognized by the American and/or Canadian Kennel Club participated in the evaluations. In other words, no mixed breeds were included in Coren’s trials. Fortunately, Golden Retrievers are recognized by both clubs.

Golden Retrievers performed extremely well. As a matter of fact, they performed in the “top 10” category for dog intelligence. Specifically, the Golden Retriever ranked 4th among all 138 dog breeds that qualified, placing them in a class of the most elite.

So what exactly does this mean? It means Golden Retrievers were capable of learning a new command with fewer than 5 repetitions! In just 10 minutes or less, you may be able to teach your dog a basic command! But given how obedient and people-pleasing these dogs are, is it really a huge surprise?

What’s even more impressive is that they were able to obey a known command on the first try with a 95% or better success rate. This made them some of the most obedient animals in the animal kingdom! Again, another testament to the obedient nature of the Golden Retriever.

To put things into perspective, other popular dog breeds in this class include, the Rottweiler, German Shepherd, Sheltie, Border Collie, Labrador and Poodle. Plus, even popular Golden Retriever mixes, such as the Goldendoodle, are on par.

Now that we know where the Golden Retriever stands in terms of dog intelligence, how do they compare with the average dog? For reference, the average dogs are those ranked between the 63rd and 104th spot on Coren’s list.

On average, these dogs need between 25 to 40 repetitions in order to learn an unknown command. Compared to the Golden Retriever, average dogs learn at least 5 times slower! Instead of a few minutes, it could take them half a day to learn a command.

As for obedience intelligence, average dogs will obey a known command on the first attempt with a 50% or higher success rate. They’re not nearly as obedient as the Golden Retriever, but still not bad at all.

There’s nothing wrong with being average intelligent. In fact, some of the world’s most popular dog breeds fall into this “average” IQ category. For example, the Australian Shepherd, Boxer, Dachshund, Great Dane and the Siberian Husky are average, yet regarded by many owners as smart.

Other Reasons Why Golden Retrievers Are Smart

Even Stanley Coren will admit this. In fact, he did. According to the renowned canine researcher, there are two other components of dog intelligence: instinctive and adaptive intelligence. Both of which, may be more important than obedience & working IQ.

So what other reasons make Golden Retrievers smart dogs?

In addition to having high obedience & working IQ, Golden Retrievers have superb instincts to fetch or retrieve. This is a special type of intelligence that only a few dogs possess, including the Golden Retriever. But adaptive IQ is also where they shine, as they’re great at understanding human emotions and learning from it.

The Retrieving Intelligence in Golden Retrievers

Instinctive intelligence refers to the innate skillset or ability that a particular dog breed was developed for. While dogs are mainly companions today, they were primarily working dogs in the past. For example: herders, hunting dogs, game retrievers and guardians (plus more).

For example, Australian Shepherds are herding dogs and their instinctive intelligence is with herding. From birth, these dogs are capable of pushing and driving livestock in directions based off pure instincts. Little to no human training is needed for them to perform this.

In this case, Golden Retrievers are sporting and retrieving dogs, as evident by the name. To be specific, these dogs specialized in retrieving dead waterfowl after having been shot by the hunter. However, they can retrieve all types of small game if trained.

Just check out this Golden Retriever in action:

This means they’re naturally superb at fetching (“retrieving”) objects from water. So if you’re looking for a great way to exercise with your Golden, playing catch/fetch or going for a swim are the perfect activity. These sports come so easily and naturally to them. They’ll love it!

Some Golden Retrievers have shown a natural instinct to fetch objects as early as 50 days old! Though every dog is different, most Golden Retrievers will thrive with retrieving at one point or another. Give them some time and have a bit of patience.

Another important dimension of dog IQ is adaptive intelligence, which refers to what a dog can learn to do for him or herself. Dog breeds with high adaptive intelligence are capable of learning from previous experiences, but also are good at reading situations and environments.

For example, a dog with high adaptive intelligence may make a mistake (which dogs don’t?), However they will learn from it. They’ll likely never do it again, at least intentionally. But unlike instinctive intelligence, this type of IQ tend to vary by dog despite being from the same breed.

Fortunately, all Golden Retrievers are known to have high adaptive intelligence. If you don’t believe us, check out these comments by real Golden owners:

My Golden is smart enough to know what it means when I grab my tennis shoes. But she’s going to be disappointed to learn I’m going to the gym before I walk her.

Associating objects with a consequent action is another clear sign of high adaptive intelligence in the dog. It’s just unfortunate for her Golden Retriever that tennis shoes don’t always mean a walk. But given the dog’s smarts, she’s bound to learn that soon.

Check out this owner’s Golden Retriever named Riley. With just a few walks, Riley already knows where he’s “supposed” to be given a treat.

If we pass another dog and he doesn’t react, he gets a treat. The next day I can pretty much count on him looking to me for a treat when we reach that same, exact spot – whether we see another dog or not.

Riley is without doubt, a highly intelligent Golden Retriever. Although these are just a couple stories from real owners, there are plenty more where that came from. Just ask any owner and you’ll hear stories just like these!

They’ll know when you’re down and sad, but also when you’re happy and excited. Some owners claim their dog will stay by them when they’re feeling down. Once again, an excellent example of high adaptive IQ in these dogs.

Is Your Golden Retriever Smart?

Having the “experts” tell you that the Golden Retriever is smart is one thing. But what about real Golden Retriever owners? One of the best way to gauge a breed’s true intelligence is to ask the owners themselves.

So, we went and surveyed owners on the Golden Retriever Sub Reddit and other popular dog forums to ask them this question. Here’s what these owners had to say about their dog:

1. Theincapableact says Yes: “My Golden Retriever’s name is Darla and she’s been an amazing addition to our home. She’s so sweet and intelligent and just wants to cuddle all the time.“

2. Hyrulesamurai says Yes: “Goldens are too smart. When I tell Frank to drop his ball for me to throw it, he drops it and steps on it.”

3. Jaydeeos says Yes: “Well, they are generally pretty smart. Our Golden Retriever is an ex guiding dog, we got her when she “retired” so to say. She can be stubborn as hell though.“

4. Ponderingwaterbridge says Mixed: “My childhood golden was dumb as rocks, but I loved her and she loved me. My current Golden is brilliant! She learns the title we give a new toy within a minute and will go retrieve the specific one that we ask for.“

5. Frogdude2004 says Yes: “My Golden Retriever has an incredible vocabulary, but won’t step over a tupperware on the floor if it’s in his way.”

7. Poppapie says Yes: “I have recently adopted a Golden Pup (female) and we are first time pup owners. Lucy is wildly smart and extremely cute. However, she does have the habit of nipping/biting her and I.“

8. Nekomori says No: “They are great dogs, but I don’t call them idiots in a mean way. They are happy sweethearts, but they’re pretty dumb sometimes and we love them more for it.“

9. Keto_and_me says Yes: “In general Goldens are smart and fairly easy to train. Most are food motivated so lots and lots of treats! If he is a little scared or traumatized it may be challenging but most do come around.”

10. Thatonecooldude says Mixed: “Golden Retrievers are the smartest dumb dogs, if that makes any sense. But they are all good doggos.”

Why Get a Golden Retriever?

We already know Golden Retrievers are intelligent dogs. However, you should never pick a dog breed based on how smart they are, at least according to the “experts.” All dogs are smart enough for you and your needs.

Unless you plan on using your dog for a specialized task or job, there’s no need to pick one of the smartest dog breeds. But if you just want a great companion and family dog, Golden Retrievers are some of the best.

With that said, Golden Retrievers are extremely friendly and affectionate dogs. They’ll play with you every chance they get. But as energetic medium/large dogs, they’ll need a moderate amount of exercise – at least 1 hour of activity each day!

Golden Retrievers are also some of the most loyal dogs you can find. Mostly because of their eagerness to please, they’ll thrive best in a family oriented environment.

If after reading all this and you still believe that the Golden Retriever is right for you – you should definitely bring home one! There’s a reason why they’re one of the most popular dogs in the world. 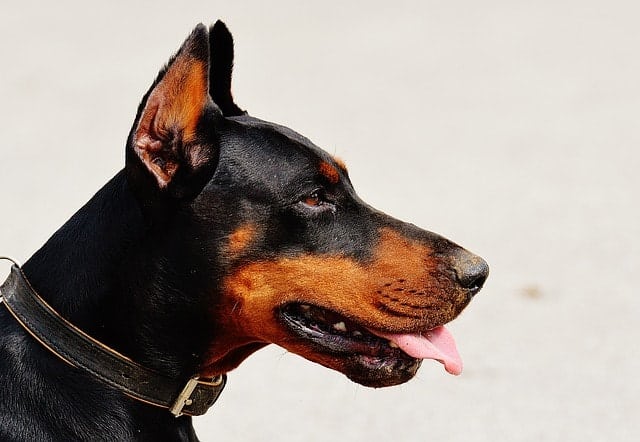 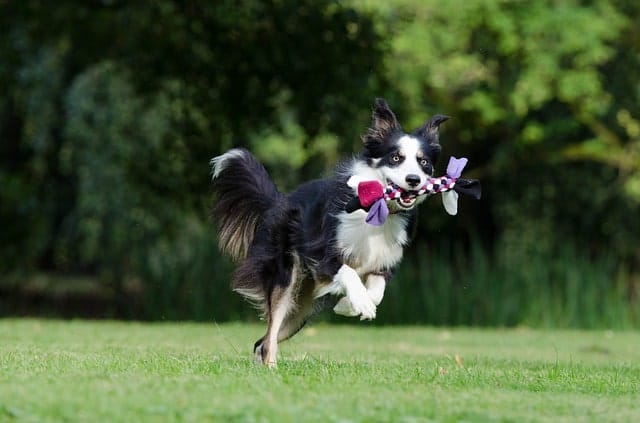 Next →
Are Border Collies Smart? - Here's Why They're the Most Intelligent Dog
Click here to cancel reply.

More than their intelligence in reference to how they can be trained and all that. They also have a very high EQ. Golden retrievers seem to be able to read when their humans aren't feeling that great.

Yup, you're right. But unfortunately, these tests/trials measure just one dimension of IQ, which is completely different from EQ. There's currently no objective method of measuring EQ with dogs, though I do believe Golden Retrievers excel in this aspect.