All About Rabies Shots for Puppies – Preventing Rabid Dogs with Vaccinations

The notorious Rabies virus has plagued our world, killing countless people and animals for centuries. It’s estimated that 55,000 people still die from rabies every year, while killing even more dogs around the world annually. Although the United States hasn’t been faced with a rabies epidemic in a long time, this is still a serious problem in parts of Asia and Africa.

It is required by law to vaccinate your dog with the rabies vaccine.

Because of how fatal the virus is, the rabies vaccine has been categorized as a core vaccination for puppies. Core shots, as opposed to non-core shots, protect your dog from serious diseases that often prove to be fatal or pose a serious threat to a dog’s long-term health.

Rabies is an infectious disease caused by the rabies virus and is transmitted between animals and humans (zoonotic disease). An infected dog is called a “rabid dog.”

This virus can remain active and survive a variety of wild animals, including: bats, raccoons, skunks, foxes, monkeys, coyotes, mongoose and more. Most of these wild animals are seen just about anywhere – cities, suburbs, farms, and mountains. This means that a dog, especially one that frequently plays outdoor, may possibly stumble across a wild animal infected with rabies.

The fatality rate of dogs infected with rabies is nearly 100%.

But there is good news – there’s a rabies vaccine for your dog. It’s perhaps the most accessible puppy vaccination, offered by nearly all private vet clinics, animal hospitals and shelters. A quick vaccination can go a long way in preventing your dog from contracting the such a brutal disease.

Symptoms of Rabies in Dogs

If your dog has contracted rabies, there will be clear-cut signs. The severity comes from the fact that the virus attacks the grey matter of the dog’s brain, affecting the dog’s central nervous system. The experience will undoubtedly be painful and unpleasant.

The very first symptoms of rabies in dogs, called the prodomal stage, can be observed by minor abnormalities to the dog’s central nervous system. After 1 to 3 days, the early symptoms will develop into one of two forms of rabies.

The two forms are: furious and paralytic rabies. The former is characterized by behavioral changes in your dog. Often extreme differences may be noticed – such as overly aggressive behavior and/or unusual attacks on familiar people.

On the other hand, paralytic rabies in dogs will exhibit signs of weakness as well as loss of coordination. They’ll act “dumb,” hence the nickname – dumb rabies. Eventually, the dog will succumb to paralysis for this form of rabies.

Unfortunately, there are no treatments for dogs with rabies once these clinical signs have developed. Once these signs of rabies have started to appear in your dog, they will die within 10 days.

This is why most states have a mandatory 10-day quarantine from the day an animal (capable of carrying rabies) bites a human. Since dogs can only transmit rabies after they start showing clinical signs, a dog that survives the 10 days had not developed signs of rabies at the time of the bite.

The thing about the Rabies vaccine is that each state has its own regulation for the required frequency of the shot. Nearly all states require the vaccine to be given within the first 3 to 4 months of the puppy’s life, with booster shots varying state by state.

To find out the required shot frequency of the rabies vaccine in your state, visit the AVMA PDF guide here.

Below is the rabies vaccine schedule suggested by South Hills Animal Hospital, in California.

The best part about the rabies vaccination is that a puppy only needs it once within its first 16 weeks. Like with the Bordetella vaccine, this shot is usually given on your puppy’s last set of vaccinations.

In California, after your puppy receives the first set of rabies shot, you won’t need to take your dog in for rabies for another year. Boosters for rabies are given one year after the initial shot, then every three years thereafter. This core shot is a must, so don’t procrastinate on your getting your dog the rabies vaccine.

The cost of rabies vaccine is very much affordable, especially because it is given just once every one to three years (depending on your state). The price of the rabies vaccination depends on where you get the shot from. Generally, it’s cheaper to find shots from a private clinic than a big animal hospital.

With that said, the rabies vaccine for your dog will run you between $15 and $20 per vaccination. This means that (depending which state you’re from) you’ll only need to spend (on average) $5 a year for the assurance that your dog doesn’t contract such a vicious disease.

If the rabies vaccine is still too much for you, there are ways to reduce these costs. Low cost vaccinations are everywhere, you just need to know how to find them.

Shop around clinics – Don’t be afraid to pick up the phone and call different clinics to find the best pricing. Location is key to finding low cost rabies vaccinations for your dog. Affluent neighborhoods tend to charge more for vaccinations in general, so make the calls to poorer neighborhoods for best pricing. Some states, such as Colorado, require clinics to be price competitive with their local competitors. However, if you can still find a good reduction in price by shopping around.

Negotiate with your vet – Most veterinarians are compassionate people with a soft spot for animals, including dogs. Don’t be afraid to try to negotiate the price with your vet. If you really cannot afford the rabies vaccination for your dog, let them know your situation. More times than not, they will reduce the cost. If you plan to negotiate, do it with a private clinic where the vet is usually the owner of the place and can actually make the decision.

Side Effects of the Rabies Vaccine

Like with most puppy shots, the rabies vaccine can lead to temporary side effects and risks. These common side effects could occur in pets within hours to several days. Whether you opt for the intranasal or traditional injection vaccine, side effects are possible.

The more vaccines you administer in one session, the higher chance of side effects and other complications. This is especially true for small dogs (and other small pets), whereas larger dogs will usually have no problem tolerating multiple vaccinations in one visit.

If you plan to have your puppy get its rabies vaccination along with DHLPP and Bordetella in weeks 14 to 16, it might be better to spread them out a week. Consult with your vet.

Common Side Effects in Dogs

More Serious (but rarer) Side Effects in Dogs

More on Side Effects

The site of the vaccine injection should show some swelling under the skin. It will naturally go away within 2 weeks or so. If the swelling persists for over 3 weeks or seems to be getting worse with time, then contact your vet for further consultation.

There is a small chance of anaphylactic reaction (severe allergic reaction). In this case, there is a chance the dog may collapse and die just minutes after the vaccination. However, this is extremely rare and only seen in a few cases ever.

Does My Dog Need the Rabies Vaccination?

Yes, your dog needs the rabies vaccine. Not only does the rabies vaccination provide your dog with protection from a deadly virus, it is also required by law in the United States. However, the American Veterinary Medicine Association (AVMA) says that all states have different regulations when it comes to the administration of this vaccine.

These regulations typically apply statewide, but in some cases, the decision will be made decided by local county governments. A licensed veterinarian in your local area will be able to tell you a more accurate timeline.

The Advantages of Intranasal Vaccine

The top advantage and main reason dog owners opt for intranasal is because it is less intrusive for dogs that are sensitive to pain. These candidates are usually small slim dogs. However, most dogs won’t have a big enough problem with needles to warrant a switch.

Some veterinarians argue that the intranasal method can be more effective, especially in dogs that have not received the needle version of the shot. Also, it can be argued that receiving the rabies intranasal vaccine could result in faster immunization.

The Disadvantages of Rabies Intranasal

The intranasal and needle injection (intramuscular) administration of the rabies vaccine typically cost the same amount. So it really depends on your dog and what your dog can tolerate. Not all dogs are the same and not all veterinary clinics will offer this alternative. But you can be sure to find the needle vaccination everywhere.

The intranasal rabies vaccine for dogs is still a relatively new method of administering the shot, but it’s been thoroughly tested and is completely safe for dogs. If you have more questions concerning intranasal vaccines, contact your local vet who could supply you with a ton of great additional information regarding this issue. 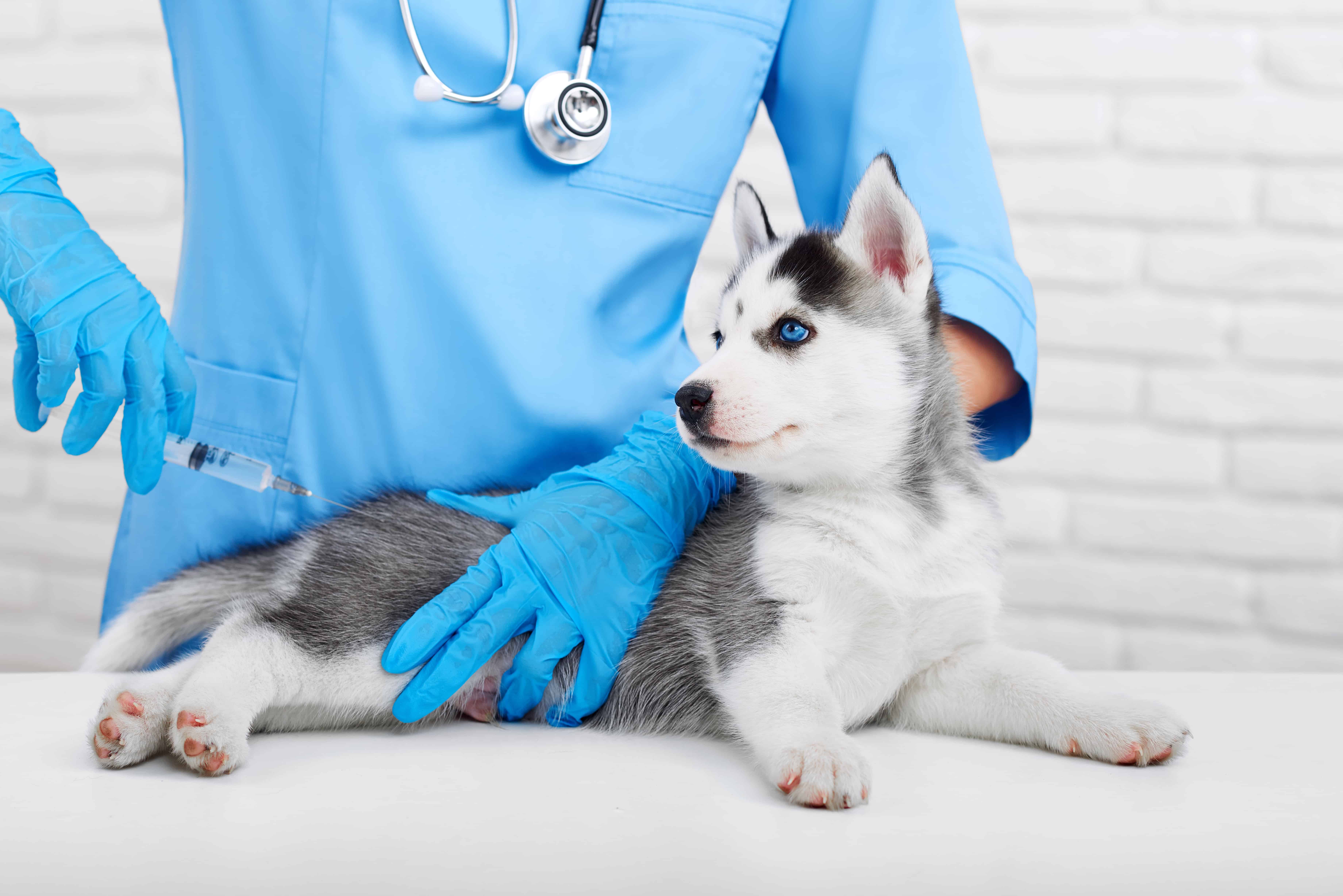 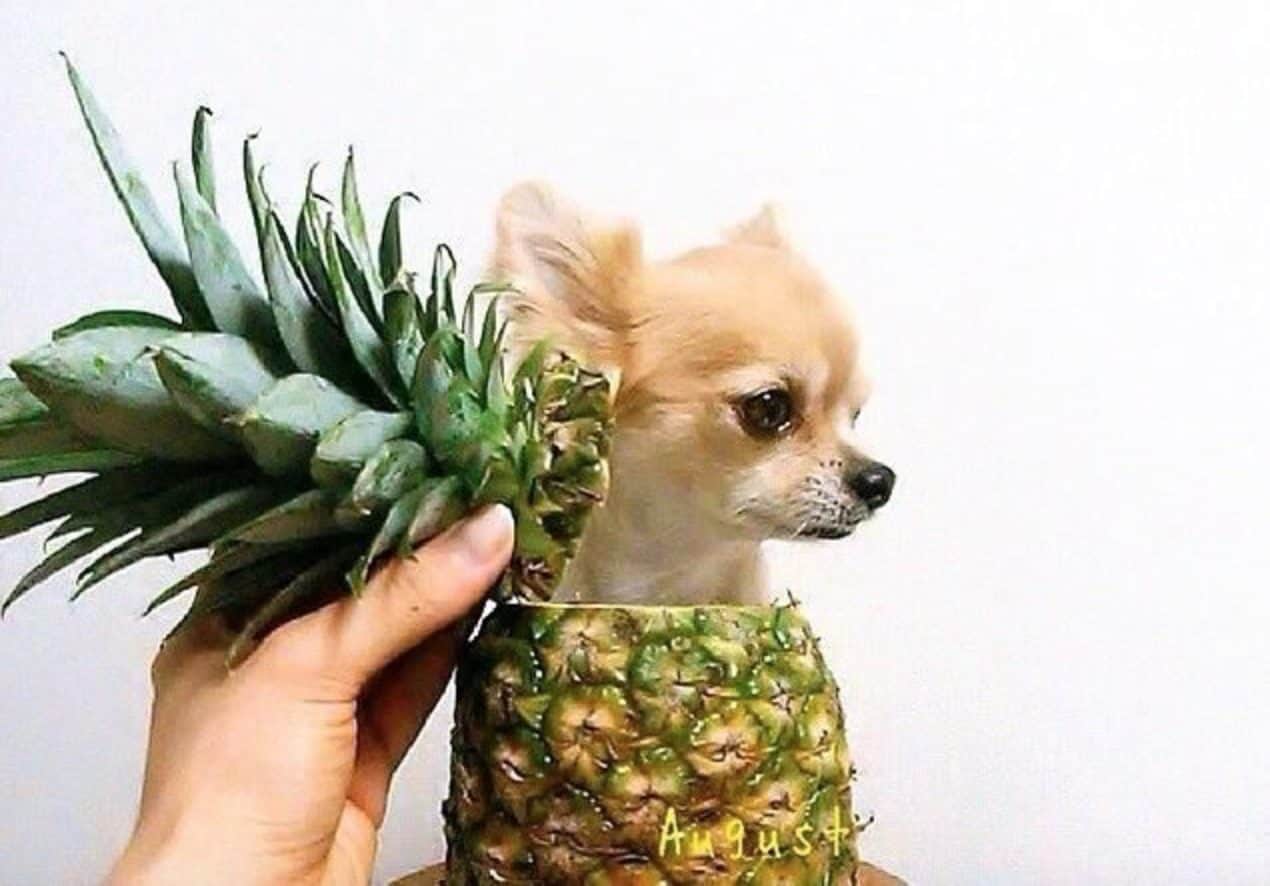 I only give my dog ​​rabies vaccine once a year, is that effective?