Few breeds can compare with the sheer intelligence of the German Shepherd. With their unwavering loyalty and an eagerness to learn, German Shepherds have become one of the world’s most popular dogs. In fact, they’re always second place in America!

However, this breed is more than just brains and brawn. The GSD’s handsome and dignified appearance, along with their mesmerizing stance, also contribute to their lasting popularity. And of course, breed’s beautiful coat colors also play a huge part.

Though generally darker, German Shepherds come in quite a few color variants, along with some unique blends. If you thought they all come in the standard black and tan, then you’re in for a surprise. Below we’ll take a look at some of the most stunning and strikingly beautiful GSD colors you can find.

It’s just that not all of these colors are considered “official” or even recognized by other major kennel clubs. As a result, these other colored German Shepherds are very rare, as less breeders breed for them.

These standard AKC colors for the German Shepherd include:

Though all these colors are standard for this dog breed, not all of them are widely bred. Breeders choose to avoid colors such as liver, white and blue, despite being standard colors.

So, if you have your heart set on one of the ones I just mentioned, then you may need to spend extra time searching for a reputable breeder.

This color combination is the bread and butter, so to speak, of the German Shepherd. For most people, when they picture this breed, it’s with this color. But even with this common color, there is plenty of room for variation.

The tan fur can range from deeper hues to a shade that almost approaches silver along the edges. The black color usually appears as a saddle-like pattern along the back and can vary quite a bit in size.

Something to keep in mind is that GSDs born with this pattern usually begin life darker and slowly lighten as they mature. The best way to get an idea of how a pup’s coat will develop in adulthood is to meet the parents (ideally with both).

Darker, especially black, coloration is recessive in the German Shepherd. So if both the parents display the black and tan coloring, then the pup is more likely to as well.

The most common color in the German Shepherd breed is the sand color. As a matter of fact, this opens the door for quite a few color combinations.

While other colors of this breed are largely defined by single colors, or bicolor ratios, sable dogs are more homogenous. That is, the coloring is more even throughout without distinct areas of one color or another.

Within this coloring, the shades can range from lighter greys to darker colors, such as more grey or shades approaching red and brown.

If you were to look at any single hair of a German Shepherd with this coloring, you might notice that their hair can have two to three colors on each strand. It’s an interesting sight, but you’ll have to take a close look.

The sable German Shepherd is allowed for exhibitions, but it doesn’t do well very well. As such, they are much more popular in the work line or as pets. They are especially popular in the K-9 units of a police force.

At first glance, this may seem like a variation of the black and tan. And there is some debate about whether bicolor German Shepherds are simply displaying a pattern or a distinct color on its own.

A bicolor German Shepherd will have black and tan colors, but the black with be much more dominant here. Almost the entire body will be black, with only a few areas such as the legs or chest displaying fur that ranges from tan to brown.

At birth, a two-tone German Shepherd can be hard to distinguish from its solid black siblings. An indicator of whether the puppy will grow up to be a bicolor dog is if it has some brown color under the tail.

The gene for black fur is recessive in German Shepherds, so an entirely black dog can be somewhat harder to find. But not all “black German Shepherds” are completely black from head to toe.

Black GSDs might actually have a bit of brown fur on their toes or feet, and even some hints of white on their chest. It’s just a very small amount, though. As long as the rest of the German Shepherd’s coat is black, they are still considered to be in this color category.

While less common than other colorations, a black German Shepherd is by no means rare. Don’t let breeders hike up the price based solely on the idea that these dogs are rare or special.

And while, yes, they are absolutely beautiful and worth taking home, just be sure the price is fair and do some market research beforehand.

Although the white coloration disqualifies the dog according to the German Shepherd breed standard of the AKC, we’ve still included it because, well, look at this dog. White German Shepherds are downright gorgeous. And don’t try to convince me otherwise.

The white coloring really gives the dog a wolf-like look and lends it an air of mystery. They may often get confused for an athletic, slimmed-down Samoyed, but their poise and calmness begs to differ.

And, in any case, the AKC does allow them to be registered, but simply not as a show dog. For most owners, this is fine because who really has the time to show their dogs?

A unique aspect of this liver/brown coloring is that the gene for liver fur tends to also appear along with a gene responsible for beautiful amber eyes. Biology and evolution did well here by pairing these two genes.

Liver-colored German Shepherds can range from lighter browns to darker and warmer colors, sometimes even bordering on red. The coat can also have hints of other colors in it, smoothly blending in with the brown, here and there.

There are three main variations of the liver coloring: liver and tan, liver and white, and solid liver. All three of these are recognized by the American Kennel Club.

Contrary to what some people say, blue coloring in a German Shepherd is not an indication of fault or poor health (unlike blue French Bulldogs). The reasoning for this incorrect belief could be attributed to the fact that for some other breeds, blue coloring might indicate temperament or health problems.

For example, some blue dogs may experience hormone or skin issues. We call this condition, Color Dilution Alopecia. However with the German Shepherd, this is definitely not the case. Fortunately, it’s simply another variation of color rather than an indicator of genetic problems.

Plenty of breeders purposely breed for this color because of its rarity. Coming from a recessive gene, blue coloration does not occur often without specifically being bred for it.

While you might not have too hard a time finding a blue German Shepherd nowadays, be prepared to dig deeper in your pockets. Their scarcity can push up the price and will vary from breeder to breeder.

The red and black German Shepherd is something you don’t see every day. They’re spectacular specimens that are undeniably beautiful no matter what your taste in dogs.

In a way, the coat pattern of the red and black German Shepherd looks almost like a brindle or merle. In other words, you’ll usually get a GSD with a dark mahogany (red) base coat, with patches of black around the coat.

The black color is most commonly found on the dog’s back, tail, bottom and face (muzzle). The black is not limited to those areas of the body – it depends on the dog and the parents. However, black color around the dog’s muzzle is almost always guaranteed.

The black and silver German Shepherd is another common color combination. Even though they look more exotic than your average GSD, breeders still breed them, as they’ve been growing in popularity.

Most of the time, color distribution may vary from dog to dog. However, they will typically have a silver base on the bottom of their body and black on the top half on their body.

The hue of black can range from a dark gray to a deep black. In some instances, the German Shepherd may have silver with multiple shades of black on the coat.

These dogs are truly spectacular in terms of appearance, and it’s not difficult to see why they’ve been more prevalent among families in the United States (and probably the world).

Another beautiful standard color of the GSD, the black and cream German Shepherd is another popular choice among owners around the world.

They’re very similar in appearance to the black and silver, but with a different shade of “white.” But if you look close enough, they’re quite different.

Instead of the metallic-like silver coloring, the black and cream has an off-white cream color. This cream color can vary from dog to dog, but usually has a hint of yellow to it.

Again, the black can come in different hues and it’s not uncommon to see different shades of black on this dog.

Which GSD Color is Right For You?

It really depends. If you’re looking for a German Shepherd as a pet and companion, then personal preference should be the top criteria.

If you like how it looks, whether white, dark, or blue, then you should choose accordingly. There really is no “wrong” choice with color.

However, if you are considering breeding a German Shepherd or if you’re interested in exhibitions, then your color selection should lean toward richer colorations that favor blacks and tans.

Unfortunately, white German Shepherds will be out of the picture, despite its aesthetic appeal. It sucks because I’m a huge fan of white dogs.

Either way, coloration in a German Shepherd covers a wide range of options, and each of them are simply just colors.

No single color indicates better health, temperament, skills or anything like that. Instead, it’ll be up to you and how you train, treat, and raise the dog. 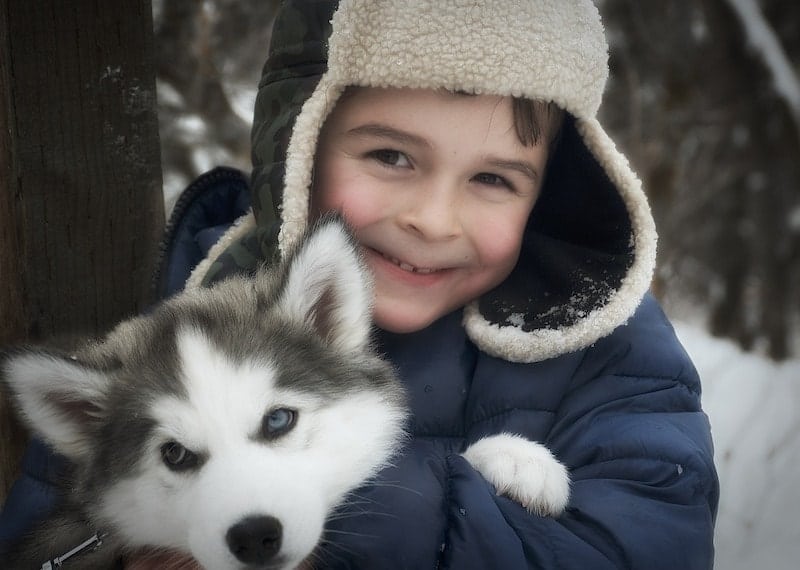 ← Previous
Are Huskies Good With Kids? - A Parent's Guide to Raising Huskies with Children 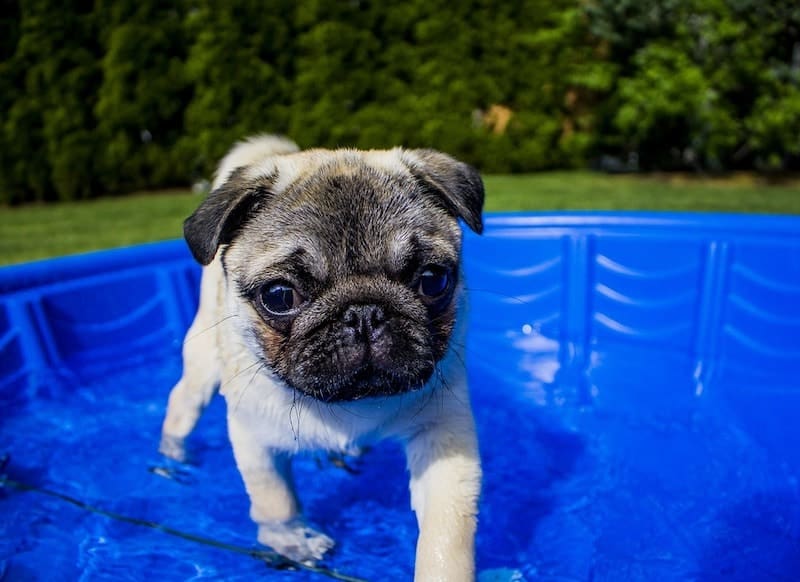 Next →
Can Pugs Swim? - An Owner's Guide to Swimming with Pugs
Click here to cancel reply.

wow, thanks for sharing Tom!

You forgot German Shepards that are golden. Mine is pure gold except his face. He is pure bred German Shepard with kennel papers and considered a very rare color in German Shepards. My GSD is named Buzz and he’s gorgeous. If this box allowed me to post a picture, I definitely would. But you should add them in. They are gorgeous dogs. And no, he is not mixed with a golden retriever.