The Bichon Frise is the toy dog companion famously known for their French origins. This French dog breed is the perfect lap dog thanks to their cheerful and affectionate nature. And while they can be a little sensitive, they’re always gentle with their owners.

These dogs can be the perfect playmates for kids, but also serve as a loving companion for a senior that isn’t as mobile. Thanks to the adaptability of these fluffy little dogs, the Bichon Frise is now one of the top 50 most popular breeds in America!

Bringing home a Bichon Frise is a no brainer! After all, they’re one of the most popular lap dogs for a reason. But if you’re planning to keep a Bichon, you do have some options. As a matter of fact, there are 4 beautiful Bichon colors to choose from.

According to the American Kennel Club’s breed standard for the Bichon Frise, there are officially four recognized colors. And while there may be other “unofficial colors,” these are by far the most popular among this breed.

These stunning coat colors include the following:

Because of reputable breeders following this guideline for several generations, it’s quite rare to find a Bichon that’s not one of these four colors. However, if your Bichon is drastically different in coat color, the dog may actually have mixed genes.

So what if you have a Bichon Frise with a non-standard color? Well, it doesn’t matter much. The only downside is that they won’t qualify to participate in AKC competitions. Even so, you can still submit a request to participate and hope for an approval.

The most popular color of the Bichon Frise is the classic solid white. This dog in all white is what a lot of people think of when they imagine this breed. And while there’s something alluring about solid white dog breeds, the others are just as stunning.

The good news is that no matter what color, the Bichon Frise will always be a hypoallergenic dog. In other words, they’re low-shedding dogs that don’t release as much dander (dog dandruff) into the air and thus, triggering fewer allergic reactions.

One thing to consider that the white Bichon may easily get dirty, as with all solid white dogs. This can be especially true if your dog frequently plays outdoors. And if that’s the case, we suggest giving your dog a good bath every other week.

Find a good groomer one who knows about Bichon’s their coats and skin as white dog’s skin can have allergies.

Needless to say, the white Bichon Frise was the original color. In the early 1930s, the national French kennel club adopted the standard largely because of the novel, “The Adventures of Tintin.” The story featured a small and fluffy white terrier type named Milou.

The dog breed for Milou was based on a real breed, known at the time as the Tenerife and Bichon. In the years following, the FCI proposed the name Bichon Frise, where “frise” meant “curly” and referred to the curly coat of the dog.

So if you’re looking for that classic Bichon look, look no further than the solid white Bichon Frise. They are exactly what most people imagine for this breed. But if you want to be a little more “unique” with the dog, you may want to consider the other coat colors.

The white and apricot-colored Bichon Frise is a variation of the solid white Bichon. Although they are still mostly white, they do feature an apricot color on the ears, face and body. Even so, the white & apricot may not have color in all three areas.

The apricot is defined as a light yellowish-orangish color. And although it’s called “apricot” due to the similarities of the color in apricot fruits, it’s actually slightly paler than real apricots. That said, the color is warm and a nice smooth contrast to the white coat.

The apricot color, though being a recessive gene, is not an extremely rare color. For example, this is a color often seen in many Poodles. But if your Bichon Frise is solid apricot, then they may be mixed with the Poodle, as often seen in the Bichon-Poodle mix.

According to the UC Davis Veterinary Genetics Lab, the “intensity coat color gene” is what causes the extreme dilution of the red and/or yellow pigment (phaeomelanin). This is what creates the cream that is seen in white-coated dogs, such as Bichons.

And like the other non-solid white Bichon coat colors, the white and cream tends to have cream on the ears, chest, body and face. That said, the difference between white and cream can be hard to tell apart at times, especially as puppies.

As mentioned, cream color fur is actually a dilution. The genes inhibit pigment production so that the fur color looks like an extremely pale red. So pale, that it appears like cream. The color of cream is not rare either, as they’re common in popular dogs like Golden Retrievers.

In the Bichon Frise, the buff color is defined as a light brownish yellowish color that’s very similar to that of buff leather. Hence, the name. Others may describe this color as ocherous – or an “earthly color.” As you can imagine, t’s not the most common color either.

The color in the white and buff Bichon may be mostly present on the body and chest. However, it is possible to see buff on the ears, muzzle, legs and face. In addition, the buff color may be all over the body seen as highlighted tips on the white coat.

Eye Colors of the Bichon Frise

Believe it or not, the full breed standard of the Bichon Frise has very specific guidelines for the eye color of the dog breed too. That said, the AKC mentions that the breed can be “severely penalized” in competitions if the eye colors are not within guidelines.

Surrounding the area of the eye should be black (or dark brown) skin. Not only does this allow your Bichon to seem more expressive, but it also helps make the eyes pop out to make it more noticeable on the head. It’s why Bichons have some of the cutest stares.

The eye rim of the Bichon must be black and no other color. According to the AKC, broken pigment or a lack of pigment tends to produce a blank stare that is not a good representation of the breed. For this reason, they may be penalized in competitions.

Is a Bichon’s Color Important?

While it’s fun to compare all the amazing colors of the Bichon Frise, the truth is that color does not matter. Whether you get a white, white & cream, white & buff or white & apricot Bichon Frise, they’ll still have their charming personalities.

All four standard colors are recognized by the AKC. In other words, they’ll able be able to compete in official AKC show competitions with no penalties at all. But even if you have a rare non-standard color in your Bichon, it still doesn’t matter!

Most Bichon owners won’t even compete in AKC competitions. And in some cases, they can get a pass to compete with non-standard colors. So it is even less important if you don’t plan to showing off your Bichon Frise!

At the end of the day, the Bichon Frise is a great low maintenance dog breed. They’re known for their great personalities, and not for extravagant or eye-catching colors. They’re top companion dogs for a reason – they have a contagious energetic vibe.

Regardless of the color, bring home a Bichon Frise and you won’t regret it! Their temperaments mesh well with all type of people and they offer all the best traits of a companion toy dog. 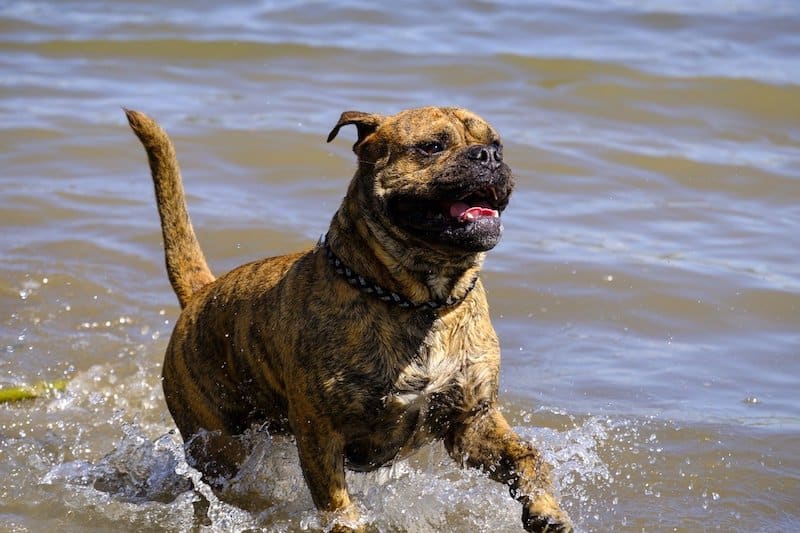 ← Previous
Can Boxers Swim? - Things to Know Before Swimming with Boxers 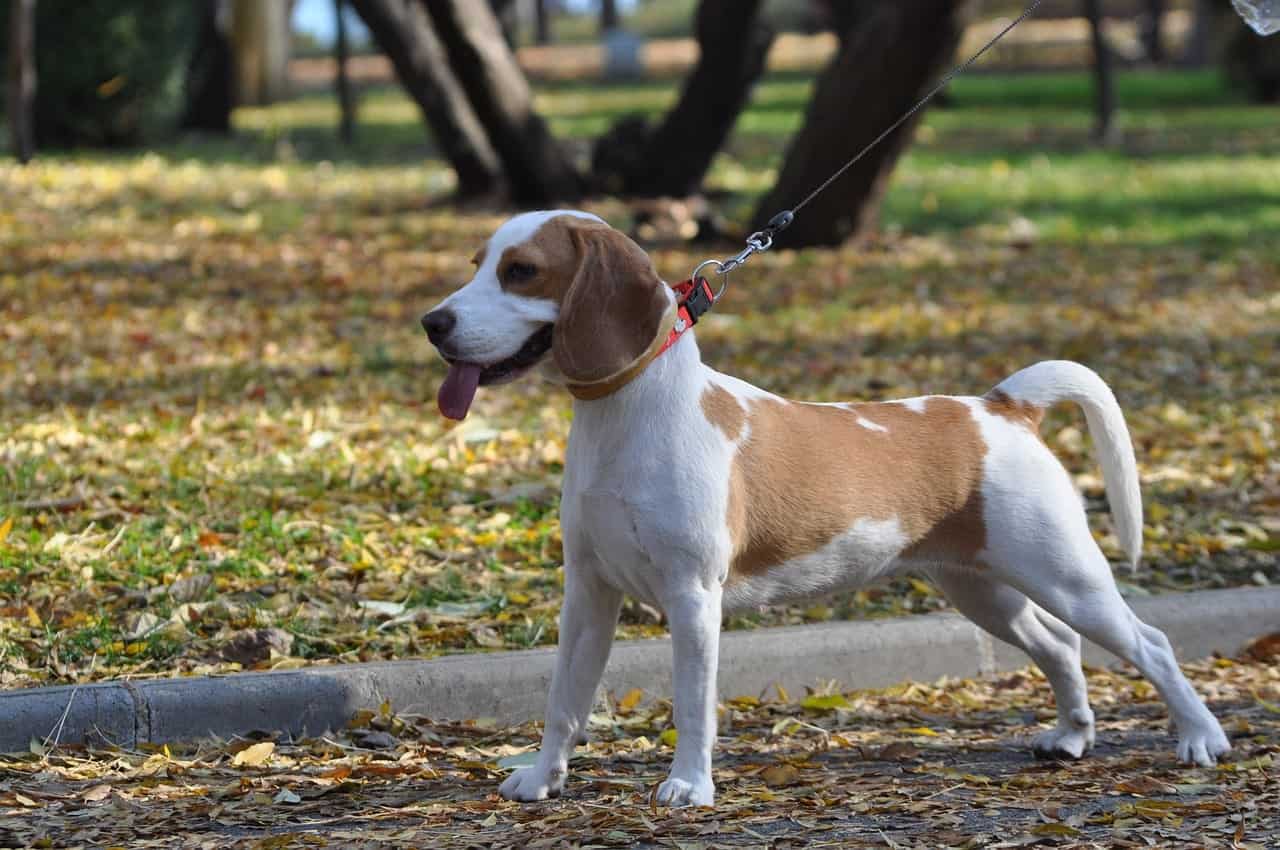 I have dog given. I was told she is shih tzu/poodle..wonder if she is bichon frise? A very unique dog..18 mos..very intelligent..+ stubborn. is there a way to tell which breed? her stomach has color of grayish brown with wt streak. she is 20 mos old. very cuddly but very picky of what she will eat. does not bark much.