Are Bichon Frises Smart? – Reasons Why the Bichon is Highly Intelligent

Bred to be loyal companions, the Bichon Frise is a toy breed with remarkably cute looks. With a teddy bear appearance, these dogs are among the most popular of toy dogs. And while they may look irresistible, many owners question their intelligence.

So, are Bichon Frises smart? According to Stanley Coren, the Bichon Frise is average for working & obedience intelligence. Out of 138 dog breeds, the Bichon ranked as the 75th smartest breed. But where these dogs shine is in adaptive intelligence, as Bichons are known to be highly capable problem solvers.

The Bichon may not top the list of the smartest dogs. In fact, they’re no where close. But as a companion dog, they really don’t need to be. Even so, let’s examine why the “experts” consider Bichons as average and what actually makes them intelligent.

The current list of smartest dog breeds is based on one type of canine intelligence, that is, obedience & working intelligence. The term was coined by pHD and canine psychologist, Stanley Coren.

Coren developed a criteria for measuring this type of intelligence and reached out to all the obedience trial judges in North America. Eventually, 199 judges agreed to help him assess dog breeds based on his criteria!

The criteria received a lot of praise and criticism. While it does have it’s flaws, it’s a great starting point for measuring dog intelligence. Coren based his trials on the following:

Keep in mind, not all dog breeds participated in the trials. In fact, only recognized breeds took part in Coren’s test. And out of the breeds that participated, only those with at least 100 responses qualified for the final intelligence rankings.

Bichons are recognized by both the American and Canadian Kennel Club. Plus, they’re one of the top 50 most popular breeds in America. It’s really no surprised they participated and qualified.

How the Bichon Performed

The Bichon Frise were “average” in dog intelligence. They came in 75th place out of 138 dog breeds. However, there’s nothing wrong with being average. Some of the world’s most popular dogs were average too!

For reference, the Shiba Inu, Dachshund, Great Dane, Havanese, Boxer and the Boston Terrier all scored average. That’s not bad company to be around!

Being average meant it took the Bichon 25 to 40 repetitions to learn a new command. In addition, Bichons will obey a known command (on the first try) just 50% or better of the time. It’s not the best, but certainly not bad at all.

For obedience & working intelligence, there’s a significant gap between the Bichon Frise and the world’s smartest dogs. As a matter of fact, they’re 3 classes below the top breeds.

The intelligence classes from top to bottom are the top 10, bright dogs, above average and finally, the average class. So how did the Bichon Frise compare to the top 10 dogs?

The smartest dogs needed fewer than 5 repetitions to learn a new command! At the very least, these dogs were 5 times faster at learning commands than the Bichon Frise.

These dogs were also some of the most obedient animals in the world. The top 10 obeyed a known command with a remarkable success rate of 95% plus.

So who’s in the top 10? These dogs include the German Shepherd, Labrador, Rottweiler, Golden Retriever and the Dobermann. It’s no coincidence that the smartest dogs are also your household name dogs.

Reasons Why Bichons Are Smart

Unfortunately, Coren’s rankings of smartest breeds was based on just one dimension of dog intelligence. According to the renowned researcher, there are two other components of IQ that are arguably more important.

Coren refers to instinctive and adaptive intelligence, which are much harder to objectively measure. Nonetheless, it’s important to understand these concepts in order to measure a breed’s true canine intelligence.

Instinctive intelligence refers to a dog’s ability or skill that the breed was developed for. In the past, all dogs were purpose-bred. In other words, they were bred for a specific role or job in mind.

For example, Golden Retrievers were bred to retrieve waterfowl (aquatic birds) from water after the hunter shoots them down. Their natural ability to retrieve game without much human training is their instinctive intelligence.

In addition to retrieving, this intelligence can include herding, pointing, hunting and even companionship. And while the ancestors of Bichon Frises were water dogs, the modern Bichons are bred for companionship.

The Barbichon group (later shortened to Bichon) has had a long history of companionship for hundreds of years. Developed in the Mediterranean region, Bichons likely started off as companion dogs to Spanish sailors.

I recently lost my dad and have been diagnosed with anxiety and I think Barney can feel that. Since my dads passing I have noticed a chance in his behavior.

Companion dogs know how to keep their owners company in the best way possible. The Bichon’s instinctive intelligence refers to their uncanny ability to understand your needs and emotions.

Chelsea, the Bichon owner, continues to explain how her dog adapts and reacts to her feelings and emotions by providing support:

I feel like since my dads passing, he has gone into over drive. If he sees me crying or senses that I’m not quite right, he will go out of his way to try to comfort me.

Chelsea’s Bichon Frise has the unbelievably ability to sense his owner’s emotions and as a result, provide comfort. They’re so good at companionship that Purina has them listed as one of the top companion dogs ever.

The final dimension of canine intelligence is adaptive intelligence. This is perhaps the most important, but hardest to measure. It refers to the dog’s ability to learn for itself, solve problems and learn from previous experiences.

In order to be a good companion dog, Bichon Frises must be able to learn about the owner’s needs and emotions. In addition, they’ll need to adapt to those emotions and provide relief when they believe is necessary.

Bichons are smart little dog! Mine knows too well that I’ll have to wash my hands instead of going back to sleep when he wakes me up by licking my hands.

The owner’s Bichon learned that licking the owner’s hands immediately gets him up. It’s not an example that screams “intelligent,” but clearly an example of high adaptive intelligence.

Another Bichon owner explains how his dog has picked up on environmental cues that led to spot-on “predictions” of the owner’s intentions. She tells us the story:

Depending on what I put on and/or take, she’ll know if we’re going to the dog park, for a walk or to grandma’s house. Like, sunscreen means ‘walk’ and purse means the pet store.

When it comes to adaptive intelligence, Bichons seem to have one of the highest among toy dog breeds. These are just a few stories that demonstrate this intelligence in these dogs. However, there are plenty more if you asked any owner.

Just understand that adaptive intelligence will not be the same for all individual dogs. Still, there’s a good chance Bichons will have exemplary IQ for this section.

Is Your Bichon Frise Smart?

Outside of obedience & working intelligence, dog IQ can be a little subjective. And because intelligence can vary by individual dogs, a good way to gauge the Bichon’s intelligence is by asking real Bichon owners.

We surveyed the Bichon Frise Subreddit and other dog forums to ask owners this question. Here’s what they had to saw about their toy dogs:

1. Rosatre says Yes: “My Bichon is SO smart! I’ve grown up with several different breeds, and she is tied in first place with my family’s corgi. She is well-trained in a unique way.“

2. Thechonslife says Yes: “I’m convinced Lucy knows maybe 80% of what I’m trying to say to her. She just chooses not to listen. My Bichon has selective hearing.”

3. Challam says Yes: “Our Bichon isn’t as smart as a Lab, but he’s clever and funny on purpose. He’s trained well (was trained when I got him) but only obeys when he wants to.”

4. Vforvictor says Yes: “My sister’s bichon is so smart that it’s amusing. She’ll always guide us to what she wants in the most clever of ways.”

5. Senzafine1 says Yes: “I think our bichon is smart when he wants to be and other times he pretends he’s not smart at all! Unfortunately, he’s not the greatest in training tricks.“

6. Mom2maggie says Yes: “She’s very smart. She understands so much of what we say, even if we don’t expect her to. After having her for just one week, she learned to ‘come’ with no problem.”

7. Earnestearns says Yes: “They may look like a typical clueless toy dog, but they’re sooo much more intuitive than they look. It’s scary how much they understand the world.”

8. Overexcitedkay says Yes: “One of the smartest dogs I have ever owned. It wasn’t just because he could learn any trick too.”

9. K8ie says Yes: “Our bichon was an incredibly intelligent dog. Very well trained and also loving. He would do all kinds of crazy tricks and you could point at literally ANYTHING and he would bring it to you.”

10. Amaryllis says Yes: “Bichons are the smartest little dogs. My mom’s bichons were so smart it was scary at times.”

Are Bichon Frises For Me?

If you’re looking for a small companion dog, look no further. There are a lot of great choices, but you really can’t go wrong with a Bichon Frise.

The Bichon is more “tightly wound” and very observant of you and your needs. We call them “velcro dogs” because they stick to you like glue. Really, every time you get up the Bichon will probably get up too.

And while they may not have scored high with obedience training, many owners have no problems training a Bichon Frise. The truth is, all dogs are smart enough to learn whatever you throw at them.

It’s more important to pick a dog breed based on your needs and their personalities. These dogs are always cheerful and have an optimistic view on life. And although they’re curious dogs, they don’t get into as much trouble as you’d think.

Bring home a Bichon Frise and you won’t regret it. There’s a reason why they’re one of the most popular toy companion dogs in America! 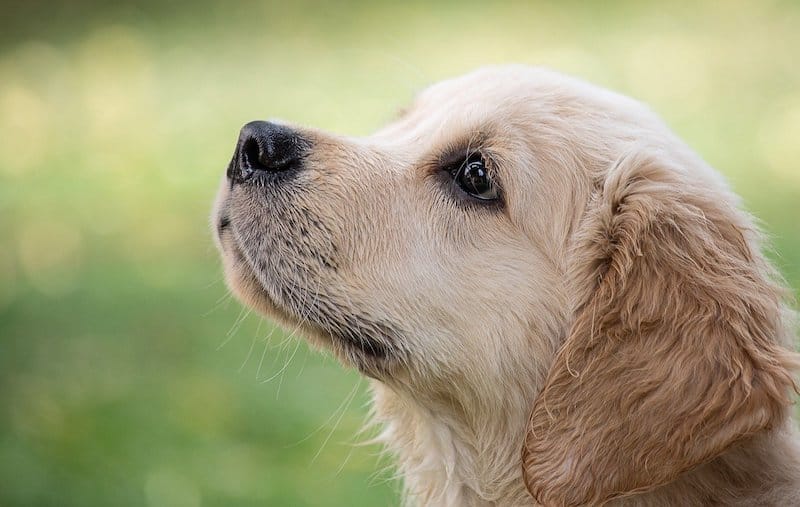 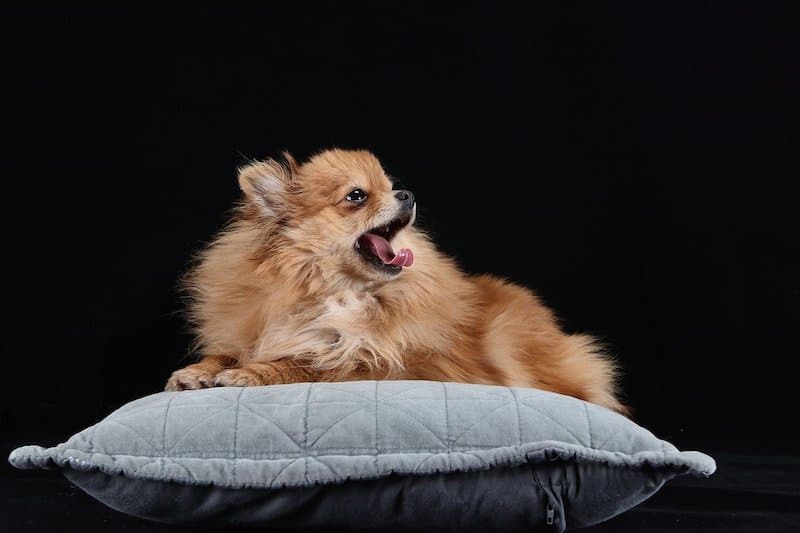 I have a Bichon and she is incredibly intelligent. So much so that at times it's really funny. Example:

I have a rocking chair in my room. My Bichon, Strawberry, has pretty much claimed that chair as her own. One morning I got up and sat in that chair to enjoy a cup of coffee. Strawberry decided my sitting in her chair was not appropriate. She came up to me and barked. I said no. She laid down in front of me with her butt to me which in Bichon is a way of saying "I'm really mad at you". 10 seconds later she turned around and barked again, this time a little louder. I said no, and she again laid down with her butt facing me. After repeating this several more times with each bark getting a bit more intense and each "No!" getting louder than the one before, she finally laid down, butt facing me, and I thought we were done. And we were...for about a minute. Then she got up and ran to the door and did her "I have to go outside" dance and bark. So I got up and walked to the door. Before I knew what hit me, she ran passed me, jumped in the chair, laid down, and looked at me with a "neener, neener, neener" look. I lost that round!