The Havanese is unique in many ways. For instance, they’re the only breed to originate out of Cuba. But despite the unusual origins, these little dogs are friendly, playful and a little comical. However, this bubbly personality may have new owners questioning the IQ of the Havanese.

So, are Havanese dogs smart? Havanese dogs are “average intelligent” dogs for both obedience & working IQ. In fact, they’re ranked the 79th smartest dog breed according to Stanley Coren. While the Havanese may not be the quickest learner, they excel in other areas of dog intelligence. These dogs are exceptionally great at learning from past mistakes or experiences. Plus, they’re true intelligence comes from their ability to read human emotions.

To understand just how smart the Havanese is, let’s examine how we measure dog intelligence. Furthermore, well look at the real reasons why these dogs are more intelligent than you think, despite their average-ability to learn commands.

How We Measure Havanese Intelligence

The studies we currently have on dog intelligence is not completely flawless in its measurement of true canine IQ. I admit, it’s really hard to take put much weight on this. However, given the difficulty of measuring intelligence in an objective manner, this is the best we have.

The list of most intelligent dog breeds was developed by canine psychologist, Stanley Coren. In his research, Coren established a criteria that basically measured how quickly a dog learns and how well they retain their training. This is essentially what’s called obedience & working intelligence in dogs.

With the help of 199 obedience trial judges from North America (AKC & CKC), Coren asked them to both evaluate and rank as many dog breeds based on his criteria. His criteria was the following:

Only dog breeds that had at least 100 evaluations qualified for Coren’s final list of smartest dogs. Given that the Havanese dogs are consistently in the top 30 for most popular dogs of America, they easily qualified.

How the Havanese Performed

The Havanese didn’t do too bad. They didn’t do great either. In fact, they were just “average,” and that’s perfectly okay. Still, they’re the 79th smartest dog breed out of 138 qualifying breeds. Impressive.

As for obedience, the Havanese will obey a known command on the first try with a 50% or better success rate. That’s a pretty obedient dog, in my opinion.

It’s okay to be an average intelligent dog. Some of the world’s most popular dog breeds are “average” too. For example, the Bichon Frise, Australian Shepherd, Siberian Husky, Greyhound, Dachshund and the Boston Terrier are in the same class.

Havanese vs. The Smartest Dogs

Havanese dogs are far from the world’s smartest dogs, at least for obedience & working intelligence. The smartest dog breeds are in a class of their own – they’re the the top 10.

For reference, these dogs are the German Shepherd, Golden Retriever, Border Collie, Poodle, Rottweiler, Dobermann, Labrador among others.

The smartest dog breeds are able to learn a new command with fewer than 5 repetitions! This means they’re at least 5 times faster at learning commands than the Havanese.

What’s even more impressive is how obedient the smartest dogs are. They’re able to obey a known command on the first try with a 95% or higher success rate!

Reasons Why the Havanese is Actually Smart

As mentioned, the Havanese isn’t “smart” in regards to obedience and working intelligence. But that doesn’t mean they’re not intelligent in other ways. Clearly, owners believe their Havanese dogs are smart, and we’re going to side with the owners. So why is this the case?

According to Stanley Coren, there are three dimensions of canine intelligence. We’ve already discussed the first type, but the other two are adaptive intelligence and instinctive intelligence. Both of which, are probably more important in determining true dog IQ.

But because obedience and working intelligence is the easiest to measure objectively, our smartest dogs list is based on just that component of IQ. However, to truly understand the intelligence of these amazing animals, we must look into these two other types of IQ.

Companionship Intelligence in the Havanese

Instinctive intelligence refers to the innate ability or special skillset that a dog was bred for. When dogs were being developed centuries ago, mostly all dog breeds were bred for a specific purpose or job in society.

This can be retrieving, pointing, hunting, herding or even supplying owners with companionship. No matter what the job was, they were developed for something “productive” in the world.

For example, the German Shorthaired Pointer was bred to locate and track birds. The fact that these pointer dogs are able to naturally “point” towards birds with little to no human training is their instinctive intelligence.

The only time he snuggles is early in the morning when I let him out of the crate. He mostly want to be close to me, not “on” me.

The Havanese dogs, on the other hand, were bred to be companions and used by Spanish traders as gifts and offerings to Cuban women. They did so to maintain good trade relationships with Cuba. As such, the Havanese became a staple of the home.

It’s worth noting that Havanese aren’t your typical lap dogs. Rather, they’re lively and tend to provide companionship through fun play and entertainment. They’ll stick by your side like all good lap dogs do, but won’t necessarily want to cuddle.

Companionship is, without question, the Havanese dogs’ instinctive intelligence. As such, they are great at understanding human emotions and communicating. After all, they are some of the best emotional support dogs! They can make friends easily.

The final dimension of dog intelligence is adaptive intelligence, which refers to how adaptable the dog is. For example, can the dog learn for itself and from previous experiences? Are they great at solving problems?

One Havanese owner gives us insight into how emotionally intelligent her dog is:

I love how emotionally intelligent my boy is. He’s easily the sweetest dog I’ve ever met and his ability to read people’s emotions and give them exactly what they need makes me love him even more.

The ability to understand human emotions is a clear cut sign of high adaptive intelligence in dogs. This Havanese can not only read emotions but reacts accordingly, making him highly adaptable. This also ties in with their instinctive intelligence.

Another owner tells us about her Havanese, saying:

This Havanese of mine – she’s so unbelievably sharp. I put the food, treats and toys in different cabinets. Depending on which one I’m walking towards, she’ll head straight there.”

This Havanese was able to quickly learn that each cabinet meant a different thing for her. Because she was able to learn this for herself, this is an obvious sign of high adaptive intelligence.

Although these are just two stories, just ask any Havanese owner! You’ll likely hear many more anecdotes just like these.

Is Your Havanese Smart?

A great way of understanding the true intelligence of a dog breed is by asking real owners. We surveyed the popular Havanese Subreddit and other forums to ask owners this very question. Here’s what they had to say about their dogs:

1. Ahhtasha says Yes: “I also love that he seems to be fairly smart for a little dog and not neurotic! My parents have a Bichon Poodle mix. And while I absolutely love him, my Havanese seems a bit smarter and less fearful of everything.”

2. Grassjellyman says Yes: “Never underestimate the intelligence of a Havanese. They may play dumb, but they’re probably just manipulating you…”

3. Gillyhappy1 says Mixed: “My Havanese gets tangled up every time he goes out on the chain. Every time! Sometimes he’s smart; most of the time not. But he’s so adorable!”

4. Stevensplaybk says Yes: “For some reason, my Hav seems like he has a good understanding of…everything. There are words we never taught him, yet it seems like he knows exactly what were saying.”

5. Theforevermachine says Yes: “I can’t get over how smart he is at such a young age… It blows my mind. He just inspects everything with his paws and by smell, he learns word associations faster than any dog I’ve ever met.”

6. Luvdogs2hav says Yes: “Housetraining and basic obedience training was a BREEZE with Ollie, my Havanese. They’re definitely more intelligent than people give them credit for.”

7. Joshtsavo says Yes: “Our first dog as adults was our Mollie, the Havanese. It’s absolutely amazing how smart they are and how quick you fall for them. She’s not at all like other dogs…you can see her thinking just about all the time.”

8. Rcjane says Yes: “The Havanese is not a dog that will enjoy obedience training, at least all the time. But they are definitely smart enough to learn fairly quickly.”

9. Dengar96 says Yes: “My Havanese is smart and stubborn! My guy knows his tricks and commands but sometimes he just decides he’s gonna look at you from across the room with a clueless face.

Owning an intelligent dog, such as a Havanese, is not always a great thing. With more intelligence, comes more responsibilities for the owner.

Typically, more intelligent dogs require more mental stimulation. Without the required stimulation, you could be seeing some destructive behavior!

Mental stimulation can come in the form of obedience training, brain games or activities. But not every owner has enough time, every single day. The solution? Smart toys and dog puzzles.

Here are some of my dogs favorite puzzles and toys that’ll help mentally stimulate your Havanese dog!

The StarMark Bob-A-Lot is one of my favorites. It’s a bobble toy that releases food if your dog tilts it in a certain direction. Plus, it also comes with a large chamber that can fit a whole meal!

If you’re thinking about this, make sure to get a size small for your Havanese. I highly recommend checking it out at Amazon here.

A fantastic dog puzzle that my dogs absolutely love is the Nina Ottosson Dog Puzzle. It comes in three different variations, but I went with the Hide N’ Slide.

Hide your Havanese’s favorite treats and they’ll spend a great deal of time figuring out how to move the sliders to get to their treats. It’s perfect for the Havanese, as they always enjoy a fun game.

If you’re interested, I highly recommend checking it out here at Amazon.

These are the two that I can recommend because I’ve personally used them with my dog. In fact, there are a ton of great smart toys and dog puzzles on Amazon that your Havanese will love.

What’s more important is that you get them something to help with mental stimulation.

Is the Havanese For Me?

The Havanese is a great fit for nearly anyone looking for a small dog breed. They’re fun-loving and entertaining – meaning many hours to enjoy with these dogs.

When picking a dog breed, it’s important that you don’t pick one based on how “intelligent” they are. All dogs breeds, including the Havanese, are more than capable of learning all the basics.

And if you decide to go with the Havanese, you won’t regret it. They’re one of the most popular lap dogs for a reason. 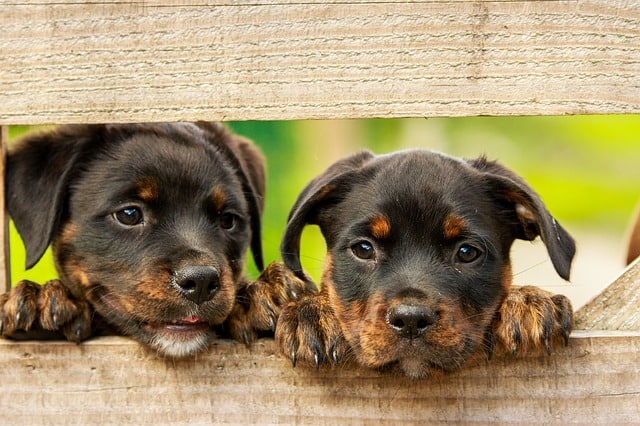 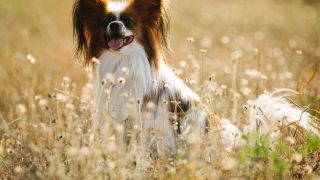 Next →
10 Most Interesting Papillon Facts You Never Knew
Click here to cancel reply.