The Boston Terrier is not your typical terrier. In fact, they’re not even in the terrier group. What makes them different is their friendly and cheerful personalities. But as a potential owner, you question these charming dogs’ intelligence.

So, are Boston Terriers smart? Boston Terriers are tied for the 100th smartest dog breed (out of 138) when it comes to obedience and working IQ. While this places them in the “average intelligent” category, Boston Terriers are known to be great communicators and excellent at adapting to all types of environments and/or people. Thus, making them smarter than you think.

Despite their relatively low intelligence ranking, Boston Terriers are by no means dumb dogs. They’re fantastic workers turned companions, with the ability to learn for themselves. We’ll examine why they ranked so low and reasons why they’re actually smart terriers.

So, how did experts conclude that Boston Terriers have average intelligence? The research and trials that ultimately led to the list of smartest dogs can be credited to Stanley Coren, a canine psychologist from the University of British Columbia.

With the help of 199 obedience trial judges from the American and Canadian Kennel Club, Coren was able to collect enough data to rank dog breeds by working & obedience intelligence. Though, not all dog breeds participated in the dog intelligence study.

Based on the criteria that Coren had formulated, the obedience trial judges evaluated and ranked as many dog breeds as they could find. The criteria that the judges followed was the following:

Coren received a huge response – much larger than he had expected. Still, he wasn’t able to include every dog in his final rankings. Only dog breeds that received at least 100 responses were qualified for his list. Fortunately, the Boston Terrier made the cut.

Additionally, only dog breeds recognized by the AKC and CKC participated in the trials. This meant that some popular breeds, such as the American Pit Bull Terrier, did not participate. In addition, some of the more popular mixed dog breeds were excluded.

How the Boston Terrier Performed

The Boston Terrier didn’t perform terrible. They were just “average.” But don’t feel too bad. There’s nothing wrong with being average, as some of the most popular dog breeds in the world are in the same dog intelligence class.

For reference: Australian Shepherds, Siberian Huskies, Great Danes, Greyhounds, Dachshunds and the Shiba Inu are all average intelligent dogs. In fact, there are 42 different dog breeds that scored in the same class as the Boston Terrier!

So what does this mean? Being average meant that the Boston Terrier was able to learn a brand new command with just 25 to 40 repetitions. It may take a day to learn a new command. Even less, if it’s a simple and straight forward command.

On the other hand, Boston Terriers were capable of obeying a known command on the first attempt 50% (or more) of the time. Not too bad considering the success rate is for the first try. They’re not only decent learners, but fairly obedient too!

Boston Terriers vs. the “Smartest Dogs”

According to Stanley Coren, the smartest dog breeds are the top 10. They’re in a dog intelligence class of their own. There’s no denying how impressive these top 10 dogs are. However, how do they compare to Boston Terriers?

The most intelligent breeds are able to learn a new command with 5 repetitions or less! For simple commands, you’d be able to teach your dog in a few minutes. The more complex commands will still take no more than 30 minutes on average.

What’s even more impressive is that these breeds are capable of obeying a known command (on the first try) with a 95% or better success rate. They’re some of the most obedient pets or animals in the world – thanks to their work ethics!

Just for reference, the top 10 smartest dogs are your Rottweilers, German Shepherds, Poodles, Labs, Golden Retrievers and Doberman Pinschers. If you haven’t noticed already, these dogs are some of the most popular dog breeds (coincidence or not?).

As mentioned, Boston Terriers are barely in the top 100 for most intelligent dogs. Why then, do so many owners claim to have a smart Boston Terrier? Could it be some sort of owner bias, or is there more to the Boston Terrier than Stanley Coren says?

The problem with Coren’s dog intelligence rankings is that it’s based on just one dimension of dog IQ, that is obedience and working intelligence. And while this is a great way to start, it doesn’t tell you the full story when it comes to dog IQ.

Although we think there’s certainly a correlation between how quickly dogs can learn commands and intelligence, it isn’t enough. Just because your Boston Terrier doesn’t obey you does not mean he or she doesn’t understand what you want.

With that said, Boston Terriers are very stubborn dogs. They’ll often go on their stubborn streaks and require a lot of patience with obedience training. And according to Top Dog Tips, they’re one of the 15 most stubborn dog breeds!

Being stubborn and independent doesn’t mean the Boston Terrier doesn’t enjoy human companion. It is just that they enjoy “getting their way” and doing what they want. Unfortunately for owners, this may mean a more difficult time with obedience.

Frankie will pick and choose when to obey my commands. I know he fully understands what I’m saying because he’s done it. But when I have treats, it’s a different story.

These dogs don’t enjoy sitting through obedience training. Rather, they’re much better off hanging out by your side or romping around in the backyard. Plus, a Boston Terrier may not always be eager to stick by your side like most “velcro dogs.”

So because of the stubborn nature of the Boston Terrier, is it really that surprising that they ranked so low for obedience and working intelligence? It’s not that they’re incapable of obeying and learning in a quick timeframe. Boston Terriers just aren’t as excited to “work.”

Boston Terriers are notoriously difficult to housebreak. Nearly any owner you ask will tell you the same thing. It’s all part of their stubborn personalities. One owner says, “they are incredibly loving and cuddly and smart. But they’re also notoriously hard to potty train.”

Another owner tells us, “Piper (Boston Terrier) is VERY stubborn and refuses to go potty outside when she does not want to. We even got her coats and sweaters for when it is colder outside.”

My fiancé will spend the good part of 30 minutes outside with her to make her poop.

By nature, dogs will not soil where they sleep. They want to stay clean. So by keeping the dog in a crate for long periods throughout the day, you’ll be able to give them “bathroom breaks” on the potty pads or outside. It’s the best way to housebreak your Boston Terrier.

There’s no doubt, the Midwest Homes iCrate is the best dog crate you can get. It’s the crate that we have used on all our dogs. It’s built with high quality and has all the convenience features you’d want in a crate (removable tray, dividers, collapsible design, etc.).

Boston Terriers are actually much more intelligent that people think. Don’t be fooled by the “experts” and their rankings. As discussed, the rankings covered just obedience and work intelligence. This IQ measures the ability to learn, recall and obey commands.

However, the other two dimensions of dog IQ are adaptive and instinctive intelligence. And according to Coren, they may be even more important. It’s just that there is no objective way to measure the other two types of dog intelligence.

Fighter and hunter, into true companions

Instinctive intelligence refers to the innate ability or skill that was bred into the dog. Believe it or not, all dog breeds were developed to help with tasks in society. For example, Australian Shepherds were bred to be herding dogs.

Consider this: Australian Shepherds are born with the instincts to herd livestock with very little to no human intervention and training. This innate ability to round up livestock, organize them and direct them towards a direction requires instinctive intelligence.

Boston Terriers were originally bred to be scrappy fighters. In addition, they were also used as vermin hunters in factories. That’s right – they were once fearsome dog fighters in the ring. However, they’re mainly bred to be companions and show dogs today.

In fact, Boston Terriers were bred down in size to make them better companions in the home. Plus, the temperaments were altered so that they were calmer and more docile dogs. The result is what you see today, a loving and fantastic companion.

The last and final dimension of canine intelligence is adaptive intelligence. This refers to the ability of the dog to learn for itself – through past experiences and the environment. In addition, this is the area where the Boston Terrier truly excels.

Generally, dogs that are great at problem solving and have a good understanding of the situation or environment have high adaptive intelligence. And because this is almost impossible to measure, we have to rely on stories and anecdotes from owners.

For example, one Boston Terrier owner tells us:

My Boston is so incredibly smart! I feel like she knows exactly where we’re going when we head out the door.

She continues by saying, “depending on what I bring out with me, she knows if we’re going to go for a walk. Even if I just put on some sun screen or sunglasses.” Because her Boston Terrier was able to learn from environmental cues, the dog’s adaptive intelligence is high.

It’s important that you don’t bring home a Boston Terrier or any dog based on how intelligent they are (according to the experts). Instead, find a dog breed that matches you and your personality! Fortunately, Boston Terriers are great in nearly any situation!

Is Your Boston Terrier Smart?

We believe the best way to answer this question is by asking the owners of Boston Terriers. So, we decided to survey the popular Boston Terrier Subreddit (and other dog forums) for responses to this question. Here’s what they had to say:

1. Biddleswife says Yes: “They are great dogs, they require time and patience just as any dog would as far as training goes. They are very very smart, they are just sometimes a bit stubborn with potty training.”

2. Lancasterman2 says Yes: “Boston Terriers are some of the smartest dogs i’ve owned….they’re just not as obedient as other breeds. If you’re looking for biddable dog, look elsewhere.”

3. Evilangel217 says Yes: “We had a Boston who unfortunately passed a few years back of old age. He was very intelligent and learned really quickly.“

4. Inclusivefitness says Yes: “They are very sensitive and very smart. I have a Boston and a bulldog mix. The Boston is clever and will get into things, but you can’t use a loud voice with him, the bulldog is dumb as a brick and you need to be firm with her.“

5. Instntnoodlez88 says No: “My Boston Terrier is not smart at all. He’s adorable, entertaining and affectionate but is not the brightest when it comes to canine problem solving.”

6. Ninjashira says Mixed: “I swear, Bostons are always either the smartest dogs I’ve ever met, or dumber than a box of rocks. But they are always super sweet and cuddly and goofy!”

7. Woot26 says Yes: “I love our Boston because the shedding is at a minimum, the size/energy level is great for city living and she is very smart.“ 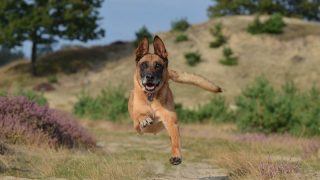 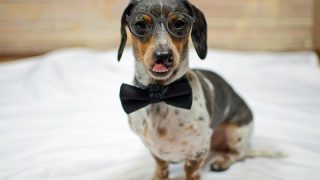 Next →
10 Most Interesting Dachshund Facts You Won't Believe
Click here to cancel reply.

I'm 64 and have owned my share of pups over the years (including a German Shepard). Our 15 month old Boston is, by far, the SMARTEST dog I've ever owned...in every aspect/respect. Wouldn't trade her for another breed.