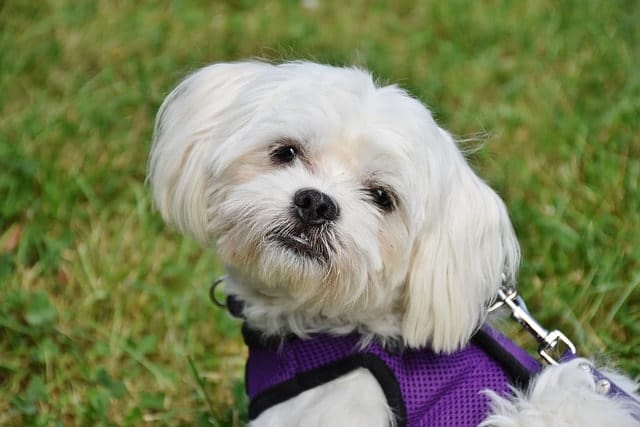 The Maltese is known for its stunning coat with long locks of hair. They’re docile and playful, but come with a charming personality that’s hard to resist. But are Malteses smart dogs? How smart are they?

The Maltese is a “below average” intelligent dog breed when it comes to obedience and working intelligence. In fact, they’re the 111th smartest dogs out of 138 qualifying breeds. Still, they excel in other areas of dog IQ, such as adaptive and instinctive intelligence.

According to the “experts,” these dogs aren’t as intelligent as many other dog breeds. But it doesn’t mean that the Maltese isn’t smart. Let’s examine why they rank low for dog intelligence and what actually makes them smart dogs.

Measuring the Intelligence of a Maltese 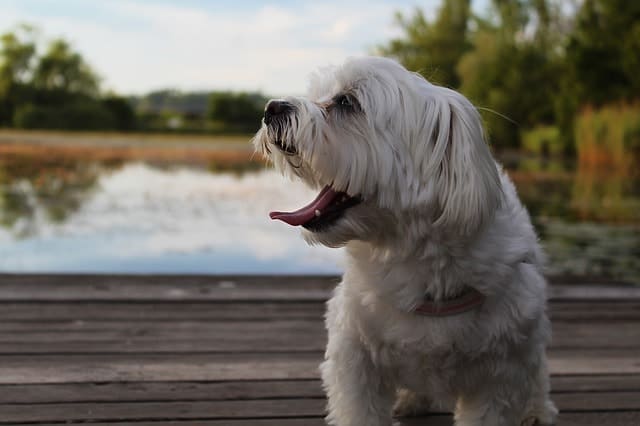 Before we get into why the Maltese had been unfairly labeled as having below average dog intelligence, we need to understand how intelligence is measured.

The world’s smartest dog breeds list has been largely credited to canine psychologist and pHD, Stanley Coren. He had the help of 199 obedience trial judges from North America for his research.

Using Coren’s criteria, the obedience judges were able to evaluate and rank several dog breeds for his research. Unfortunately for the Maltese, the criteria was based on primarily obedience and work ethic. Here’s what his criteria was:

Coren received a big response from the obedience judges. And although many dog breeds participated in the trials, only breeds with at least 100 evaluations were included in Coren’s final list.

In addition, only dog breeds recognized by the AKC or CKC participated in the trials. Similarly, no mixed dog breed participated as there are simply too many variations.

How the Maltese Performed

The Maltese didn’t perform well in Coren’s trials. They were the 111th best performing dog breed, which placed them in the “fair intelligence” category.

This meant that the Maltese needed 40 to 80 repetitions to learn a new command. It could take a whole day to teach a Maltese a new command.

Furthermore, the Maltese will obey a known command on the first try with a 30% or better success rate. Though this may seem low, it doesn’t mean the Maltese didn’t understand the command. They’re just not the most obedient dogs.

For reference, there are a ton of popular dog breeds in the same intelligence class as the Maltese. For example, the Pug, Chihuahua, Great Pyrenees and Saint Bernard are all fair intelligent dogs.

Maltese vs. the Smartest Dog Breeds

The Maltese didn’t even crack the top 100. So how did they compare to the world’s smartest dog breeds? Namely, the top 10 most intelligent dogs?

The top 10 dogs are able to learn a new command with less than 5 repetitions! This means that they’re at least 8 times faster at learning commands than the Maltese.

What’s even more impressive is that the smartest dogs will obey a known command on the first try with a 95% or better success rate. These dog breeds are around 3 times more obedient than the Maltese!

Coincidentally, the smartest dogs are also some of the most popular dogs too.

For reference, the Border Collie, German Shepherd, Poodle, Golden Retriever, Doberman Pinscher, Rottweiler and Labrador Retriever are all in the top 10.

Owners: Is Your Maltese Intelligent? 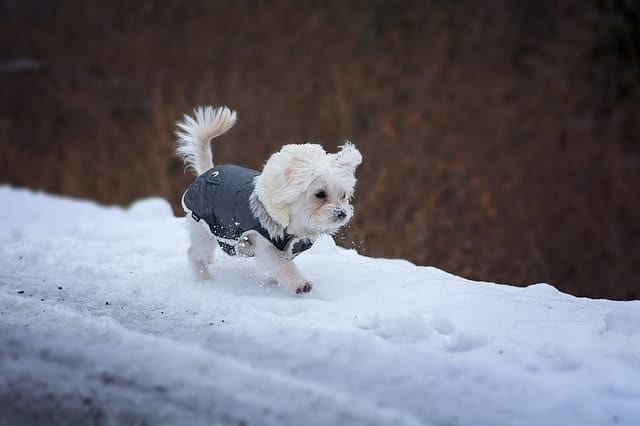 The best way to gauge how smart Maltese dogs are is to ask the owners. For this reason, we surveyed the Maltese Subreddit to ask owners this question. Here’s what they had to say about their dogs:

1. Zekeyielz says YES: “I have no idea how Malteses ended up so low on the smartest breeds list, but they’re quite clever and smart. My dogs a bit stubborn, but I’m 99.9% sure he understands everything I’m saying.”

2. Zainab1700 says YES: “My dog is very intelligent and gets along great with both dogs and cats. We had a cat when he got him and he never had any trouble with her at all.”

3. Ocolyctpsis says YES: “They are quite intelligent, in my experience, and in general aim to please. Basic manners (sit, stay, loose leash walking) are easy enough as long as you are consistent.”

4. Simricky1977 says MIXED: “I have two Maltese and though they’re both stubborn dogs, Milo is much better at learning (not commands) than the other. He has very good understanding of the world…”

5. Psycho2psycho says YES: “I have a female Coton (3) (11lbs) and a male Maltese (2) (7.5 lbs). They have very similar personalities and intelligence levels. Both were easy to train, sweet and all around wonderful dogs.”

6. Thorinoakenbutt says YES: “I’ve had my Maltese since he was a puppy and he’s the smartest dog I’ve ever had. He learned sit the first day I had him at like 6 weeks old. He knows sit, shake, lay down, sit pretty, back up, crawl, twirl, roll over, stick em up, bang!”

7. Shamlortherok says NO: “Trying to train my Maltese is one of the hardest things i’ve ever done. Yeah…she’s not the brightest bulb but she’s the most lovable dog ever.”

8. Wazawhatami says YES: “Never underestimate their intelligence. That’s what I did because I’ve heard they were ‘dumb dogs’ only to find out i’ve been manipulated by these little fur balls.”

9. Timewrnleer198 says MIXED: “I think with the Maltese it’s a hit or miss for intelligence. My family has owned these dogs all my life…some were ‘smarter’ than others and easier to train.”

10. Dennsroberts1n says YES: “My Maltese is a super smart dog..and it’s a bit comical. I don’t know why people even question their intelligence.”

Why the Maltese Rank Low 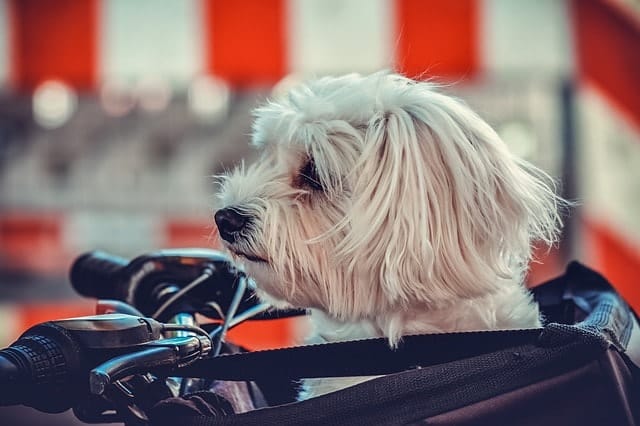 Given how many Maltese owners believed they had a smart dog, why did they rank so low for dog intelligence? Can we explain the low rankings?

When it comes to dog IQ, it’s really hard to standardize a test. In Coren’s case, he based canine intelligence off obedience and working intelligence. Though it’s a great start, it doesn’t tell the whole story.

Obedience and working intelligence is the easiest to objectively measure. Thus, it was used. But just because a Maltese doesn’t obey a command doesn’t mean he/she doesn’t understand what was being asked.

The Maltese is a dog breed that’s known to have a stubborn personality. They can certainly go on their stubborn streaks from time to time.

One Maltese owner said, “my Maltese is soooo stubborn. He won’t do any commands and play dumb. But when I have a treat in my hand, he’s the most obedient dog ever. Kind of hilarious.”

With a stubborn personality, it makes sense that a Maltese wouldn’t perform well on an obedience test. Just understand that obedience isn’t everything when it comes to intelligence.

This means that these dogs aren’t velcro dogs. In other words, they not as dependent on their owners as some other dog breeds. They’re not so eager to do your bidding.

All the known independent dog breeds are coincidentally dogs that don’t rank high on Coren’s smartest dogs list. Though they may understand what you’re saying, they just don’t want to do it.

Why the Maltese is Smart 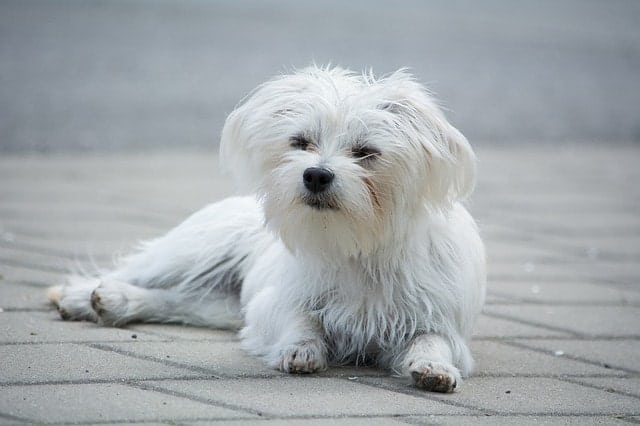 As discussed, obedience and working intelligence was used for Stanley Coren’s smartest dogs list. But there’s so much more to canine intelligence than just that.

The other two dimensions of canine intelligence are adaptive and instinctive intelligence. Both of which, are crucial to measuring a dog’s true IQ.

Instinctive intelligence refers to the innate ability or skill that a dog was bred to do. Though most dogs are companions and family dogs today, that wasn’t always the case.

For example, Border Collies are some of the best herding dogs in the world. The fact that they instinctively know how to round up livestock and guide them towards a direction requires instinctive intelligence.

Despite their small size, the Maltese was bred to be a hunter. Specifically, they were bred in Malta to hunt pesty rodents and other vermin.

In contrast, adaptive intelligence refers to the ability for the dog to learn for itself. Is your Maltese good at problem solving and learning from previous experiences?

Fortunately, we have enough evidence (stories from owners) that suggest the Maltese has high adaptive intelligence.

For example, one owner tells us: “my Maltese has learned which is coming down the stairs based on the sound of the stairway creaking when coming down.”

She adds, “my brother is the one that takes the dog out for walks, so Pippa will often get really excited and run towards her leash when he’s on his way down.”

This is a clear cut sign of high adaptive intelligence. If you asked a Maltese owner, you’ll likely hear similar stories about how adaptable and great learners they are.

Is the Maltese for You?

Never pick a dog breed based on intelligence. The truth is all dogs, including the Maltese, is capable of providing you with everything you need in a companion and family pet.

Dogs don’t really need to be that smart. Unless they need to be trained for a specific job as seen with police and military dogs, there’s no reason to choose a “smart” dog.

Instead, you should consider the temperament and personality of the dog. Does the dog breed match your personality and your needs?

Malteses are the perfect playmates for both adults and children. They’re friendly and have a cheerful personality that all dog lovers can appreciate.

If these dogs are for you, you won’t regret bringing home a Maltese.