The Australian Cattle dogs are arguably the best cattle-herding dog in the canine kingdom. Few dogs can even be mentioned in the same breath. I mean – they’re literally called the “cattle” dogs. But there’s a lot to these dogs than just their superior herding instincts.

If questions like these intrigue you, stick around. In today’s article, we’re counting down 10 little-known Australian Cattle dog facts that you won’t believe. And that all starts right here, on The Smart Canine – the only source that explores the most interesting facts behind dogs.

10. The oldest living dog ever recorded was an Australian Cattle dog.

According to the Guiness Book of World Records, the oldest individual dog to ever be officially recorded was an Australian Cattle dog named Bluey. Bluey was born in the year 1910 and lived an incredible 29 years and 5 months.

Unfortunately, the cattle dog was put to sleep due to the health issues and subsequent pain that came from old age. Had Bluey not been humanely put to sleep, he would have lived for even longer!

However, Bluey may not be the living dog breed ever. In fact, there was an Australian Kelpie, named Maggie, that lived over 30 years before passing! The problem was that Maggie’s real age could not be independently verified, so she couldn’t officially take the title away from Bluey.

Apparently, Maggie’s owner lost her papers many years ago. But according to the owner, Brian Mclaren, Maggie’s health was great for nearly all 30 years. It wasn’t until the final few days of her life that her health started to quickly deteriorate.

Fun fact. Both Maggie and Bluey lived on an Australian farm. Perhaps the key to a long and healthy dog’s life is living the farm life?

When it comes to Hollywood stars and their furry pets, a few dog breeds come to mind. Many of the most popular celebrity dogs are Poodles, Pomeranians, German Shepherds and so many more. But there are some stars that own these amazing heelers.

For example, Owen Wilson is famously known for bringing his heeler, named Garcia, everywhere he goes. Paparazzi would often catch Wilson walking along the beach with his dog or letting his dog walk by his side while he scooters.

And don’t forget Matthew Mcchanoghey’s heeler, named Foxy, who he often runs along the beach with. Even rockstar legend Steve Earle has an Australian Cattle dog.

The hilarious ads featured Rodgers alongside his pet Australian Cattle dog, who he’s always hanging out with in the commercials. And while the commercials were great, the heeler didn’t actually belong to Rodgers in real life.

8. Many Australian Cattle dogs have the “Bentley Mark.”

Australian Cattle dogs come in all shapes, sizes and colors. It’s what makes these dogs so special in many ways. However, there is one physical characteristic that many heelers have – that is, the “Bentley mark.”

Others commonly refer to it as the Bentley star, but either way, it’s a patch of white fur that appears on the dog’s forehead. It doesn’t matter what coat color the dog has, all can potentially have this physical trait.

And this patch of white fur can range anywhere from a large group of hair to just a few strands of white. Back then, Bentley’s dog was a popular and famous stud that dazzled the world with his good looks and work ethic.

A black tail-root spot seen in blue cattle dogs is also believed to come from Tom Bentley’s dog. So let us know in the comments, does your heeler have the Bentley mark?

7. Their nickname “heeler” comes from their style of herding.

Ever wondered why Australian Cattle dogs are often called “heelers?” Well, it’s really because of their herding techniques. After all, not all herding dog breeds herd the same.

For example, Border Collies tend to stalk sheep and stare them down with their intense eyes to get them to move. Or others like the New Zealand Huntaway will use their loud, deep barks to drive sheep.

However, the approach of the Australian Cattle dog is to nip at the heels of sheep. And because they’re biting the heels of livestock, they’ve been appropriately nicknamed the Heeler. So next time your cattle dog starts to nip at you, just know that it’s their instincts!

6. Australian Cattle Dogs go by a ton of names.

We already discussed why they’re called Heelers, but depending on their coat color or where they’re located, these dogs can go by many aliases.

In fact, the most common name for these dogs wasn’t even the Australian Cattle dogs. Before that, they were most widely known as Australian Heelers.

5. Australian Cattle dogs are not born with their stunning coats.

When you think about the Australian Cattle dog, you probably imagine their breathtaking red or blue coats. The contrast of colors with patches is always a head-turner when people see them.

But despite being known for their amazing colors, both Blue and Red Heelers are born with a solid white coat – with the exception of potentially some light markings on the faces.

However this white coat doesn’t last for very long. Puppies tend to grow color fairly quickly. And by the 6th week, it’s very likely that the full colors of the coat may already be visible. It’s kind of similar to how spotted Dalmatians are born with a solid white coat too.

4. Australian Cattle dogs are one of the most intelligent dog breeds ever.

If you already own a cattle dog, then you probably already know that they’re wicked smart. But what actually makes these herding dogs so intelligent?

According to canine psychologist Stanley Coren, the Australian Cattle dog is the 10th smartest dog breed in the world (out of 138 qualifying breeds). In his research, Coren measured one dimension of dog intelligence, called “obedience & working intelligence.”

So what exactly does this mean? Well, It means that these dogs are capable of learning a new command with fewer than 5 repetitions! In other words, a few minutes may be all it takes to teach them a new trick.

It also means that cattle dogs are able to obey a known command, on the first try, with a 95% or better success rate! Few dogs are as obedient as the cattle dogs!

And if you’re wondering, the cattle dog’s scores are comparable to the Border Collie, German Shepherd, Doberman Pinscher, Labrador Retriever and many more.

The two are distinct breeds with their own bloodline. In fact, the only things the two breeds have in common are that they both originate from Australia and that they both were bred for herding.

But if you take a closer look, you’ll notice that the Stumpy Tail looks quite different. They have a much squarer frame with a shorter back. Their heads have a more distinct wedge shape, and their legs are noticeably longer than the cattle dog’s.

2. An Australian Cattle dog performed CPR on his owner, and saved his life!

In 2007, a Queensland-based cattle dog, named Teka, was in the right place at the right time. While working in his glass factory, Teka’s owner Jim had collapsed unconscious due to a massive heart attack. Fortunately for the 79-year-old, his loyal cattle dog was close by.

Teka immediately sprung into action by repeatedly jumping up and down on Jim’s chest while barking.Surprisingly, Jim’s heart kick-started and he woke up. When the cattle dog realized his owner was awake, he went out to bark at Jim’s son to try to get help.

Medical experts still aren’t sure whether Teka’ actions were really what re-started up Jim’s heart. But they do know one thing for sure. Without Teka, Jim wouldn’t be alive today.

1. A Blue Heeler that fell overboard survived by herself on an island for months.

Perhaps one of the craziest dog stories in canine history involves an Australian Cattle dog named Sophie Tucker. In November of 2008, the cattle dog and her owners went on a sailing trip around the Australian Queensland coast, as they often did.

This wasn’t anything out of the ordinary. However, according to owners Jane and Dave, the boat suddenly hit a rough patch and the weather flipped real quick. One second the dog was there, the next second she wasn’t.

Most dogs wouldn’t have made it, but Sophie did what seemed like an impossible feat. She swam 5 nautical miles over shark-infested waters to St Bees Island.

After the first big hurdle, Sophie needed to keep herself alive on an island inhabited by mostly wild animals. So she hunted feral goats and kept herself safe by digging holes and creating her own den.

But after 5 months, rangers finally found Sophie and reunited her with Dave and Jane. The story was so crazy and unbelievable that author Emma Pearse eventually wrote a book on the incredible survivor tale of Sophie.

So what is your favorite Australian Cattle dog fact? Was there any that we missed? Let us know in the comments section below! 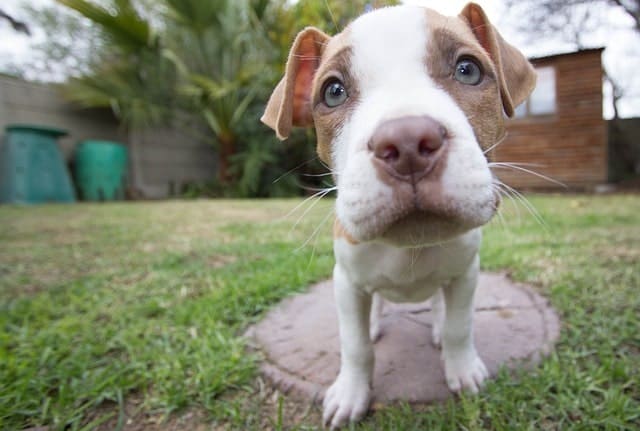 ← Previous
What Are Pit Bulls Bred to Do? - The Roles, Jobs & Dark History of the Pitbull 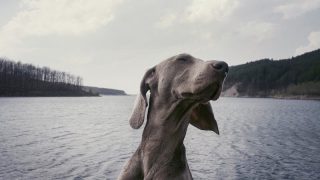