There’s no dog breed like the Pomeranian. Their puffy coats, adorable smiles and charming personalities are a big reason why they’re one of the world’s most popular dog breeds. But there’s a lot to these dogs than just their shiny glamorous coat and bubbly personality.

Like did you know that Pomeranians were once herding and sled dogs? Or that the most popular dog on social media is a Pomeranian? Interested in learning how one Pomeranian almost prevented Isaac Newton from publishing theory on the Law of Gravity?

If questions like these intrigue you, stick around! In today’s article, we’re counting down the 10 most interesting Pomeranian facts that you never know. And that all starts right here on The Smart Canine, the only show that explores the most interesting stories and facts behind dogs.

10. A Pomeranian is the world’s fastest dog on two paws.

When we talk about the world’s fastest dogs, the Greyhound often comes up. And then there’s also the Whippet, Borzoi, Vizsla and Jack Russell Terrier too. But did you know the fastest dog on two paws is actually a Pomeranian?

Jiff blew the previous records and completed his runs in just 6.56 seconds for the 10 meters and 7.76 seconds for the 5 meters. In other words, Jiff can walk 3.4 miles per hour – just slightly faster than a human’s average walking speed!

But that’s not all! Jiff often performs all types of tricks and stunts, including skateboarding and stamping his paw for an autograph. Next time you’re at Hollywood’s Walk of Fame, be sure to look out for Jiff in one of his many street performances.

9. The Pomeranian is one of the most “colorful” dog breeds in the world.

We already know that Pomeranians are colorful on the inside, but did you know they’re arguably the most colorful dogs on the outside too? According to the AKC breed standard, there are 18 recognized coat colors, along with 9 different markings for the Pomeranian.

In fact, two coat colors, called the beaver and beaver sable, are unique to the Pomeranian. All in all, there are about 23 color combinations that the AKC will officially accept.

And just for reference, there are about three colors to choose from on average when it comes to all dog breeds in the canine kingdom. So if you’re thinking about bringing home a Pomeranian, you’ll have plenty of pictures to look at and options to choose from!

8. A group of Pomeranians is called a “tuft.”

To our knowledge, there are only three dog breeds that have collective nouns. The other two are the Pugs and Greyhounds. A group of Pugs is called a “grumble,” while the pack of Greyhounds is called a “flash.”

7. The most popular dog on social media is a Pomeranian.

In the past few years, dogs have become no stranger to social media. With the recent explosion of dog influencers, is it really a surprise that we have superstar dogs on social media?

Jiff the Pomeranian, (and yes…the same one that set those world records) is the most popular individual dog on Instagram with an astonishing 10 million followers! No other dog on the social media platform even comes close! In fact, coming in at second place is Doug the Pug, who has less than half of Jiff’s followers!

But what’s even more amazing is Boo the Pomeranian. On Facebook, Boo has garnered a remarkable 15 million followers on his Facebook fan page, making him the single most popular dog on all social media networks.

Unfortunately, Boo passed away in 2019 – leaving millions of dog lovers and fans in tears. The superstar dog started experiencing heart problems in 2017 after his best friend passed away. Apparently, Boo passed due to a broken heart.

6. A Pomeranian will change coat color throughout its life.

Fun fact: did you know that Dalmatians are born without spots? The spots actually develop as the dogs mature in life. It’s kind of like how a Pomeranian’s coat will change colors from birth to adulthood! Well, this is mainly true for some colors and not all.

For example, “orange sable” coats tend to be a few shades darker when the dog is still in puppyhood. And as the dog matures and ages, the darker color will gradually morph into a lighter beige with the intended standard color arriving once the dog reaches full maturity.

So just because your Pomeranian puppy has a beautiful white coat, doesn’t mean the coat won’t change into a light beige as an adult dog. And don’t freak out if the colors do change. Just remember that it’s completely normal for Pomeranians!

5. Queen Victoria was obsessed with Pomeranians.

Queen Victoria’s reign over Great Britain was one of the most influential, having made great advances in science, culture and infrastructure. However, some may argue that her love and obsession for Pomeranians had the greatest impact on the breed.

Like how Queen Elizabeth brought fame to the Welsh Corgi, Queen Victoria did the same for the Pomeranian. In 1888 when the Queen visited Florence, Italy, she instantly fell in love with the Volpino Italiano. These were small spitz-type dog breeds that are very closely related to the modern-day Pomeranian.

When she returned, she immediately brought in four new Pomeranians into the royal home. And because of the Queen’s influence over pop culture, Pomeranians exploded in popularity – becoming the trendy and fashionable toy breed to own.

So just how obsessed was Queen Victoria with Pomeranians? Well, at one point, she had 35 Poms in the royal kennels!

4. They’re not called Pomeranians because they originate from Pomerania.

So where did the name “Pomeranian” actually come from? These dogs were popular in a region nestled between Poland and Germany, called Pomerania.

But oddly enough, not even the people of Pomerania called them Pomeranians. They were often referred to as the Fox Dog, the Lulu, Pommer, Wolfspitz, German Spitz, Volpino and just Spitz dog.

But what’s really interesting is that historians believe these dogs weren’t named Pomeranians because Pomerania was the point of origin for the breed. Rather, it’s because it was the place that the Pomeranian breed was first bred to be smaller – a lot like the modern ones we have today.

3. Pomeranians were popular among classical artists, especially with Michelangelo.

When it comes to classical art, few dog breeds have inspired the world’s most famous artists like the Pomeranian has. For example, composer Wolfgang Mozart dedicated one of his arias to his beloved Pomeranian.

Even Chopin’s “Waltz of the Little Dogs’ was inspired by watching  his friend’s Pomeranians playing with joy. And let’s not forget the countless Pomeranians that have been featured in classical art works, including the “Study of a Pomeranian Dog” by the great Leonardo di Vinci.

Even when Pomeranians aren’t featured in artwork, they’re always close by. According to legend, the Italian painter Michelangelo painted the Sistine Chapel while his Pomeranian sat nearby and watched him at work.

It’s simply amazing to think that some of the greatest works in art may not have ever happened if it weren’t for these wonderful dogs.

As we previously alluded to, the Pomeranians you see today are not like the ones of the past. In fact, these dogs were down-sized twice to become small toy companions and lap dogs. The first time happening in Pomerania, and the second time when Queen Victoria popularized the breed.

And believe it or not, before the 19th century, Pomeranians were primarily working dogs. Plus – they were developed for jobs that you’d least expect, such as pulling sleds, protecting homes and in some cases, herding too.

Now you probably just took a good look at your Pomeranian and thought to yourself, how is that even possible?

1. One Pomeranian almost prevented Isaac Newton from completing his Law of Gravity theory.

Sir Isaac Newton was an English mathematician, physicist, and one of the greatest minds and influential scientist to grace this earth. One of his most renowned theories was The Law of Gravity.

But did you know that Newton’s Pomeranian, named Diamond, almost prevented him from completing this theory, while also sending him into a deep depression?

According to the story, Newton was already extremely close to finalizing his theory on gravity. In fact, he mentioned that he was getting ready for publication. But one night while Newton was up late at work, he heard a knock on the door. Of course, the scientist went to check the door.

But when Diamond the Pomeranian heard the strange voice of the guest, he quickly scrambled to protect his owner. However with the worst luck possible, the Pom knocked over the candles on the table, which set Newton’s manuscript on fire.

That manuscript had Newton’s only copy of the Law of Gravity on it. Years of sleepless nights and hard work flashed before his eyes. It’s not hard to understand why this sent Newton into a deep depression. But the good news is that he eventually got over it and while it took a full year, Newton eventually restored his theory.

So what was your favorite Pomeranian fact? Did we miss any that deserve to be in this top 10? Let us know in the comments section below! 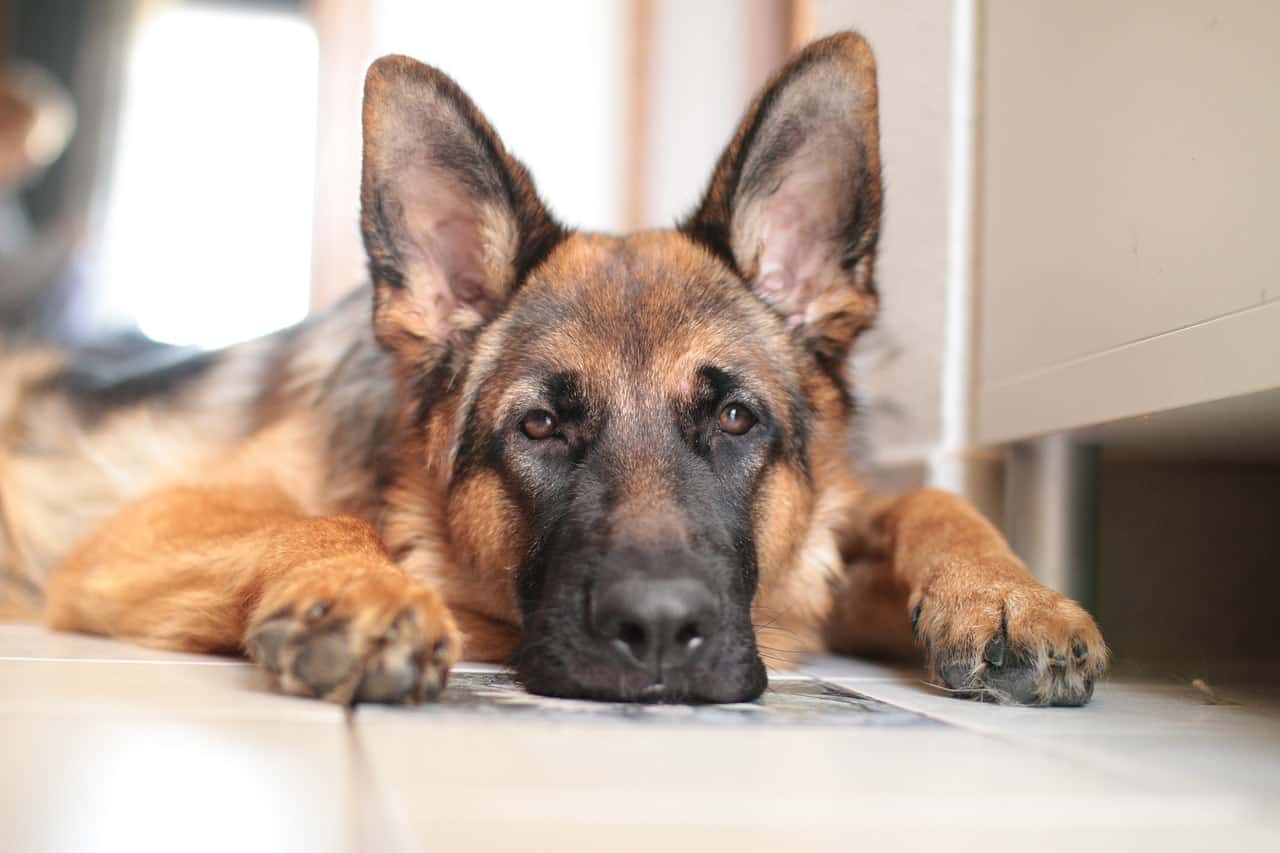 ← Previous
Can a German Shepherd Live in an Apartment? - Here's 5 Things They Need First 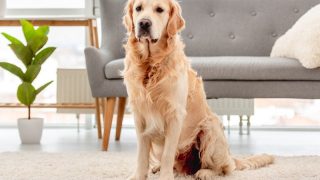 Next →
Can Golden Retrievers Live in Apartments? - 5 Tips For Better Living
Click here to cancel reply.