The Belgian Malinois is a breed that’s become increasingly popular in recent years. In fact, the breed had jumped 23 spots on the most popular dog breeds in America list. But even so, it’s likely there’s still plenty of things you don’t know about this breed.

Like, did you know that the Belgian Malinois served in both World Wars? Or that there’s data suggesting that they’re the most active dog breed in America? Interested in learning how a Malinois took down one of the most infamous terrorists in modern day history?

Well, stick around! In today’s article, we’re counting down 10 little-known Belgian Malinois facts that’ll blow your mind. And that all starts right now on The Smart Canine – the only site that explores the most interesting stories and facts behind dogs.

10. The Belgian Malinois Has Been part of New York’s Police Force for 100 Years.

The Malinois is known as the “Porsche of the police dog world” – and for good reason! One officer describes them as “sporty European imports that are light, tireless, and so intense that the dogs seem to vibrate.”

And along with the German Shepherd, the Malinois has become the gold standard for the K9 police force. But believe it or not, the Belgian Malinois started working with the New York City police as early as 1908!

In an early issue of the AKC Gazette, a short excerpt briefly mentioned five of these Belgian dogs being imported for New York’s law enforcement. During that time, no one in America – let alone New York – had even heard of these dogs!

The police had high hopes for these dogs, as they were lighter, quicker, and more agile than their German cousins, also known as the German Shepherd.

Plus, the Malinois was also known for its intense focus and drive, along with fewer health issues when compared to the German Shepherd. Fast forward to modern day and the Belgian Malinois has become one of the most popular police dogs.

Fun fact: 75 percent of the Los Angeles Police Department dogs are of this breed.

9. The Malinois is the most active dog according to tracking data.

If you own a Malinois, then you already know how active these dogs can be. But did you know that there’s actual data suggesting that the Malinois is the most active dog breed in America? It’s true!

According to Whistle – a company that specializes in GPS and activity tracking dog collars – the Malinois beat out nearly 100 breeds to take the title as the most active breed.

The company analyzed data of roughly 150 thousand “smart collars” and found that walking a dog three times a day accounts for just 34 minutes per day. However, the average Belgian Malinois stays active for 103 minutes per day!

And what’s even more astonishing is that one Belgian Malinois with a Whistle smart collar averaged over 323 minutes per day! To put things into perspective, that’s over five and a half hours of nonstop movement!

8. The Malinois is actually a herding dog.

The Malinois is certainly a talented breed. And with their incredible physical prowess and stubborn determination, they’ve managed to excel at almost everything they do! Seriously, they can guard, herd, carry out military ops and so much more!

But did you know that they were historically bred to herd sheep? Like the German Shepherd, these dogs were some of the fiercest athletes on the sheep fields. In fact, the Malinois is just one of four Belgian breeds developed to herd.

With its incredible endurance and keen eye, the Malinois not only herded on the farm, but were also in charge of protecting the flock. The Belgian Malinois had the stamina to chase away wolves and other predators, but were also “aggressive” enough to scare them off.

But because of several favorable working-traits of the Malinois, they were eventually transitioned from premier herding dogs to the ultimate multi-purpose working dog. It’s why these dogs are frequently use for work that’s not on the farm today.

7. The Belgian Malinois Is Named After a Belgian City.

All the Belgian herding dogs were, more or less, named after the city in which they originated from. For example, the Belgian Turveren was developed in the city of Turveren.

Similarly, the Belgian Malinois had originated from the Belgian city of Malines and thus, became the namesake of the breed.

In 1891, a group of breeders residing in Malines began to dedicate their lives to promote these wonderful dogs. In just a few short years, word got out and these amazing herding dogs were soon exported to regions all over the world.

6. The Belgian Malinois is the breed of choice to hunt tiger poachers.

Another fun fact: Belgian Malinois dogs are used to guard the White House. But in 2017, these very same dogs that guarded America’s president were shipped to India as an effort to protect the natural wildlife of Madhya Pradesh.

The large state in central India lost 30 tigers in 2016 thanks to the illegal poachers that plagued the region. Though unfortunately, the use of tiger body parts in tantric rituals had become a trend in the Indian state, which inevitably led to illegal poaching and a surge in tiger deaths.

As a result, the Americans brought in four highly skilled and trained Belgian Malinois from the US Navy Seals. For many months, these dogs were trained to sniff out the skin and bones of tigers and other protected wildlife.

And while there are plenty of great options for tracking dogs, the Malinois is the only one with the speed and stamina capable of long chases and takedowns. What can’t the Malinois do?

5. The Belgian Malinois are frequently re-homed.

As unfortunate as this is, there’s an alarming number of Malinois rehoming cases. The biggest reason why is that new owners aren’t prepared to own a Malinois. These dogs have an insatiable level of energy and excitement that not all owners can handle.

Make no mistake – it’s a huge commitment to raise a Belgian Malinois. Not only do these dogs need plenty of physical activity (at least two hours a day), but also mental stimulation, such as obedience training and dog puzzles.

In fact, it’s estimated that Malinois owners lose their dogs about 1.2 times every month on average. This just shows that if you don’t regularly provide them with enough exercise, they’ll figure out a way to get it themselves!

When you combine this with the stubborn nature of the Malinois, you have a dog that won’t appeal to the average owner. Not just that – average owners won’t be able to provide the essentials for these dogs. But of course, most owners don’t realize this until it’s too late.

So if you plan to bring home a Belgian Malinois, do your research and consider adopting first! But if you’re a busy person that can’t commit to these dogs, I would recommend looking at other breeds (low maintenance dogs here.)

Does anyone remember “Air bud” or “Lassie?” Dogs are not new to Hollywood films. So many dog breeds, ranging from the German Shepherd to the Golden Retriever and Saint Bernard, have all appeared on the big screen over and over again.

But in recent years, so has the incredible Belgian Malinois. Most notably, this breed was favorably featured in the third installment of John Wick.

Sofia, played by Halle Berry, had two Belgian Malinois dogs that quickly became fan-favorites of film buffs across the world.

What’s even more incredible is that Halle Berry trained these dogs herself! In a recent interview, Berry mentioned that she spent 2 to 3 hours every day with the dogs and a professional trainer.

In addition, Eva Mendes is famously known for owning a Malinois named Hugo, who acts as her companion and guard dog. Mendes filed a restraining order against her stalker in 2011.

In order to feel safe and secured, she brought home one of the best guard dogs in the canine kingdom. Since then, the celebrity actress has mentioned she feels much safer with her best friend around at all times.

3. The Belgian Malinois is one of New York’s official state dogs.

Well, not exactly. You see…in 2016, New York governor Andrew Cuomo signed a legislation that made the state’s official dog the “working dog.” I know what you’re thinking. Working dogs make up an entire group of breeds! And yes, you’re absolutely correct.

But according to the governor, this included any breed that provided a service for the people of New York, including police dogs, military dogs, guide dogs and service dogs.

However, in his announcement, Cuomo specifically named the Belgian Malinois as one of these dogs, as they frequently patrolled with the state police. I can’t think of another dog breed more deserving than the selfless and loyal Belgian Malinois.

When war dogs are mentioned, none are as prominent as the Belgian Malinois. Not only are they crucial units of the modern US Army, but they’ve also served in the two World Wars.

These dogs began their military careers during World War I, where they first served as messenger dogs that were capable of navigating through dangerous war zones.

From there, they evolved into assistants for the Red Cross, where they would pull ambulance carts and help carry firearms to military personnel.

However in World War II, the Malinois were primarily used as guard dogs that often patrolled army camps and borders. Today, these dogs still serve as the breed of choice for the US Navy SEALS.

1. A Belgian Malinois was integral in taking down Osama Bin Laden.

When a Navy SEAL named Will Chesney first met his military dog named Cairo, he had no idea how important the Malinois would be.

And according to Chesney, Cairo was no ordinary dog. In a short amount of time, Cairo learned how to attack a target on command, to sniff out weapons and explosives, to move quietly past enemy forces, and even to skydive!

However in 2011, Chesney got the order to pack his bags and make way for Afghanistan. They were going after Osama bin Laden, and they needed Cairo’s help.

As the helicopter landed, Cairo immediately went to work by searching the perimeter for explosives and escape tunnels. And while the SEALs made their way deep into bin Laden’s home, Cairo kept the mob outside at bay.

The gruesome mission took 36-hours, but Cairo and the SEALs made it home unharmed. Today, Cairo has become a canine legend, especially in the US Military. Even the then-President Barack Obama had made a request to meet this super war hero.

So which was your favorite Belgian Malinois fact? Did we miss any good ones? Let us now in the comments section below. We look forward to hearing more interesting facts about the Belgian Malinois. 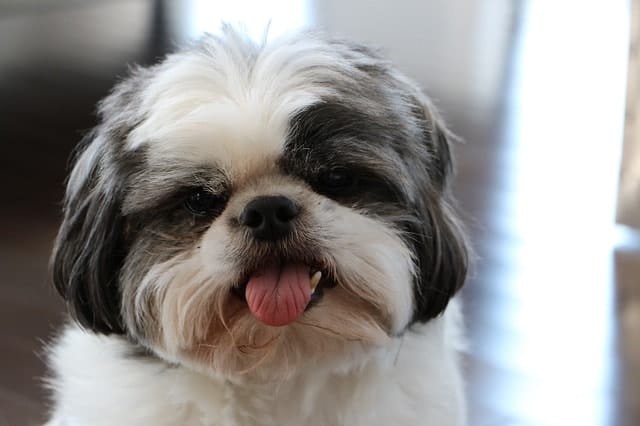 ← Previous
Are Shih Tzus Smart? - Here's Why They Rank Low for Dog Intelligence 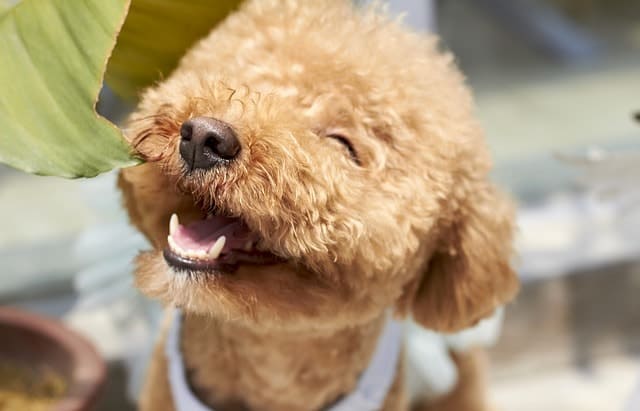 Next →
Are Poodles Smart? - Reasons Why They're Some of the Most Intelligent Dogs
Click here to cancel reply.