Also known as the “wiener dog,” the playful Dachshund has an amusing personality to match its equally amusing body shape. And in recent years, these dogs have exploded in popularity – and rightfully so! I mean, how can you deny these adorable dogs?

But even so, there’s a lot about these dogs that people don’t know. Like, have you ever wondered why Dachshunds love to dig so much? Did you know about the Nazi’s “talking” Dachshund? Interested in knowing how one saved John Wayne’s entire family from a deadly fire?

Well, stick around! In today’s article, we’re counting down the 10 most interesting Dachshund facts you didn’t know. And that all starts right here on The Smart Canine – the only show that explores the most interesting facts and stories behind dogs.

10. Hot dogs were named after the Dachshund.

You may be thinking, “shouldn’t it be the other way around?” After all, we do call Dachshunds the ‘hot dogs’ due to their sausage-like body shapes.

But according to hot dog history, the now-popular sausages weren’t always called the hot dog. In fact, most historians believe that they were created by a German man in the 1600s and first introduced as the “dachshund sausage.”

This was likely because Dachshunds were popular canine companions among the German butchers who made these sausages. However, the name of the Dachshund sausage was simplified to just hot dog at some point in time.

And although we’re not sure when the name was actually changed, the earliest written record of the phrase “hot dog” can be traced back to an issue of Yale Record in 1895.

Even so, isn’t it ironic that we’ve come full circle and now the nickname of the Dachshund has become the hot dog?

9. Dachshunds were featured in WWI and WWII propaganda.

No one knows for sure why Dachshunds were chosen as the breed for the anti-German propaganda campaigns during the world wars. I mean – there’s so many iconic German dog breeds to choose from, including the German Shepherd or the Doberman Pinscher.

But it’s likely because these dogs looked so silly that it was easy to poke fun at them. And while it may be cool seeing Dachshunds on old propaganda posters today, this wasn’t the case for the breed back then.

In fact, the propaganda was so effective that the breed declined rapidly during war time. Unfortunately, these dogs became the symbol for all things German.

What’s worse, Dachshunds were often kicked or stoned on the streets of England. And no owner would dare bring them out for a walk on the street.

But the story has a happy ending. After the wars, people quickly began to realize just how amazing and special the Dachshunds were. And in 2020, the sentiment of the Dachshund has never been better, as these dogs managed to crack the top 10 list of most popular breeds in America.

8. Nazi scientists claimed they taught a Dachshund to speak.

Germans once believed dogs were nearly as intelligent as humans – and we don’t really blame them. Dogs are pretty smart. However according to historians, Nazi scientists once claimed they taught a Dacshund named Kurwenal how to speak!

But they didn’t actually mean the dog could speak German or English words. Rather, a specific number of barks would mean a specific letter of the alphabet.  Think of it as a dog version of morse code.

This Dachshund even had a personal biographer detailing every moment of the dog’s life and translating every bark the dog made. According to the biography, Kurwenal loved zoology books, pretty women, and pink roses.

And before the Dachshund passed away, he poetically barked “I am not afraid of dying. Dogs have souls and they are like the souls of men.”

7. Dachshunds love to dig because of their badger hunting instincts.

These dogs may have a sweet and playful nature when they’re peacefully resting on your lap. But that’s because you’re probably not a badger. After all, these dogs were historically bred to track and take down badgers from their underground burrows.

That said, they used to be a lot more aggressive and courageous when compared to modern-day Dachshunds. But because these dogs had to literally pull out badgers from the burrows, they oftentimes had to dig themselves in and out of the small underground tunnels.

So next time your Dachshund digs up a mess in your backyard – don’t blame them. It’s just their old hunting instincts kicking in!

6. The first olympic mascot was a Dachshund.

Olympic mascots didn’t always used to be a thing. However in 1972 at the Munich Summer Olympics, the first ever official mascot was introduced. And of course, there was no better animal to represent the German city than the Dachshund.

The mascot dog was named “Waldi” and the Olympic host city chose the Dachshund because the breed had resistance, tenacity and agility. All of which are traits required for any successful Olympic athlete.

5. The Dachshund is the only non-terrier “earth dog.”

Like we already mentioned, Dachshunds love to dig because it’s all part of their hunting instincts. And according to the American Kennel Club, these are exactly what “earth dogs” are.

This special group of breeds include all terrier type dog breeds, however, Dachshunds are the only earth dogs that aren’t part of the terrier group. So next time your Dachshund emerges from a hole with a mouse in his mouth, don’t get mad!

4. Dachshunds had the weirdest nicknames.

Yes, these dogs are famously known as “hot dogs” or “wiener dogs.” However, there’s been many more names of the Dachshund.

At one point, Dachshunds were oddly called “beagle terriers.” They are neither related to the Beagle nor a terrier dog, so historians still aren’t sure why this name briefly caught on.

Early on in the history of the Dachshund, they were also called “German Badger Hounds” because, well, they come from Germany and they hunt badgers.

In fact, they were first introduced into the Kennel Club by that name. And for reasons we still don’t understand, that generic name stuck around for quite some time.

3. A Dachshund named Brutus, was a skydiver.

If we know one thing for certain, it’s that this Dachshund isn’t afraid of heights. For several years, Ron Sirull and his Dachshund were frequently featured in airshows as parachute jumpers.

The two would share a parachute and safely descend to earth as spectators gazed with awe. But don’t worry, Ron had made a special harness to attach Brutus to his chest during the whole descent. Brutus even had custom goggles to keep his eyes from tearing up during the freefall.

All in all, Brutus had logged in over 100 jumps! He even held the canine skydiving altitude record for clocking a jump from 15,000 feet! And according to Ron, his Dachshund actually gets excited as he’s preparing the gear for the jump.

But even so, that hasn’t stopped Animal Rights advocates from petitioning against Brutus participating in such a dangerous activity.

2. Odie from the Garfield comics is most likely a Dachshund.

Did you know that Snoopy from Peanuts was a Beagle? Or that Clifford the Big Red Dog was a giant Vizsla? Plenty of notable dog breeds have been featured in several cartoons and comic books for children, including Odie from the Garfield comics.

And while there’s no confirmation that Odie is in fact a Dachshund, plenty of people have speculated that he is. To be specific, Garfield enthusiasts believe that Odie is a Wire-haired Dachshund, with a possibility of having some type of terrier mixed in.

However, others have claimed that Odie may actually be a Beagle due to the similar physical traits and personality portrayed in the comics.

In the live-action Garfield movie, Odie was played by an actual Dachshund, which only builds the case for Odie being a Dachshund.

Just because Dachshunds are small, doesn’t mean they’re not capable of protecting their family. Canine heroes come in all shapes, sizes and breeds.

“Blackie” the Dachshund is proof of this. In fact, he was the pet of legendary actor, John Wayne. And in the early morning of January in 1958, Blackie saved John Wayne’s family from a potentially fatal tragedy.

During this incident, John Wayne was still in Japan filming “The Barbarian and the Geisha,” so he wasn’t home at the time. However, a fire in the Wayne house had broken out and quickly worsened.

Fortunately, Blackie woke up first and started barking like a mad dog. It was an unusual thing for the dog to do – let alone at 3 AM. Mrs. Wayne quickly woke up and to her surprise, the house was completely covered in smoke. She mentioned that she could see the fire at the edge of her carpet.

Along with Blackie, she grabbed her newborn daughter and ran out of the house without a second of hesitation! The good news was that Mrs. Wayne only suffered a mild burn while the baby was completely unharmed.

House fires don’t discriminate between the famous and the common, or the rich and the poor. But in this case, they were lucky to have their Dachshund named Blackie.

Oh, and don’t think Blackie’s actions went unnoticed. John Wayne personally gave Blackie a medal of honor, along with plenty of scratches and treats, for his heroic actions!

So….what was your favorite Dachshund fact? Were there any interesting facts that we missed? Let us know in the comments section below! 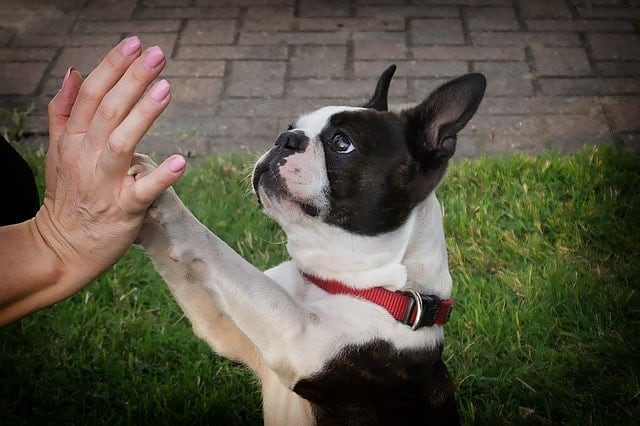 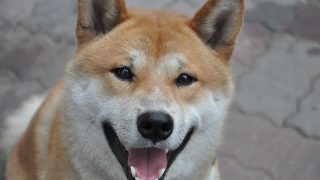