Jack Russell Terriers are known for their classic white and tan coats, and their insatiably high energy levels. Even so, there’s probably a lot you didn’t know about these awesome small dogs.

For instance, did you know that a Jack Russell was the first dog to travel to both the north and south poles? Or that a JRT was the most popular dog in New Zealand during the 1990s? Interested in knowing what the Jack Russell’s insane vertical leap is?

Well, stick around! In today’s article, we’re counting down 10 little known facts about the Jack Russell Terrier. And that all starts right now, on The Smart Canine – the only show that explores the most interesting stories and facts behind dogs.

10. All Jack Russells come from one dog, and one man.

This breed was solely developed by a man named John Russell – a reverend from Devon England. His favorite pastime was fox hunting, so John was always on the lookout for terriers that had the agility, size, and energy to serve as his perfect hunting companion.

However in 1819, John would eventually stumble upon a British White Terrier named “Trump.” He was actually his milkman’s dog. John would go on to crossbreed this dog with several other dogs to create the blueprint for the modern Jack Russell that we know today.

And while we don’t exactly know what dog breeds were crossbred with Trump, we do know that it was with a variety of white terriers. Most of which are extinct today.

So, if you currently own (or plan to get) a Jack Russell Terrier, you have reverend John Russell to thank for your spirited canine companion! Without the stars aligning and this one man meeting this one dog, we probably would not have the JRT today.

9. The American Kennel Club changed the Jack Russell’s name in 2003.

Effective April 1st, 2003, the official name of the AKC-recognized Jack Russell Terrier was changed to the Parson Russell Terrier. This all started in the 1990s when the AKC explored the consideration of recognizing the JRT.

However, this wasn’t seen as a good thing in the eyes of true JRT enthusiasts, and especially with the Jack Russell Terrier Club of America.

In fact, the club petitioned this because they wanted to retain the essential working traits of these dogs, while believing the new breed standard would emphasize appearance.

So shortly after recognizing the JRT in 2001, the kennel club changed the name of the dog breed with their revised breed standard. But even so, nearly everyone still refers to these dogs as the Jack Russell Terrier.

8. The most popular dog in New Zealand was a Jack Russell.

Time and time again, clever TV commercials featuring dogs have always had great success. But in New Zealand, one Jack Russell Terrier became an overnight hit after being featured in his first commercial in 1991.

The beloved JRT was named “Spot,” which was actually an acronym for “Services and Products of Telecom.” And as you may have guessed, he was the newest corporate mascot for Telecom New Zealand.

Spot the Jack Russell was so popular that he was featured in 43 Telecom commercials that ran for almost a decade – from 1991 to 1998. The only reason why Telecom stopped airing these commercials was because Spot passed away in 1999.

But even so, the presence of Spot on primetime television gave a major positive image for the breed. Today, Jack Russell Terriers are one of the five most popular dog breeds in New Zealand!

7. One Volkswagen Ad featuring a Jack Russell got pulled over controversy.

One of my favorite commercials growing up was a Volkswagen ad that featured a Jack Russell Terrier. The slogan of the campaign was “Volkswagen confidence,” as it featured a JRT that seemed to tremble with fear and cower from people.

But when sitting in the Volkswagen Polo, the Jack Russell was full of confidence and singing like no one was watching. While this commercial may seem fun and adorable, animal activists and concerned TV watchers didn’t see it that way.

In the scenes where the JRT was trembling with his head down and tail tucked, hundreds of complaints from viewers suspected animal abuse.

However Bear’s owner, a prominent animal trainer for Hollywood, came out and stated that this was indeed a trainable behavior. Even so, Volkswagen had no choice but to pull the ad. It’s really a shame, as Bear probably had potential to be as successful as Spot in New Zealand.

6. Jack Russells were bred to be a baying terrier.

In general, JRTs are hunting dogs. But if we’re being specific, they’re actually baying terriers. So what is a baying terrier? These hunting companions will chase down and circle foxes to keep them cornered in one place.

Jack Russells will also bark intensely to not only keep the prey from trying to escape, but to also alert their owners that they’ve cornered a prey. From there, the hunters will come and make the final catch.

This behavior is known as “baying” or keeping the game “at bay.” Hence, why JRTs are categorized as baying terriers.

5. A Jack Russell was the first dog featured on Hollywood’s Walk of Fame.

When it comes to the glitz and glamour of Hollywood, plenty of dog breeds come to mind. However, none as accomplished and popular as the Jack Russell Terrier.

In fact, it was a Jack Russell named “Uggie” that became the first dog ever to lay his paw print on the highly exclusive Walk of Fame. In 2011, the dog won the Cannes Festival’s Palm Dog Award, which was the canine equivalent of the Oscars.

Uggie’s decorated career featured roles in Mr Fix It, Wassup Rockers, The Artists, and the award-winning Water For Elephants, which the dog starred alongside Reese Witherspoon.

All in all, Hollywood’s top dog had won several awards before finally retiring to days filled with delicious treats and plenty of scratchies.

You may be thinking that all Jack Russell Terriers look the same. And yes, most of them sport the classic white and tan or white and black coat.

However if you look close enough, you’ll notice that the texture of the coat is not all the same. That being said, Jack Russells can have a smooth, broken or rough coat.

And finally, the broken coat is a combination of the smooth and rough coat. In other words, there will be patches of smooth hair and patches of longer, wiry hair.

But no matter which coat you prefer, a Jack Russell will still be a heavy shedder.

3. The first and only dog to travel to both the North and South poles was a Jack Russell.

Believe it or not, a Jack Russell named “Bothie” is the only dog to have paw prints on both the North and South poles! So how did this globe-trotting dog accomplish such a feat?

In 1979, explorer Sir Ranulph Fiennes and his wife decided to take an epic trip around the world, they decided to bring their two year old JRT.

And while Jack Russells love the cold, Bothie still needed a special red polar suit and boots to keep him warm at the poles.

Three years later, after a 52,000-mile journey, news quickly spread about this amazing canine companion that’s accomplished more than most travelers would in their lifetime.

Great things came for Bothie after the epic trip. England’s Kennel Club voted him “Pet of the Year” and his legacy became cemented into the Guinness Book of World Records. There were even life-sized toys and posters being made of Bothie in his signature red polar jacket.

And if that wasn’t enough, Fiennes’ wife published a book about their adventures, titled “Bothie the Polar Dog.” Eventually, the dog appeared on children’s television programs and more.

2. They have an insane vertical leap.

There’s no denying the high energy levels of the Jack Russell Terrier. They love to jump. They love to run. And they love to play. But did you know that these dogs are known for an incredible vertical jump?

In fact, the Jack Russell can leap five times its own height! That means if your dog is 12 inches tall, he or she can potentially jump five feet high into the air! This makes the Jack Russell Terrier the breed with the highest vertical jump relative to dog size.

For reference, The Guinness Book of Records for highest jump by a dog was 75.5 inches. This record was set by a Greyhound. However, Greyhounds are roughly 28 inches tall – meaning they probably can’t even jump three times their own height.

1. Jack Russells are the breed-of-choice as snake detector dogs.

Have you ever seen those viral videos of Jack Russells swiftly taking down wild garden snakes? While most dogs may inevitably be bitten around their limbs or mouth, the JRTs are known to be active snake hunters with the agility to avoid strikes with ease.

Now, we never suggest you let your Jack Russell go after a snake. But they’re more equipped to avoid snake bites than almost every other dog.

Most importantly, they have the instincts to hunt small moving animals, including snakes. Combine this with their swift agility, incredible reaction time, amazing leaping ability, and you have yourself the ultimate snake dog.

So as a result, this breed has become the top pick as a snake detector dog. For example, when brown tree snakes were accidentally introduced to Guam, the US Department of Agriculture sent in 17 Jack Russells to capture over 8,000 snakes.

And according to Tony Thompson, the USDA dog handler, JRTs are perfect for the job because they are natural born hunters that actually enjoy looking for snakes.

So….what was your favorite Jack Russell fact? Were there any interesting facts that we missed? Let us know in the comments section below! 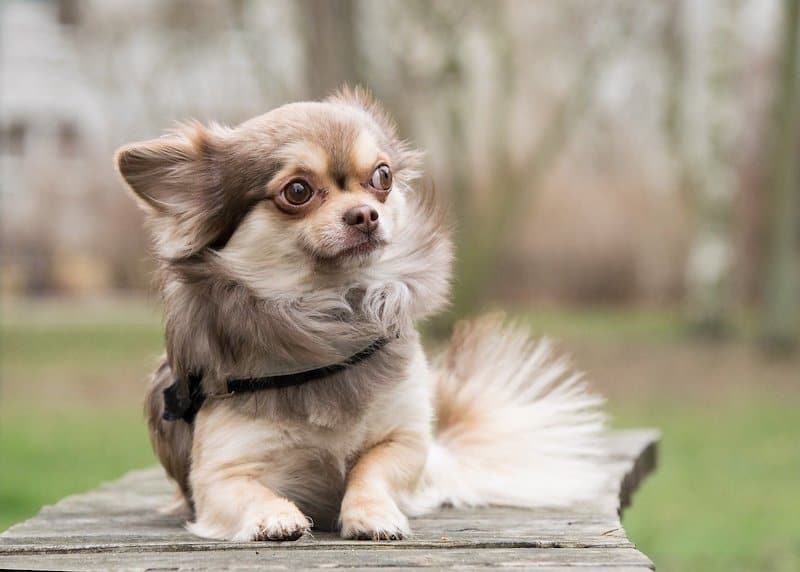 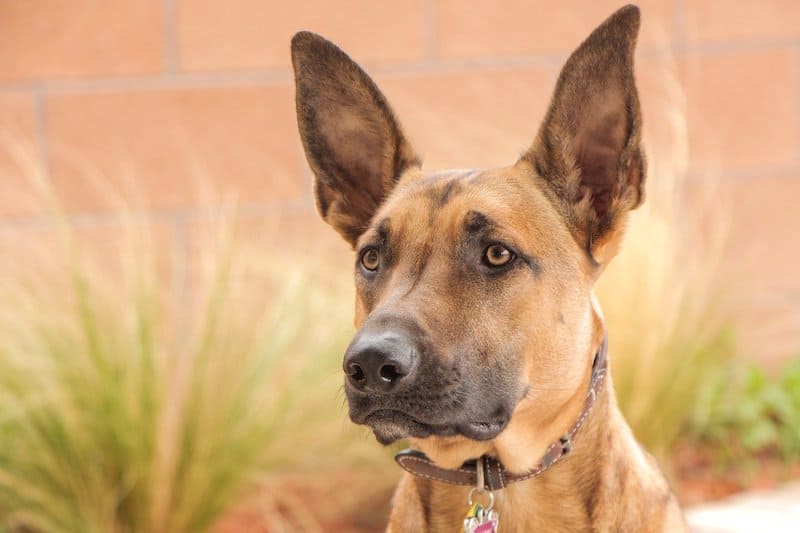 Next →
Is the Belgian Malinois Smart? - A Guide to Malinois Intelligence
Click here to cancel reply.