Did you know that the Cane Corso can be traced all the way back to ancient Rome, where they were used for all sorts of entertainment? Or that they’re capable of hunting down some of the most feared apex predators of the animal kingdom?

Interested in learning how we know an ancient Cane Corso was a superhero in the lost city of Pompeii? And do you want to learn what the difference between a traditional and non-traditional Corso is?

Well if questions like these intrigue you, stick around! In today’s article, we’re counting down the 10 most interesting facts you didn’t know about the Cane Corso. And believe me, these Corso facts will blow your mind!

10. The origin of the Cane Corso name is a huge mystery.

We know these dogs as the “Cane Corso” today, however, there’s a lot of mystery that surrounds the breeds’ name. The word “cane” means “dog” in Italian. On the other hand, the word “corso” can be associated with the Latin word, “cohors,” which translates to “guardian.”

Given the dogs’ popularity among Italian farmers as “guardian dogs,” this makes a lot of sense right? Well, not so fast. According to some historians, “Corso” actually relates to the Greek word “Kortos,” which directly translates to “enclosed court.”

This would mean they’re called the “dog that watches the court.” Also quite fitting. Others believe that the word “Corso” stems from an ancient Celtic dialect, and translates to “strong and powerful.”

While all of these are excellent theories, we probably won’t ever know the true origins of the Cane Corso’s name.

9. The Cane Corso is a popular breed in mainstream entertainment.

Plenty of dog breeds have made it to the big screen. Popular dog breeds in entertainment include the German Shepherd, Jack Russell Terrier, Belgian Malinois and many more! Even Disney cartoons favor the Bloodhound over any other breed.

But while the Cane Corso isn’t a wildly popular dog breed, you’d be surprised to hear that they’re in movies and TV shows more often than you think.

For example, did you know that Ramsay’s deadly hunting dogs in “Game of Thrones” were actually Cane Corsos? Or that these amazing dogs have made appearances in popular shows like “Blacklist” and “Atlanta?”

They’ve also made it into movies, appearing on “Sessomatto,” “Once in a Blue Moon” and the 2014 comedy, “Save the Date.” Cane Corsos, though loving and affectionate with loved ones, have an intimidating appearance that’s perfect for certain roles in entertainment and media.

Cane Corsos are massive mastiffs with a powerful jaw and muscular frame. Plus, they’re a lot faster than you think – capable of reaching 32 miles-per-hour speeds. Not to mention, their high pain tolerance and courageous attitude leaves them with few things that’ll actually scare them.

So when you combine these extraordinary physical features, you essentially have the ultimate hunting dogs. But even so, Cane Corsos didn’t hunt badgers, rabbits or deer.

Instead, they took down some of the world’s deadliest and most ferocious predators, including lions, bears, coyotes, and wild boars. That’s not to say a single Cane Corso is capable of taking down a lion. After all, these dogs hunt and work best when in packs.

7. The Cane Corso was developed to be the ultimate guard dog.

The Cane Corso was bred to work, and they love nothing more when they’ve been given a job. But have you ever wondered what these dogs were originally bred for? Sure, they were hunting dogs and war dogs at one point. In fact, they were even counted on for herding.

However, their primary purpose was for guarding and protecting. It’s why their name loosely translates to “body guard dog” or “guardian.”

Modern Cane Corsos were often described as an Italian farmer’s best asset. In the countryside, plenty of wild predators pose a huge threat to the livelihoods of these farmers. Because the Cane Corso is instinctively protective, they were counted on to keep watch on the farm.

Plus, few predators wouldn’t be deterred at the sight of these 100-pound dogs. Even today, Cane Corsos still act as guard dogs for homes across the world. After all, you can’t get rid of instincts.

6. They’ve been around since Ancient Greece.

While modern Cane Corsos are known as Italian dog breeds, their ancestors have been around for much longer. In fact, historians believed they’ve been domesticated by humans since Ancient Greece.

According to Greek mythology, the legend of Cane Corsos starts with Achilles – the warrior that led the Greek army during the Trojan war.After the fall of Troy, the Greeks settled down in the region of Epirus, where the grandson of Achilles eventually inherited the kingdom.

These new settlers were primarily farmers with huge flocks of sheep and goats. In order to protect the farm from violent attacks by wolves, the tribe of Molossians developed a formidable guard dog to look over their farms.

This dog was believed to be the ancestor of the Cane Corso. Since then, historians have found plenty of Greek art and sculptures depicting these dogs in Ancient Greek history.

Of course dogs aren’t able to speak our human languages. But that doesn’t mean they can’t communicate with us. They do so with body language, but mostly with their own form of vocalizations.

The first thing that comes to mind may be barking, however, Cane Corsos aren’t heavy barkers. Instead they bark when the moment is right, such as an intruder coming into the home or as a warning to a stranger.

But according to owners, Cane Corsos are vocal because they’ll snort, grunt and snore loudly. That’s their primary choice of vocalization in order to communicate with humans.

4. A Cane Corso superhero was found in the ashes of Pompeii.

Pompeii was an ancient city and region in Italy that was unfortunately buried under meters of ashes when a nearby volcano erupted. When archaeologists eventually found the hidden city 1748, they found the fossilized body of a large dog in the ashes.

And while there’s no definitive way to prove it was the ancestor of the Cane Corso,  historians seem to believe so based on evidence found.

But how did researchers know that this Cane Corso was a hero? The dog, named Delta, was found wearing a silver collar with her name on it, along with a list of her previous heroic deeds.

The first time, Delta saved her owner from drowning in the sea. She also fought off a group of thugs that had tried to rob her owner. And finally, the faithful Cane Corso protected her owner from a wolf attack.

But in Delta’s final act, she threw her body over a young child as the volcano erupted and ashes rained down. While she couldn’t save the child, she remained a hero until her very last breath.

3. Cane Corsos are “majestic dogs,” according to the breed standard.

Majestic. It’s a word that’s often associated with dignity and magnificence. And there’s no denying that Cane Corsos are majestic dogs. No, really – even their breed standard says they’re majestic, at least according to the American Kennel Club.

In fact, there are only four dog breeds recognized by the AKC that have the word “majestic” in their breed standard. The other three breeds include the Black and Tan Coonhound, the Field Spaniel and the Neapolitan Mastiff.

So next time you stare at your Cane Corso in awe, just know that the majestic nature of the dog was bred into these amazing creatures.

Believe it or not, there are two types of Corsos. And they even have two separate distinct bloodlines. Traditional Cane Corsos refer to the dogs that descended directly from the Italian Corsos that came to the United States in the late 1980s.

These dogs are the true continuation of the old Italian bloodlines. Not only do they have a bigger frame, but also tend to be more muscular with larger bones.

On the other hand, the non-traditional Cane Corsos were developed using other popular dog breeds. Early on, some breeders believed that the gene pool simply wasn’t large enough to produce healthy puppies. Instead, they began using Great Danes, Boxers, Rottweilers, Presa Canarios and other breeds to imitate these dogs.

As a result, non-traditional Corsos show a much wider variance when it comes to temperament and physical traits. Plus, they also tend to be skinnier, though more agile than the originals. So despite having two distinct lineages of breeds, both still share the same name.

1. Cane Corsos were used for entertainment in ancient Rome.

We already know that Cane Corsos were once used as war dogs for the ancient Roman empire. But they did much more than just guarding and serving the army.

In fact, Cane Corsos were often used for blood sports in ancient Rome, as they were popular forms of entertainment back then. Not only were they involved in pit fights with bulls, tigers, lions and other dogs, but also participated in some gladiator battles.

Gladiators that fought to the death were sometimes assigned dogs that would fight alongside them. Many of them were Cane Corsos. But out of all the types of entertainment in ancient Rome, these dogs were most successful in bullfighting.

Similar to Bulldogs, the goal was for a pack of Cane Corsos to wear down the bull by biting down and holding on to the bulls’ ears, muzzle or other sensitive body parts. And while this type of bloodsport continued on for several centuries after, we can all be glad that it’s been universally banned today.

So what was your favorite Cane Corso fact? Did we miss any that deserve to be on this list?

Let us know in the comments section below! 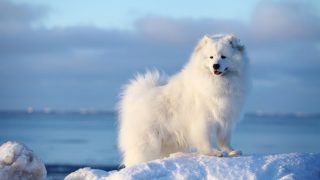 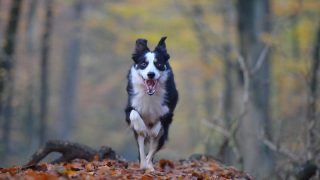