Shih Tzus are one of the 20 most popular dog breeds in America today. They’re the companion dogs that’ll stick by your side through the thick and thin. But there’s a lot more about these lap dogs than you probably know.

For example, did you know that Shih Tzus are one of the most ancient breeds in the world? Or that it was a death sentence for commoners to own Shih Tzus back in Ancient China? Interested in learning how one Shih Tzu saved her owner from a Tsunami?

Well, stick around! In today’s article, we’re counting down 10 interesting little-known facts about the Shih Tzu. And that all starts right now on The Smart Canine – the only show that explores the most interesting facts and stories behind dogs.

10. Shih Tzus have one of the closest genetic relationships to the wolf.

We already know that dogs descended from prehistoric wolves thousands of years ago. However, some of the wolf’s closest relatives might actually surprise you.

In an experiment where researchers analyzed the DNA of the 85 most popular dog breeds, they found that a small group of dogs were most closely related to the wolf ancestors.

In this group, there were the dogs that you’d expect, such as the Siberian Husky, Alaskan Malamute, Akita Inu and the Samoyed. But what was shocking was that the little Shih Tzu also showed the closest genetic relationship with these prehistoric wolves.

What’s interesting is that other lap dogs, including the Pekingese and the Lhasa Apso, were also part of this group! I guess that’s why Shih Tzus are tougher than we thought!

Believe it or not, Shih Tzus are one of the oldest dog breeds that’s still in existence today. In fact, the Shih Tzu has a recorded history that dates back 1,000 years in Tibet. This means that these dogs are at least 1,000 years old!

It’s widely believed that Shih Tzus were kept as temple dogs, where they would become watchdogs that watched over the monasteries in Tibet. If an intruder came close, they would alert the much larger Tibetan Mastiff, who served as guard dogs for these remote monasteries.

However there’s been a lot of debate over whether Shih Tzus actually served as watchdogs or if they were just companions to the Buddhist monks. But regardless of their role, they’re extremely ancient dogs.

Lions are courageous, fierce and massive. On the other hand, Shih Tzus are petite, outgoing and adorable. So why is it that these dogs are called the little lion dogs?

Well in Mandarin Chinese, Shih Tzu actually translates to “little lion.” Historians believe that they were given this name because of their close association to the Buddhist god of learning.

According to Tibetan legend, this Buddhist god was often seen traveling with a little lion dog. When the god needed to travel long distances, the little lion would morph into a full-sized lion to carry him on his back. That little lion dog was none other than the Shih Tzu, at least according to the legends.

7. Some of the world’s biggest celebrities owned a Shih Tzu.

The brightest celebrities are often spotted by paparazzi with their canine companions. We’ve seen a wide variety of celebrity dogs, ranging from the Toy Poodle to the German Shepherd.

But did you know that top musicians such as Mariah Carey, Miley Cyrus and Beyonce own Shih Tzus? Even big-time actors, such as Colin Farell, also own a Shih Tzu.

What’s funny is that Farell once starred in a movie called “Seven Psychopaths” where his character plots to steal a Shih Tzu named Bonny. And if you thought Queen Elizabeth was all about Corgis, you’d be surprised to know that she  also owns a Shih Tzu named Choo Choo.

Even one of the world’s richest people, Bill Gates, owns a Shih Tzu who he affectionately named Ballmer. And of course, Bill named him after his business partner, Steve Ballmer.

6. Shih Tzus were nearly extinct at one point.

Today, Shih Tzus are one of the most popular dog breeds in America. They’re also extremely popular in other parts of the world, especially in Asia. However this wasn’t always the case.

During the Qing Dynasty, the Shih Tzus was actually the breed favored by the Dowager Empress Cixi. In fact, he was famous for initiating and supervising a massive breeding program for some of China’s most iconic dog breeds, such as the Shih Tzu, Pug and Chinese Crested.

However after his death, the breeding program was abandoned and it became nearly impossible to breed and sell these dogs. By the time China underwent its Communist revolution, there were nearly no more Shih Tzus left.

So how did they manage to survive? Well, that leads me to my next fact…

5. There’s a good chance your Shih Tzu is related to your neighbor’s Shih Tzu.

Believe it or not  – if you own a Shih Tzu, they actually descended from a pair of original 14 dogs. When the breed nearly went extinct, a small group of Shih Tzu enthusiasts took it upon themselves to rebuild the breed.

They brought together 14 Shih Tzus, or rather 7 pairs of Shih Tzus – seven males and seven females – in an attempt to save the breed.

Needless to say, the rebreeding effort was a huge success, as Shih Tzus have become one of the most popular dog breeds in the world. So next time you see other Shih Tzus, just know there’s a good chance they’re distant relatives of your Shih Tzu!

The Shih Tzu is a Chinese dog breed, yet they’re one of the 20 most popular breeds in America. So, have you ever wondered how they made their way to America? Well, they were actually brought into the country by military personnels.

Shih Tzus were originally imported to England from China. From there, they made their way all around Europe. But after World War II had ended, the American soldiers stationed in these European countries returned home – though many returned with a Shih Tzu.

They brought back perhaps the best souvenirs possible! However, even though soldiers had brought these dogs back during the 1940s to 1950s, they didn’t become a popular choice for companion dogs until the 1960s.

There’s no denying that the Shih Tzu has a unique look. As a result, they’ve had plenty of wonderful and wacky nicknames – though none as popular as the “chrysanthemum-faced dogs.” So why are they called this?

Well, Chrysanthemum is a flower that originates mostly from China, just like the Shih Tzu. However the flower has a unique look that resembles the face of the Shih Tzu.

Basic Chrysanthemum flowers tend to have several layers of petals, which give the blooms a ruffled look. The Shih Tzu’s face has hair that grows in virtually every direction, thus giving them a chrysanthemum-face. Without constant trimming of facial hairs, the Shih Tzu’s eyes will be covered in no time.

2. A heroic Shih Tzu once saved her owner from a Tsunami.

On March 11th 2011, one of the most devastating earthquakes in recent memory struck Japan’s east coast. The 9.1 magnitude earthquake lasted about 6 minutes and happened just 50 miles away from Japan’s peninsula.

But what was even more catastrophic was the tsunami that followed shortly after. Waves that reached 133 feet tall and traveled over 400 miles per hour powered through the Japanese coast, which eventually led to the infamous Fukushima nuclear disaster.

But in the most dire and devastating situations, heroes are born. One of which was a petite 10-pound Shih Tzu named Babu.

Shortly after the earthquake had ceased, Babu was still on alert, nervously pacing around the living room. The Shih Tzu’s owner figured she really wanted to go for a walk, so she gave in.

As soon as the owner opened the door, Babu started sprinting away from her usual walking path. Instead, Babu started to make her way towards a nearby hill. The Shih Tzu would also look back frequently, as if to signal to her owner to walk faster.

But as soon as they made it up to the top of the hill, the owner turned around and was stunned. The path that they were just walking on was completely covered in water. And their home? It had already been swallowed up.

Had it not been for this heroic Shih Tzu, the fate of these two could have been completely different. And if you’re interested in learning about how dogs can sense these natural disasters before they happen, check out our article on dogs and earthquakes!

1. Owning a Shih Tzu in ancient China was highly illegal (for some).

In Ancient China, many Chinese lap dogs are often associated with the emperors and elitists, including the Shih Tzu. But did you know that it was actually illegal for commoners to own a Shih Tzu? What’s more, historians believe that illegally owning one of these royal dogs could earn you a death sentence!

The height of the Shih Tzu’s reputation took place during the Ming and Manchu Dynasties. These dogs were bred and raised exclusively by those living in the emperor’s palace.

In fact, the entire breed was considered to be the exclusive property of the Chinese royal court. That said, any commoner caught with a Shih Tzu outside of the royal court was charged for stealing from the emperor.

For such a crime in an Ancient monarchy, the death penalty made a lot of sense back then. The good news is that anyone is free to own one of these lovely dogs today – and they’re as easy to find as any dog breed.

So what were your favorite facts about the Shih Tzu? Did we miss a fact that deserves to be on this list? Let us know in the comments section below! 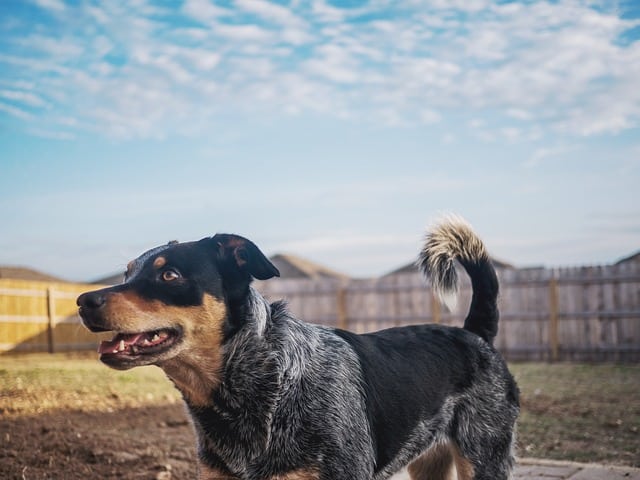 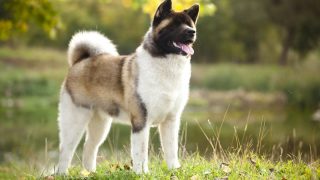