The Samoyed, or “Sammie,” is a happy and cheerful dog breed that’s capable of solid work. With their fluffy white coats and a majestic aura, they’re one of the most beautiful and stunning dogs in the canine kingdom. But there’s a lot about these dogs that you didn’t know.

Did you know that Samoyeds were once used as reindeer herders? Or that the Samoyeds’ coat has unique trait that isn’t seen in any other breed? Interested in knowing why Samoyeds are always smiling back at you? Hint: this is not because they’re always cheerful and happy!

10. Samoyeds regularly help researchers in the North and South Poles.

Samoyeds are unique dogs with their fluffy thick coats and their adventurous spirits. All of this means they’re ideal for living in the coldest climates in the world. After all, they were developed in Siberia where temperatures can reach a staggering negative 80 degrees Fahrenheit!

But did you know that Samoyeds were once the breed of choice for companions and working dogs in expeditions of the North and South poles? In fact, some Samoyeds still take occasional trips!

The history of Sammies in Antarctica can be traced back to the 19th century. And in 1893, top Norwegian explorer Fridtjof Nansen exclusively picked Sammies for his trip to the North Pole.

Not only could Sammies sustain the cold temperatures, but they also had the stamina to tirelessly work and the trainability to learn new jobs. From there on, Sammies made their way to the South Pole and are still used in expeditions at the edges of the globe today.

9. Among all breeds, Samoyeds are the closest relatives to wolves.

We already know that dogs are related to their ancestors – the prehistoric wolves. However, some breeds are more closely linked to them than others. But how did scientists come to this conclusion?

In 2011, a Russian-led group of archaeologists discovered an ancient canine skull in Siberia. Scientists concluded this ancient dog was still in the early days of domestication.

But what’s really interesting is that this specimen seemed to be a hybrid of a dog and wolf, though being more dog than wolf. And after extensive DNA testing, scientists were able to compare the genetics with modern dog breeds we have today.

8. Samoyeds are always smiling, but it’s not because they’re always happy.

If you know the Samoyed, then you probably already have heard of the “Sammie Smile.” These dogs alway look like they’re smiling right back at you, which only adds to their charisma and charm.

However, there’s a reason that they can seemingly have a perpetual smile. You see – Samoyeds were developed to have black lips and a curve at each corner of their mouths. In fact, even the American Kennel Club states this in their breed standard.

But the function of this physical trait is actually to keep the Samoyed from drooling. In the sub-zero temperatures of Siberia, drools would quickly freeze and form icicles around the dogs’ mouths and on the thick fur. So we hate to break it to you – your Sammie probably isn’t always happy!

If you’ve ever met a Sammie, you probably already know that they’re heavy shedding machines. But even so, they aren’t as big of a problem for allergy-sensitive owners as you’d think.

Humans are actually allergic to dander, which is pretty much the equivalent of dandruff in humans. When dogs shed, they release dander into the air and cause allergic reactions.

So it’d make sense that dog breeds with the heaviest shedding may be a complete nightmare for allergic dog owners. However this is not the case with the Samoyed.

Despite their heavy shedding, Samoyeds are still somewhat hypoallergenic dogs because they produce a lot less dander than the typical dog. So even though they’re profusely shedding, there’s just not as much dander in the air. Of course, this is just another reason why Samoyeds are fantastic dogs for just about anyone.

If you already thought the Samoyeds’ coat was super amazing, then you’d be surprised to know that these dogs don’t stink! According to Sammie owners from around the world, these dogs really don’t produce your typical dog odor.

In fact, some of them claim that they don’t produce any odor at all! However this doesn’t mean you shouldn’t keep up with their grooming.

Without proper brushing and the occasional baths, debris and dirt can get stuck in their lavish coat, which may indeed lead to a smelly dog – Samoyed or not.

5. One British zoologist re-named the Samoyed.

Have you ever wondered why they’re called the Samoyed? In fact, they weren’t always called that. Back in the late 1800s, Samoyeds were first imported from Siberia for the purpose of working with arctic expeditions.

The British zoologist, named Ernest Kilburn Scott, was the first to bring one home. Early on, his British peers called his dog “Bjelkier,” which is just the Russian name for the breed.

However in 1909, Kilburn Scott established the Samoyed Club of England, where he decided to change the name of the breed to “Samoyed.” He named it after the local Samoyedic people that first domesticated these dogs.

4. Queen Alexandra was a huge fan of the Samoyed.

Queen Elizabeth has her royal Corgis, King Charles was known for his spaniels, and the ancient Chinese Emperors had the Pekingese. Dogs have been man’s best friend throughout all of history, whether a peasant or royalty.

Alexandra of Denmark, who served as the Queen of the United Kingdom in the early 20th century, was a royal that had her fair share of dogs.

As the princess of Wales, she was known for being a huge dog lover that owned breeds such as the Basset Hound, Pug, Japanese Spaniel, Collie and many more. However, Alexandra loved no dog breed more than the Samoyed!

After receiving the dog as a gift from the Czar of Russia, she instantly fell in love with the breed! She would go on to promote awareness of the Samoyed by being a devoted fan and even went as far as becoming a breeder.

In fact, a large percentage of Samoyeds found in the UK and America today can be traced back to the dogs of Alexandra.

3. Samoyeds likely herded reindeers in their past.

Did you know that in 2011, Samoyeds became eligible to participate in the AKC Herding Instinct tests? If you didn’t already know – Sammies were originally herding dogs and they herded some of the most interesting animals. You probably won’t find too many cows and sheep in the tundra.

Samoyeds were widely used by the Samoyedic people, who were known to keep herds of caribou and reindeers. Of course, they needed versatile working dogs that could help drive herds and keep them in line. Samoyeds did this job perfectly.

They may not be a Border Collie or Australian Shepherd, but they can still show elite herding instincts today. In fact, the first Samoyed to win the AKC herding title did so in 1992!

2. One lost Samoyed was miraculously found stranded in the Arctic.

In June 2021, a Samoyed named Aika, wandered off from a remote Russian village while playing outside. This type of scenario happens all the time, but where the dog ended up will shock you!

About a week later, while an icebreaker ship was making rounds in the arctic, they couldn’t help but spot a peculiar animal. As it turned out, Aika the Samoyed was stranded on sea ice!

The crew lowered their ladder onto the piece of ice and the ecstatic pup immediately ran over at the first sight of humans in days. The dog was taken to a nearby village and eventually reunited with her owner.

To this day, the owners still have no idea how the Samoyed managed to stray that far away and become stranded on ice in the middle of the sea. Fortunately, Samoyeds were built to withstand the rough temperatures of the arctic. But even so, Aika’s endurance is nothing short of amazing.

To owners, the constant shedding of the Samoyed fur may be annoying and a handful. However, to the Samoyedic people, it was seen as a gift from these wonderful dogs.

In fact, dog fur harvested from the Samoyed is believed to be around 50% warmer than the typical sheep wool. Now don’t get any ideas and try to shave your Samoyed for their fur – you’ll ruin their coats as they won’t grow back the same.

Instead, just collect the fur that’s already shed. And trust me, there will be plenty.

So what was your favorite Samoyed fact? Did we miss any that deserves to be on this list? Let us know in the comments section below. 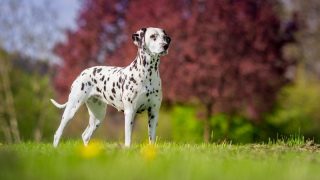 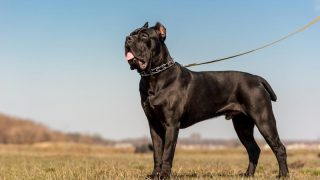