Dalmatians are famously know for their unique coat pattern. Who can mistaken a Dalmatian for another breed? And if you’re a fan of 101 Dalmatians, you probably already love this breed. But trust me – there’s a lot that you don’t know about them.

For example, did you know that Dalmatians have had records all around the world in ancient times? Ever wonder why Dalmatians tend to get along with Horses? Interested in learning how Disney’s “101 Dalmatians” actually hurt the breed more than it helped?

If you are then stick around! In today’s article, we’re counting down the 10 most interesting Dalmatian facts that you didn’t know. And that all starts right here on The Smart Canine, the only show that explores the most interesting stories and facts behind dogs.

10. Dalmatians are born without their iconic black spots.

The easiest way of spotting a Dalmatian is undeniably the coat pattern. After all, the cow-like black spots on a white coat is the signature trait of this breed. But did you know that when Dalmatians are born, they’re initially all white with no spots?

However just because they appear all white doesn’t mean they don’t have any of the black spots. You’re just not able to see them yet.

Young Dalmatian puppies have pigmentation spots, though they’re concealed by their white fur in the early days. It takes about 2 weeks before the spots start to appear on the coat. And from three weeks and on, any fur that grows over the pigmented skin will be a darker color.

By the time your Dalmatian hits 5 to 6 months old, the spots will become more apparent. And keep in mind, it can take a Dalmatian puppy up to seven months for their spots to be fully grown and obvious.

9. They were once the premier coach dogs of the canine kingdom.

In the past, all dog breeds were developed and bred for a specific role or job in society. In most cases, they primarily worked alongside humans. For example, you have herding dogs, retrieving dogs, guard dogs and many more.

But have you ever wondered what Dalmatians were actually bred for? While there’s evidence to suggest that these dogs were once versatile workers that had many jobs, they’re famously known for being coach dogs.

Back then, traveling wasn’t as safe as it is today, especially if you were among the wealthy. Roads were sparse and there were plenty of bandits and thieves looking to rob the next carriage that rolled through.

Of course carriages needed protection, which is why they were always surrounded by Dalmatians that ran alongside the carriages. But why did they exclusively use Dalmatians?

Dalmatians are quick and agile, with the endurance to match that of the horses pulling the carriage. In addition, they are highly alert and are capable of spotting both animal and human threats from afar.

Could you believe that Dalmatians were once nomadic dogs that traveled with the Romanian gypsy caravans? Well it’s true! We couldn’t believe it either. In fact, Romanian gypsies are famously known to have ties to several dog breeds.

For example, they made a lot of their money in entertainment where they often featured Poodles in their dog performance acts. And when it came to poaching on private estates, the Romanians famously used the Bedlington Terrier.

But what about Dalmatians? Because of the breed’s history as coach dogs, along with the fact that Romanian gypsies were always on the road, Dalmatians actually made a lot of sense.

I mean – these nomads had all their life possessions in their wagons and needed some form of protection on the roads too. And according to historians, Romanian gypsies treasured these dogs because of their flashy markings and their energetic personalities.

7. Dalmatians are the mascot for firefighters.

Have you ever wondered how Dalmatians became the mascot for firehouses despite never seeing any firefighters working alongside the breed? Well, the history of Dalmatians and firemen goes way back.

More than a century ago, fire trucks didn’t exist. Instead, firefighters rushed over to the scene using horse-drawn carriages. When the alarm went off, Dalmatians were trained to run out and bark to let bystanders know that the fire wagons would be coming out.

After the wagons left the station, the Dalmatians would run alongside just like they did with those in carriages. And because horses tend to shy away from the blazing flames, these dogs were there to give the horses confidence and comfort in approaching the fire.

When the firemen were off doing their jobs, Dalmatians protected the wagons and horses. Though with the invention of the gas-powered fire truck, they really didn’t need these dogs anymore. But even so, Dalmatians have remained the mascot for firehouses.

6. A Dalmatian set the world record for giving birth to the largest litter.

The normal litter size for dogs ranges anywhere from 1 to 12 puppies, depending on the breed and other various factors. On average, pregnant dogs tend to produce about 5 to 6 puppies in one litter.

However in 2019, a Dalmatian named Melody gave birth to a remarkable 19 puppies! The amazing Dalmatian gave birth to 9 females and 10 males. All of which were named after Disney characters – according to the owner. I guess the owner was a huge fan of Disney’s 101 Dalmatians too!

5. Dalmatians are the mascot for Budweiser Clydesdale.

Budweiser isn’t just world famous for their delicious beers, but also their Clydesdale parades. In the early days of the renowned brewery company, they would deliver beers using beer wagons pulled by their Clydesdale horses.

And because the Dalmatian is the choice-of-breed for running with the horses, they unsurprisingly were picked as the mascot for Budweiser Clydesdales.

However, they still participate in parades and celebrations using restored wagons and Clydesdale horses. And sure enough, Dalmatians often still make appearances alongside.

4. Nearly a third of Dalmatians are deaf or have hearing impairment.

There’s an auto-recessive gene that not only results in the breed’s blue irises, but also leads to hereditary deafness. In countries where the breed standard excludes the Dalmatians’ blue eyes, the percentage of dogs affected by deafness is considerably lower.

It’s also worth noting that the AKC’s breed standard for Dalmatians does not require the eyes to be blue – they could also be brown.

3. Dalmatians have a special affinity towards horses.

Given how Dalmatians have spent most of their “work life” with horses, it’s not really a surprise that they tend to get along with these animals. Few of us will ever get the opportunity to watch the friendship of a Dalmatian and horse develop. However, it happens all the time.

The history of the Dalmatian-and-horse relationship can be traced back to ancient times. Even in ancient Egypt, the Dalmatians were believed to be war dogs and hunting companions. That said, historians believe that the two species had to learn to work together in order to hunt and fight effectively.

Horses are also animals that require some form of companionship, whether that comes from other horses or dogs. And while Dalmatians were ideal because they had the endurance to keep up with horses, some believe it’s possible they were actually picked because they got along well with horses.

2. Disney cult classic “101 Dalmatians” both helped and hurt the breed.

Who could forget the Disney classic film, 101 Dalmatians? When the remake of the film came out in 1996, it really put the spotlight on Dalmatians. However, it actually hurt the breed more than it helped.

In the movie, Dalmatians were portrayed as fun, adorable and cheerful dogs. While this is all true, the movie never mentioned the “downside” to owning a Dalmatian.

For example, these dogs are very energetic and require a decent amount of exercise to keep them mentally healthy. Dalmatians also tend to be heavy shedders, which may not be ideal for those allergic to these animals.

According to the New York Times, many parents gave their kids Dalmatian puppies for Christmas, just a month after the release of the film. By the time 1997 rolled around, the shelters were completely filled with Dalmatians.

1. These dogs have been seen all around the world in ancient history.

The thing about Dalmatians is that no one knows for certain where they originated from. In fact, there’s evidence to suggest that they’ve been all around the world early on. There’s no doubt that historians have documented Dalmatians in Austria.

However, they were also in Asia around the same time. And if we look at ancient relics, it’s obvious that Dalmatians were in ancient Egypt, but also all around the Middle East. Though we don’t know for sure, historians believe that they’re likely from an old region called Dalmatia – hence the name.

But how did they believe these dogs appeared all over the world? Well at one point, Dalmatians traveled with Romanian gypsies. And of course, they travelled everywhere. There’s a good chance that they sold or exchanged some of their Dalmatian dogs while living the nomadic life.

And the earliest evidence of the Dalmatian came around 1360 AD, where historians point to a painting in the Spanish Chapel of Florence depicting a dog eerily similar to modern Dalmatians.

So what was your favorite fact about Dalmatians? Did anything surprise you? If you have something interesting to tell us about this breed, let us know in the comments section below. 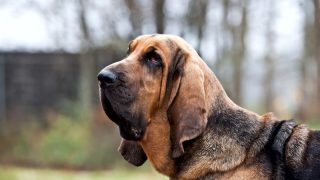 ← Previous
10 Most Interesting Bloodhound Facts That You Didn't Know 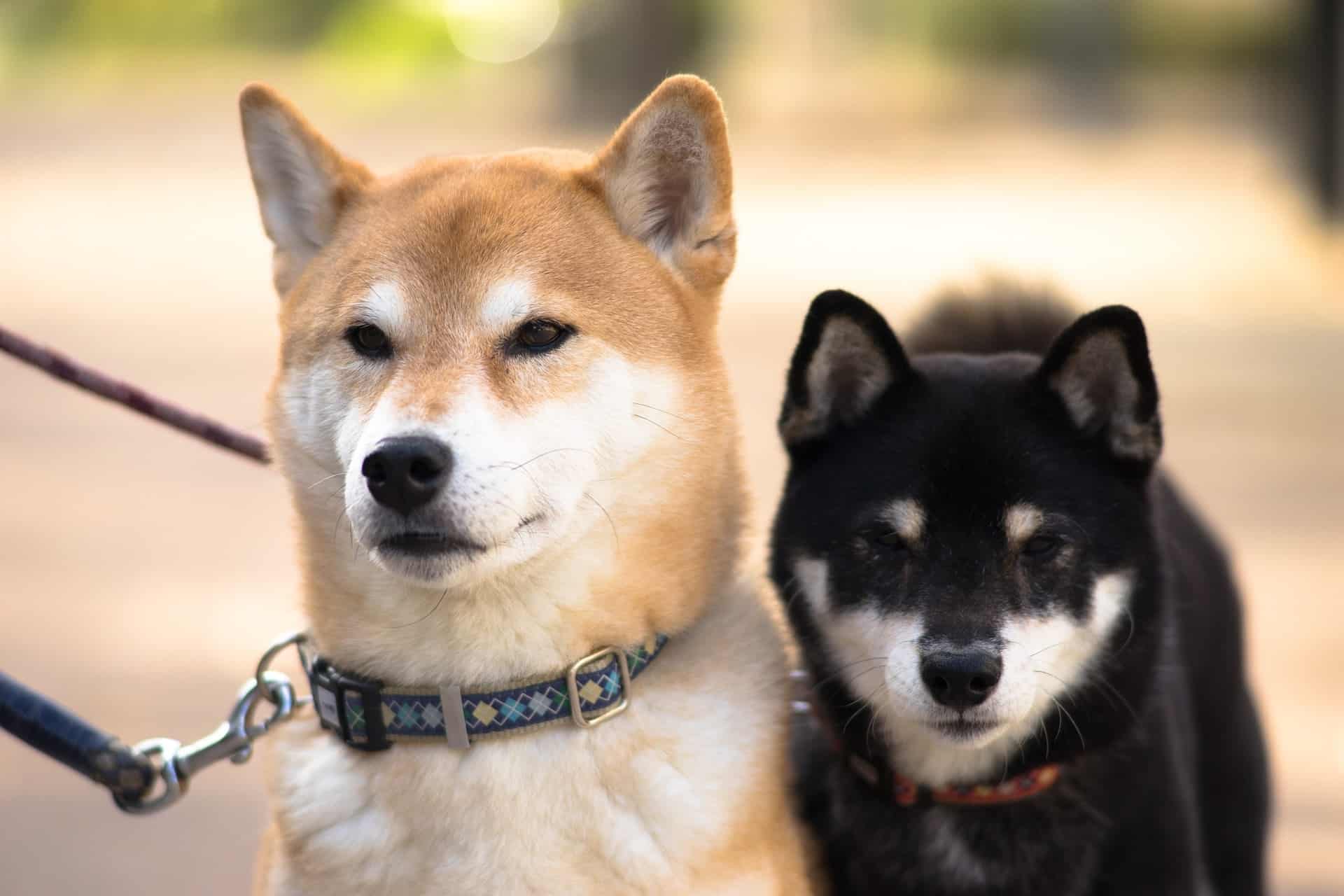