Papillons are energetic, happy and affectionate spaniel dogs that love nothing more than to crawl up in their owner’s laps. While these dogs are known for their upright ears, there’s more to the Papillon than you know. In fact, they’re not just your ordinary, average lap dog.

Like did you know that one Papillon became the first dog to win all three major dog shows in a single year? Or that we have evidence suggesting these dogs are one of the oldest European breeds? Interested in learning why Papillons are one of the most intelligent toy dog breeds?

If questions like these intrigue you, stick around! In today’s article, we’re counting down 10 little-known Papillon facts that you probably never heard of. And if we missed a fact that should be on here, make sure to let us know in the comments section below.

10. There’s one Papillon that inherited a ton of money.

Believe it or not, there’s one Papillon that’s sorta rich – well, at least compared to other dogs. When Oscar-winning actress Lauren Bacall passed away in 2014, she made sure her estate would take good care of her family, including her loyal Papillon.

The pet pooch, named Sophie, was given $10,000 dollars to continue enjoying her luxurious lifestyle that she grew accustomed to over the years. In fact, this money left for Sophie was the first item on Lauren’s will.

But of course, it’s not like Sophie had a bank account. So how did this actually work? The money was actually left to Lauren’s son, who was designated to care for the dog (but the will specified it must be spent on the dog).

The rest of Lauren’s estate went to the kids, including her loyal maid. With 10,000 for a dog, it really makes you wonder just what kind of lavish  life Sophie lived with her celebrity owner.

9. Papillons were named after their signature ears.

Have you ever wondered where the Papillon got its name? The word “papillon” actually translates to “butterfly” in French. But what does the butterfly have to do with these dogs?

During the early days of the 17th century, nearly all toy spaniels had ears that dropped down. However, this was not the case with the Papillon.

So when the court of Louis the 14th developed this toy spaniel with upright ears, they were given the name Papillon due to the ear’s resemblance to a butterfly. And throughout all these years, the name stuck for obvious reasons.

8. Papillons have one of the strictest and most precise breed standards.

The American Kennel Club, or AKC, is notorious for having extremely descriptive dog breed standards with strict guidelines. However, no breed standard may be as strict and precise as the Papillon’s breed standard.

Not only does the standard specify whether the dog should always be a certain color, but also what colors and how partial the colors can be. It even indicates where these colors or patches may appear on the coat.

Sound confusing? Yeah, we think so too. But the reality is that…it’s not really that important if your Papillon follows their breed standard. Unless you plan to compete in AKC shows, it really doesn’t matter whether they have that perfect patch of white in that exact spot.

All Papillons are loving and happy dogs – no matter how they look!

7. There’s a different variety of the Papillon.

Yes, there’s another variety of these wonderful dogs. And they’re differentiated by one very significant trait….the ears! We already know that Papillons have large, upright, butterfly-looking ears. But there’s a version of the Papillon where their ears hang down.

We don’t call these dogs the same name. Rather they’re referred to as the “Phalène” Believe it or not, the Phalène was the more popular variety back in the 17th century. However by the 19th century, the upright ears became more fashionable, which led to the rise of the Papillon.

The Papillon’s popularity grew so quickly that the Phalene almost went extinct! Fortunately, the Phalène is still alive and well today, though still not as popular as the Papillon or other spaniel-type dogs.

6. Papillons were used as ratters.

So what exactly is a “ratter?” Ratter dogs typically refer to dog breeds developed to help in capturing and hunting down rats. While Papillons were originally bred for companionship, they did have a period where their ancestors were multi-purpose ratting dogs.

And yes, I do realize the petite size of the Papillon. Standing at just 10 inches and weighing less than 10 pounds, Papillons most likely won’t be able to straight-up catch and kill a large rat. Instead, they had to approach ratting with a unique strategy.

Unlike other popular ratting dogs, Papillons will play the long game. These little dogs would chase the rats around and taunt them until they became too tired to fight back. Eventually these worn-down rats would give up and the Papillons would go in for the easy target.

It’s a lot more effective than you would imagine. Papillons may not be as athletic as the Rat Terrier or as tenacious as the Jack Russell, but they have quickly become underrated ratting dogs.

5. No one knows for sure where the Papillon originated from.

Despite the prevalence of the Papillon today, we still don’t know exactly where they came from. Given historic art works, we do know that Papillons were around at least during the 1200s in Europe. But even so, historians still have questions on the origins of their ancestors.

For example, some believe that Papillons actually originated from China, as they so closely resemble the Chinese Pekingese. Others claim that the Papillon may, in fact, be related to the Japanese Chin instead.

And then there’s a large camp that believes these dogs were always in Europe.In other words, the Papillon could have just been a downsized version of older Eastern European dog breeds.

But despite where these dogs actually came from, a lot of credit has been given to European countries, such as France, Spain and Belgium, for refining the breed. They’re mostly responsible for breeding the modern Papillon that we know and love today.

4. One Papillon smashed the breed record for the Masters Agility Competition at the WKC dog show.

There’s perhaps no dog show as famous and renowned as the Westminster Dog Show. And on arguably the biggest stage in the world, one Papillon shined the brightest at the 2019 Masters Agility Competition.

A three year old Papillon named Gabby, who stood no higher than 8 inches tall at the shoulder, not only won the Agility championship for her class, but also set the all time record for the breed. She completed the course in just 39.31 seconds, which is only second to a Border Collie named Verb.

What made Gabby such an internet sensation is the fact that such a small dog had lightning quick agility. Fans on social media were quick to praise the small dog, who in a way, was a huge inspiration to all of us.

Never underestimate those small legs of a Papillon! They can move a lot quicker than you think. That being said, it’s no wonder why some people refer to these dogs as “mini Border Collies.”

3. A Papillon has become the first and only dog to ever win all three major international dog shows in a single year.

Gabby is certainly a legend among the AKC show dog community. However, there may not be any individual dog as decorated and famous as the Papillon named Kirby. Kirby was the first and only dog to have won all three major international dog shows in a single year.

Till this day, a few dogs have come close to matching Kirby’s amazing feat, but none have actually accomplished the elusive hat trick. The career that Kirby has had as a show dog is something that most aspiring show dogs can only dream of.

Not only did he win plenty of championships, but he also became the oldest individual dog to win Best in Show at Westminster. In 2005, the 14 year old Kirby returned to competition by entering the Veterans class, where he swept all three ribbons.

2. They’re the most intelligent toy dogs – and by a long shot.

According to canine psychologist and researcher Stanley Coren, Papillons are the eighth smartest dog breeds in the world! They’re more intelligent than popular “smart” dogs, such as the Rottweiler, Welsh Corgi, Australian Shepherd, Blue Heeler and many many more.

But what does this actually mean for your Papillon? It means they’re crazy-fast learners. You can teach a Papillon a basic command in fewer than 5 repetitions. That’s like teaching them something in just a few minutes!

They’re also some of the most obedient dogs in the world. For example, Papillons are able to obey a known trick or command (on the first try) with a 95% or better success rate.

So just because the Papillon has a small head, and thus small brain, doesn’t mean that they can’t compete with the best in terms of dog intelligence.

1. Papillons are one of the oldest European breeds, as evident through classical art.

Do you know how we know Papillons are at least 700 to 800 years old? It’s because they were frequently featured in historic classic artworks! Some of the most famous European painters, such as Rembrandt, Rubens, Velasquez, Van Dyke and Goya, have all featured Papillons in their works.

For example, there’s Lavinia Fontana’s “Lady with a Lapdog” from 1595. Don’t forget Titian’s classic “Portrait of Clarissa Strozzi,” which features a small child with her loyal companion Papillon.

And of course, there’s Rembrandt’s “Portrait of a Lady with a Lap Dog.” A timeless classic that features a Papillon doing what he does best, that is, cuddling on his owner’s lap.

Currently, there are hundreds of known examples of Papillons in fine art. It’s simply amazing how big of an influence these dogs were back then!

So which Papillon fact was your favorite? Did we miss any that deserve to be on this list? Let us know in the comments section below! 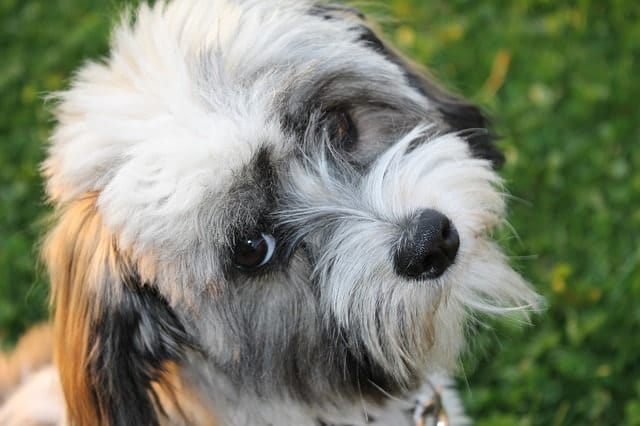 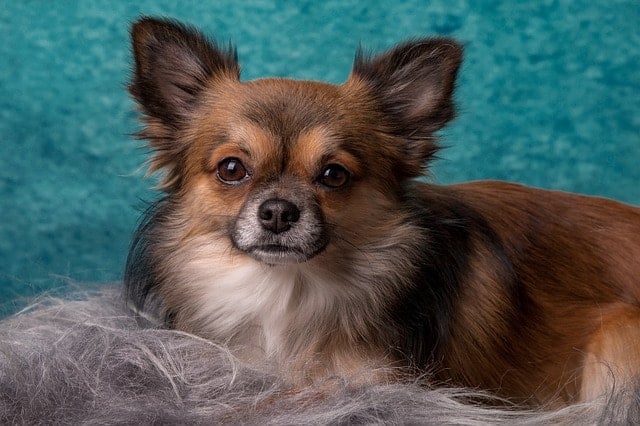 Next →
What Were Chihuahuas Originally Bred For? - The Truth About The Chihuahua's Origins
Click here to cancel reply.