Are Samoyeds Smart? – Here’s What Makes Them Highly Intelligent Dogs

Samoyeds are your friendly and gentle herding dogs from the arctic circle. They’re big and fluffy, though also one of the most cheerful breeds in the world. But with their perpetual smile, you may be wondering whether Samoyeds are actually intelligent.

Samoyeds are the 44th smartest dog breeds out of 138 breeds, according to canine psychologist Stanley Coren. For obedience & working intelligence, Samoyeds are above-average. But even so, what makes theSamoyed really intelligent is their ability to work all jobs by learning from their past mistakes and experiences.

There’s no denying that Samoyeds are great dogs, but why are they smart? You’ll be surprised to learn that there’s more to these dogs than just a goofy, cheerful dog. Let’s examine how we measure dog IQ and what really makes Samoyeds smart.

How We Measure a Samoyed’s Intelligence

Samoyeds are smart, but how did the experts come to this conclusion? The infamous list of smartest dog breeds that we have today is largely credited to Stanley Coren.

As a pHD and canine psychologist, Coren was able to come up with his rankings with the help of 199 obedience trial judges from North America.

Using Coren’s dog intelligence criteria, the obedience judges evaluated and ranked as many dog breeds as they could get their hands on. The criteria is as follows:

Though Coren received a lot of evaluations, not all dog breeds qualified for his final list. As a matter of fact, only dog breeds with at least 100 responses made the cut. Fortunately, the Samoyed was one of them.

How the Samoyed Performed

The Samoyed performed relatively well in Coren’s intelligence trials! As mentioned, they were the 44th best performing dogs (out of 138). And as a result, they were classified as above intelligent dogs.

This meant that the Samoyed was able to learn a new command with just 15 to 25 repetitions. You’ll probably be able to teach a Samoyed a new command in a few short hours!

Additionally, these dogs are some of the most obedient. Samoyeds are able to obey a known command on the first try with a 70% or better success rate!

If you’re not convinced this is great, we’ve identified other popular dog breeds in the same intelligence class as the Samoyed. Above average dogs include the Yorkie, Newfoundland, Dalmatian, Bearded Collie and Giant Schnauzer. Not a bad class to be in!

Samoyed are definitely above average. But how do these dogs compare to the smartest dog breeds? Coincidentally, the most intelligent class happens to be the top 10 smartest dogs.

For reference, these are the Golden Retrievers, Labradors, German Shepherds, Poodles, Rottweilers, Dobermans and more. They’re also some of the most popular dogs too.

The smartest dogs are able to learn a new command with 5 or less repetitions! This is at least three times faster than a Samoyed. Simply incredible.

These same dogs are also the world’s most obedient dogs. They’re able to obey a known command on the first try with a 95% or better success rate!

2 More Reasons Why Samoyeds Are Smart

The smartest dog breeds list published by Stanley Coren only measured one dimension of dog intelligence. Because working and obedience intelligence is the easiest to objectively measure, the rankings are based on just that.

However, there are other important components of canine intelligence that the Samoyed excels at. Namely, instinctive and adaptive dog intelligence.

The “Jack-of-all-trades” Type of Intelligence

The Samoyed’s instinctive intelligence refers to the innate ability or skill that they were bred for. Dog breeds were bred for herding, while others for hunting or retrieving. It depends on the dog.

For example, Australian Shepherds were bred to be herding dogs. Without additional training, they will instinctively round up livestock, manipulate them into formations and drive them towards a direction. This is instinctive intelligence.

With that said, the Samoyed was originally bred to be the ultimate multi-purpose dog from the arctic circle. Thanks to their size and power, Samoyeds were capable herding dogs, guard dogs, hunting dogs and even sledding dogs (like many other spitz dogs).

What’s even more impressive is that they were bred to herd reindeers. There aren’t many dogs that can pull off herding 1000-pound animals.

In fact, the American Kennel Club believes they’re some of the most adaptable dogs, describing them as “adaptable, friendly and gentle.”

One Samoyed owner tells us,

My Samoyed is able to figure out when I plan to leave the house. By the time I finish getting ready to go out, my Sammy will already be patiently waiting next to the door.

Another owner explains, “I have a Samoyed and an Australian Shepherd. I recently brought home a kitten that gets freaked out and will paw/scratch my dogs.“

She continues by explaining, “after the first scratch, my Samoyed doesn’t get close anymore. But my Aussie has extremely short term memory and continues to bug the poor kitten and take a paw to the face.”

Of course, there are just some stories of high adaptive intelligence in Samoyeds. If you ask any owners, they’ll most likely have a surplus of stories just like these.

Is Your Samoyed Smart?

We believe that the best way to answer this question is by asking real Samoyed owners themselves. Because IQ can vary in Samoyeds, reading experiences of the owners is a great way to gauge intelligence.

As such, we surveyed the popular Samoyed Subreddit (and other dog forums) for answers. Here’s what they had to say about their dogs.

1. Zhigou1 says Yes: “Most of the basic stuff (sit, lie down, paw…) he picked up almost immediately and it was apparent that I was dealing with a very intelligent dog.”

2. Urbanmanla says Yes: “I’ve always known Samoyeds are smart dogs but didn’t realize until I actually got one. My dog loves to learn and i had absolutely no trouble with training.”

3. Dianthe says Yes: “Orion (samoyed) is the worse one out of my dogs when it comes to recall and he is also the most intelligent one, he is constantly thinking and assessing every situation.“

4. Luckydrag0nsk says Yes: “My Samoyed is too smart for her own good. She picks up on the smallest things, it’s actually kind of scary.“

5. Pumpkinskittle says Yes: “She is very smart and has learned all different types of tricks. She loves to play fetch, like any dog, and if I ignore her she will slowly pile all of her toys around me until either she runs out or I start throwing them for her.“

6. Lonewolf143143 says Yes: “I’ve been around all types of dogs my whole life. The Sammy that I was fortunate to spend part of my life with was the smartest dog. Don’t get me wrong, I love the dogs that are in our family currently.“

7. Intrepidtravels4 says Yes: “My Sammy not only has a scary biological clock but will sometimes remind me when its time to feed him. If that’s not a smart dog I don’t know what is.“

8. Sveta_the_samoyed says Yes: “She is freakishly smart. She learned tricks immediately, but selectively listens depending on if she knows there’s a treat coming or not.“

9. Ginalux41 says Yes: “All dogs are smart. But I’m pretty sure my samoyed is smarter than I am at times.”

10. Cluelessewok says Yes: “Sammies are smart!! Very smart!! Easy tricks like “paw/other paws” only took my Sammy couple tries. Harder ones like “roll over” took only a day!“

One of the biggest complaints from Samoyed owners is that their dog gets bored easily. This boredom is because they’re such intelligent dogs and need a ton of mental stimulation.

Not all owners are able to provide sufficient mental stimulation, which is where smart dog toys and puzzles come into play. They’re fantastic for keeping their minds busy and can give you a break from time to time.

Here’s some of my favorite smart toys and puzzles that my dogs really love.

I absolutely love the StarMark Bob-A-Lot (as many other Amazon customers do too). It’s a bobble toy where you can put kibbles and/or treats.

Your Samoyed will need to bob the toy in a certain direction to dispense the treats. It’s also a great feeder for dogs that simply eat too fast! Make sure to get the large size. Check it out at Amazon here.

Another dog puzzle my dogs love is the Nina Ottosson Dog Puzzle. There are three variations, but I went with the “Hide N’ Slide” variation. It’s a pretty simple puzzle, but an intelligent Samoyed would love it.

Put in your Samoyed’s favorite treats and let them figure out how to move the sliders to get to their treats. This is one of my Australian Shepherd’s favorite toys and he’s spent a great deal of time on it.

If you’re interested, I highly recommend checking this out here.

There are a ton of fantastic smart dog toys that your Samoyed will love on Amazon. You don’t need to purchase my recommended products, but I’d highly recommend picking up a few for your smart dog.

Is the Samoyed For Me?

With that said, I want to stress the importance of picking a dog breed based on temperament. Never ask if the dog is smart enough for you because frankly, all dogs are smart enough (Samoyed included).

Unless you need a dog for a specialized skill, such as hunting, herding or retrieving – all dog breeds will make great companions.

Instead, ask yourself if the dog’s temperament and personality will match yours. Does the Samoyed fit your lifestyle? In addition, you want to see if the environment is right for these dogs. Bringing one to a tropical island will not make them very happy.

Regardless, I highly recommend the Samoyed. They’re fantastic dogs that’ll bring a lot of joy into your life for years to come. Just keep in mind, Samoyeds are heavy shedders – not recommended for sensitive owners. 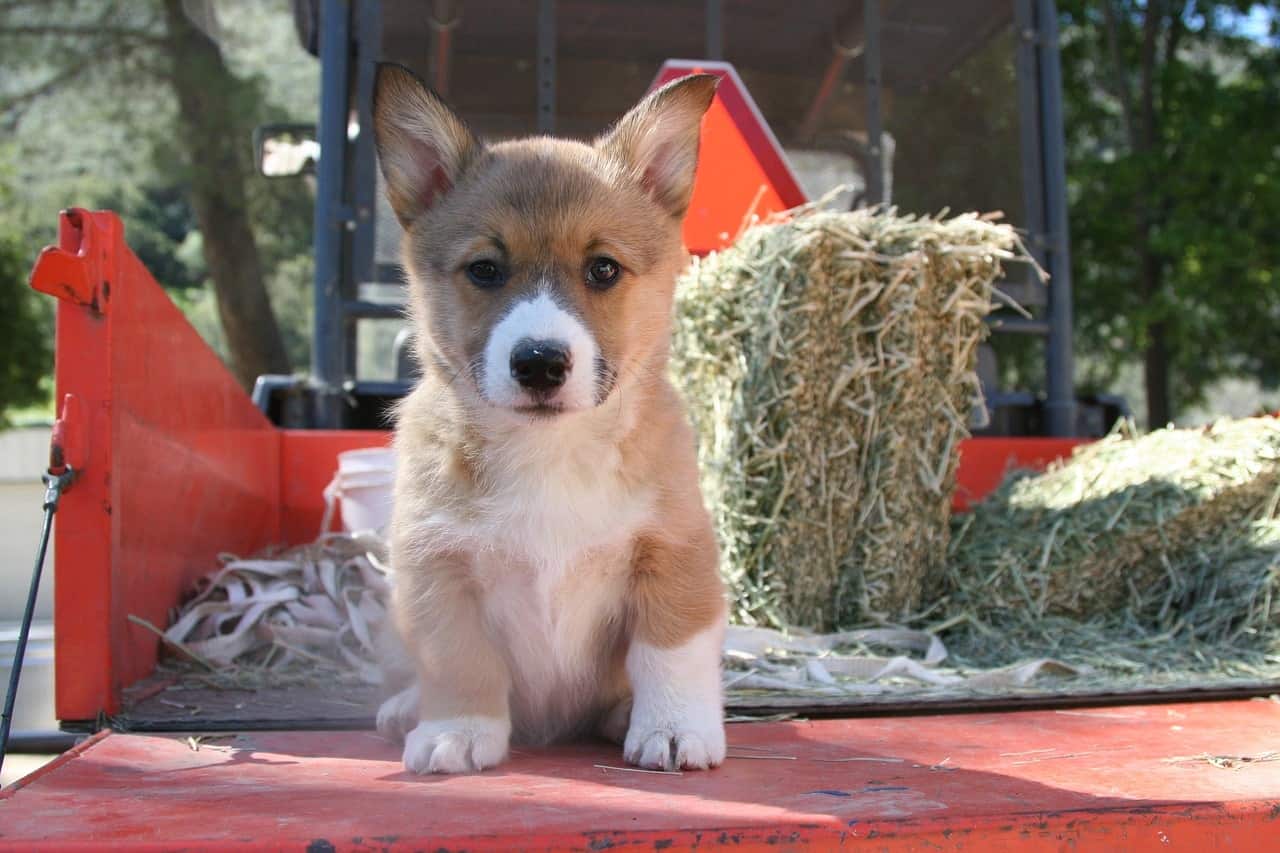 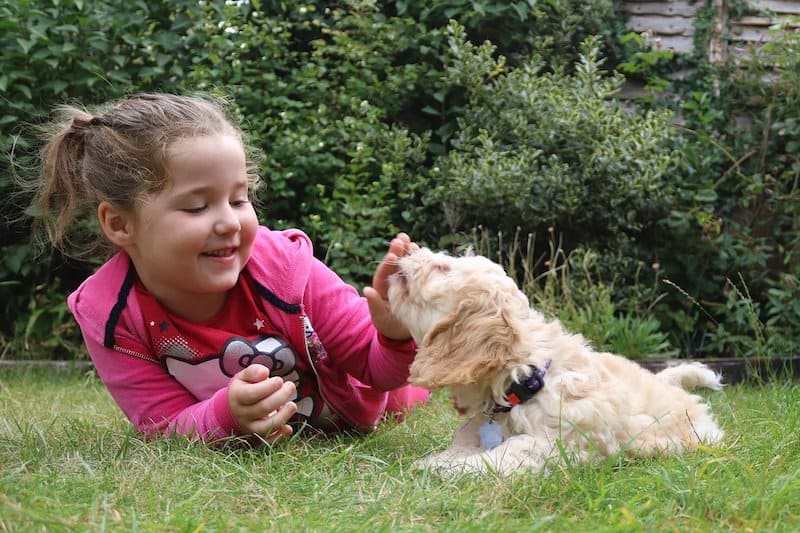 Next →
50 Best Dog Breeds for Kids - According to Dog Temperament Tests
Click here to cancel reply.

Samoyeds are actually number 33 not 44. And yeah they are stubborn but smarter they get credit for. Obedience should not measure how smart a dog breed are. I have seen plenty of poodle being so obedient but so stupid at the same time.

I'm not sure obedience is an accurate measure of intelligence. My Samoyeds were smart enough to know they didn't always have to do what I told them.

I agree. My Sammy is too smart. She learns tricks quickly but will only perform them when there’s something in it for her.