The Rhodesian Ridgeback is famously known for the ridge-like pattern that runs along their backs – hence the name. They’re fierce and courageous, though loving and sweet dogs. But I bet there’s a lot of facts that you never knew about these dogs.

Did you know about the Rhodesian Ridgeback that became best friends with a Cheetah? Or that these dogs are the only ones in the world developed to hunt the “king of the jungle?” Interested in learning why the Rhodesian is such a quiet dog?

Well, If questions like these intrigue you, stick around. In today’s article, we’re counting down the 10 most interesting Rhodesian Ridgeback facts that you probably never heard of. And that starts right now, on The Smart Canine – the only show that explores the most interesting stories and facts behind dogs.

10. The Rhodesian Ridgeback is a product of some of the world’s most famous dog breeds.

The Rhodesian Ridgeback is undeniably a unique dog with physical qualities that stand out among the rest. And while they’re not the only breed to have the signature “ridge fur” on their backs, it doesn’t mean they don’t have a complex history and origin story.

In fact, you’d probably be surprised to learn that popular English dog breeds, such as the Bloodhound, Greyhound, Great Dane and Mastiff, were all used in the development of the breed. Those English dogs were crossbred with the local African dogs to create the ridgeback that we know and love today.

But even so, we still don’t know for certain every breed that went into the development of these dogs. According to historians, it’s likely that there are other breeds that the English settlers brought into Africa that ultimately went into the ridgeback as well.

9. The ancestor that gave the Rhodesian Ridgeback its “ridge” has gone extinct.

There’s a reason why they’re called the “ridgeback.” It’s because of the distinctive fur pattern that sits along the dog’s back. But there’s only one breed that’s responsible for the Rhodesian inheriting this unique trait – the Hottentot Dog.

The breed was known for its pointed muzzle, triangular ears that hung low, and of course, the ridge on the back. But unfortunately, this African tribal breed has long gone extinct.

They traveled with the tribal Hottentot people and were sometimes exchanged with other tribes in the region. And in 1936, a European traveler named Desmond Morris encountered these dogs. At that point in time, he already noted that these dogs were on the brink of extinction.

In fact, the last record of these dogs came from a report that a game warden had shot and killed two of them in a game reserve in South Africa.

8. They’re the only dog breed in the world that can keep a lion at bay.

Believe it or not, Rhodesian Ridgebacks were actually bred to hunt lions. And to our knowledge, they’re the only dog breeds ever developed specifically for lion hunting. I mean – they’re not nicknamed (and still go by in some places) the “African Lion dog” for no reason.

However, we don’t mean they actually fight lions. The job of the Rhodesian Ridgeback is rather simple. A pack of ridgebacks need to keep the lion at bay by barking and circling the wild animal until the human hunters arrive for the final capture. They may be the only dogs as tough and agile enough to do this.

7. Unlike most dogs, Rhodesian Ridgebacks don’t bark for your typical “everyday” reasons.

Dogs bark if they’re frustrated or anxious. They bark when they’re happy or scared. And they’ll bark to “talk to” or communicate with you. But not all dogs are like this. On the other hand, the Rhodesian Ridgeback doesn’t “cry wolf” for no reason.

Unlike a Chihuahua who will likely bark at the slightest noise in your backyard, the ridgeback is a very quiet dog breed. In fact, we’ve heard that these dogs won’t even bark at door bells. There needs to be something seriously wrong to get these dogs to bark.

In most cases, these ridgebacks only bark when a real perceived threat is present. They’re likely let off a few deep warning barks to persuade the threat to run away. So when your Rhodesian Ridgeback is all of a sudden barking, you better pay attention to your dog and see what he’s barking at.

Let us know in the comments, is your ridgeback a quiet dog?

6. These dogs are excellent runners, capable of reaching high speeds in full stride.

Considering these dogs were developed to hunt, it should be no surprise that they’re quick on their feet. After all, how can a slow dog sneak up on a lion? But despite their relatively large size, they’re a lot quicker than you’d expect.

5. This huge movie star was the first to import and breed the Rhodesian Ridgeback in the United States.

Movie stars and celebrities are no stranger to dogs. Many of them are at least partly responsible for the popularity of several dog breeds. In fact, one Australian movie star, named Errol Flynn, was the first person ever to import these dogs into America.

You may know him from Hollywood hits, such as The Adventures of Robinhood or Captain Blood. He was famously known for his fast-paced sword fights – and many even consider him as the greatest “swashbuckler” of all time.

Flynn first discovered the Rhodesian Ridgeback when he was on an African hunting trip with Ernest Hemingway. And in the 1930s, he finally purchased a Ridgeback from an English breeder.

It was love at first sight. The animal-loving Flynn not only became the first importer of the Ridgeback, but he was also the first breeder in America too. If you own one of these dogs, consider re-watching one of his classics as a way of “thanking” the movie star.

4. The myth claiming the Rhodesian Ridgebacks are resistant to insect bites is false.

Don’t get me wrong, Rhodesian Ridgebacks are very robust dogs. Plus, they tend to live a long time. But there’s information online that claims that these dogs are resistant to insect bites. This simply isn’t true.

In a recent study, scientists investigated 6 frequent tick-infected ridgebacks over a period of 9 years. To summarize, they confirmed that ridgebacks are not more resistant than any other dog breed. What’s even more surprising is that one fairly large TV show mentioned that these dogs are immune to insect.

So far, all the owners of ridgebacks we’ve found in forums say they get as many bug bites as any other dog. But let us know in the comment section below….is your ridgeback immune?

3. They were widely known as the “Van Rooyen’s Lion Hound” in the past.

Like many of the modern dog breeds we know today, Rhodesian Ridgebacks did not always have the same name. In fact, these dogs were widely referred to as “Van Rooyen’s Lion Hounds” at one point. But how did these dogs get such an interesting and unique name?

In the 1800s, a big-game hunter named Cornelius Van Rooyen was looking for the perfect hunting companion. He needed a dog with great speed, but also the proper size to keep big games, specifically lions, at bay.

But most importantly, the hunter was looking for a dog that was brave enough to stand up to the much larger lion. After all, adult male lions can weigh up to 600 pounds!

With that in mind, Van Rooyen brought together some of the most formidable dog breeds he could find, including the ridgeback’s ancestor lion hound. He identified all the best qualities and physical attributes of each breed, and started crossbreeding for his perfect hunting companion.

The result was the early versions of the Rhodesian Ridgeback. So it made a lot of sense that these dogs were named after their original breeder. But in 1922, these dogs were discovered by Francis Barnes, who later refined these dogs into the more modern ridgebacks that we have today.

2. The Rhodesian Ridgeback only comes in “one color.”

Dogs come in all shapes, sizes and of course, color. But this isn’t exactly true for the Rhodesian Ridgeback. At least according to the AKC breed standard, these dogs only come in one color. And that color is “wheaten.”

However, you may be wondering how this is. In fact, you may have even seen these dogs in a variety of colors. But according to the AKC, these are just variations or different shades of the “wheaten” color. The breed standard for the ridgeback states that these dogs should only come in “light wheaten to red wheaten.”

That said, Rhodesian Ridgebacks are far from the colorful Pomeranians that apparently have 25 different colors. So what shade of “wheaten” is your Ridgeback? Let us know in the comments section below!

Just because you’re a different species, doesn’t mean you can’t become best friends with a dog. Plenty of humans are best buddies with their dogs. But at the San Diego Zoo, there’s one unusual BFF combination that’s made a lot of headlines in recent years.

An African Cheetah named Ruuxa, is best friends with a Rhodesian Ridgeback named Raina. The two grew up at the park together, and they’ve been inseparable.

When Ruuxa was rejected by his mother because his front legs weren’t properly developing, the zoo staff stepped in. Of course, they still wanted to raise the young cheetah cub, but wanted him to have a companion. This is where Raina comes in.

Since then, the two friends have stuck by each side through Ruuxa’s surgeries and Raina’s battle with cancer. Plus, Cheetahs are notorious for being nervous animals, and Raina certainly helps with his anxiety. According to the San Diego Zoo, they expect the pair to be together for the rest of their lives.

And that’s how it should be.

So did we miss a Ridgeback fact that deserves to be on this list? What was your favorite fact? Let us know in the comments section below. 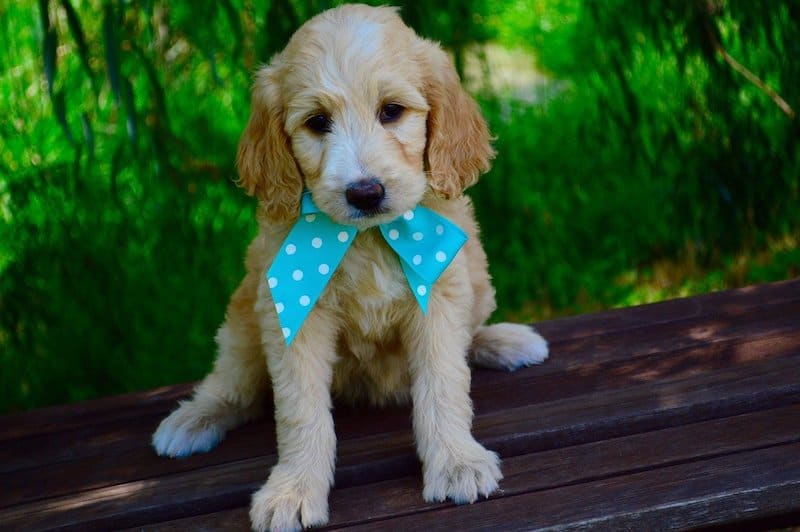 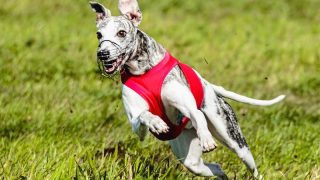 Next →
10 Most Interesting Whippet Facts You Didn't Know
Click here to cancel reply.