10 Most Interesting Newfoundland Dog Facts You Should Know

Newfoundlands are often described as “gentle giants” that act as amazing second-pair eyes for your kids. They’re fluffy, sweet and calm, which make them great family dogs for all types of people. But I bet there’s plenty of things you never knew about the Newfoundland.

Like, did you know that these dogs almost went extinct in their motherland of Newfoundland, Canada? Or that UK’s most famous dog in entertainment was a Newfoundland? Interested in learning about how one legendary Newfie saved 27 people from drowning in the most dangerous river in Wales?

Well stick around! In today’s article, we’re counting down the 10 most interesting Newfoundland facts that you never knew. And that all starts right now on The Smart Canine – the only show that explores the most interesting stories and facts behind dogs.

10. Newfoundlands almost went extinct in their namesake region of Canada.

Newfoundlands originated from Newfoundland, Canada. There’s no surprise there. So it’s crazy to think that out of all the places in the world, these dogs nearly went extinct in the place they first originated from. However, it’s true – and it’s likely because of political reasons too.

In the mid 18th century, one standout British Royal Navy member ,named Richard Edwards, was appointed to be the Governor of Newfoundland during the Seven Years’ War.

One of the worst decisions he made came in 1780, when Edwards regulated the legal ownership of Newfoundland dogs to just one per household. There were thousands of Newfoundlands living in the region at the time.

And although most of them were productive in helping fishermen, these dogs would roam free during the offseason summer. They had to fend for themselves, and quickly they developed an appetite for the many sheep in the region. So by limiting these dogs, Edwards thought that it would encourage more sheep raising.

But, it didn’t work. Instead, the best Newfoundlands were exported to Europe and many more were killed off during this time. And although this almost drove these dogs to extinction, Newfoundlands in their namesake region are plentiful today.

9. The largest Newfoundland ever recorded was 7 feet tall.

There’s no denying that Newfoundlands are big fluffy dogs. In fact, these dogs can grow up to 150 pounds for an adult male. And on average, they’ll stand around 28 inches tall at the shoulders. However one Newfoundland, named Boomer, may actually be 7 feet tall when standing up!

According to the owner, Boomer weighed 180 pounds. And when standing on all four legs, he’s roughly 38 inches tall at the shoulders. This may sound impressive, but a Great Dane named Zeus actually holds the record for tallest dog ever – coming in at 44 inches tall.

However when Zeus was just a puppy in 2009, Boomer the Newfoundland was most likely the tallest dog in the world for a period of time. Regardless, he’s the largest Newfoundland ever!

8. These dogs were originally bred for working with fishermen.

When you first take a look at these massive dogs, it’s hard to imagine they were once the trusted companions and work dogs of fishermen. However, it’s true! In the late 19th century, Newfoundlands were crucial for fishermen in Canada.

They primarily lived on boats during the fishing season, and they would help with various tasks such as pulling fishing nets from the water and hauling heavy carts around the vessel.

Because they’re so strong, they were a great help for moving heavy equipment. In fact, these dogs are so strong that they’ve been known to pull small boats onto shore using just a rope. And if a crew member ever fell overboard, they would count on the Newfoundland to jump in and provide some assistance.

They were truly the ultimate multi-purpose working dogs for fishermen, which explained why their popularity soared in Newfoundland and Labrador, Canada.

7. Newfoundlands have all physical traits that make them excellent at swimming.

So why do you think past-fishermen made the Newfoundland the breed-of-choice for their line of work? I mean – there’s just so many excellent breeds to choose from. They didn’t just pick these dogs because it was convenient.

Rather, because they were strong dogs, but most importantly, they had all the physical qualities that make them superb water dogs. For example, they had webbed feet, which helped them efficiently tread water.

Don’t forget about their thick, water-resistant double coats. Not only does their coats help keep their vital organs warm, but it also helps them endure cold temperatures out at sea.

And finally, these dogs are strong with a lot of power coming from their legs. Their muscular frame helps them propel through water with relative ease.

All these physical traits make them excellent at swimming, and able to endure being in water for relatively long periods of time. It’s no wonder they’re the top choice for fishermen.

6. Water rescue tests show that many Newfoundlands have the instincts to save someone in the water.

With such an amazing and effortless ability to swim, it would be a shame if they didn’t also act as lifeguard dogs. In fact, most Newfoundlands have the instincts to save a drowning person.

How do we know this? Well, early Newfoundlands were bred and trained for it. But also because we have tests that suggest they do.

The American Kennel Club holds thousands of “specialty” tests every year that test the instincts of various dog breeds in all types of sports and abilities. For example, Border Collies would participate in herding trials. However, Newfoundlands participate in trials that showcase their life-saving instincts.

These dogs are trained for and showcased their abilities for six exercises:

There are a lot of reasons why Newfoundlands have such a good reputation for water rescue. But saving perhaps the most iconic military generals in French history certainly helps.

According to the book “Canine Courage” by Tiffin Shewmake, an unnamed Newfoundland saved Napoleon from drowning in the sea. This incident took place in 1815, during Napoleon’s famous escape from exile on the island of Elba.

Due to the rough seas, Napoleon was knocked overboard by a large rogue wave. It was impossible for him to fight the waves and his boat was quickly drifting further away. Fortunately for the French general, a fishing vessel was nearby at the time.

And on the fishing boat, a Newfoundland’s instincts kicked in when the dog saw the struggling victim. The Newfoundland kept Napoleon afloat and helped him drift towards safety. Without this heroic Newfoundland, French history could have been very different today.

4. One Newfoundland named “Boo” was awarded a medal of honor.

Now you must be thinking, Newfoundlands save drowning people all the time. Why did this dog receive a medal of honor, and not the others?

Well, It’s because this Newfoundland saved a deaf and mute person, who was completely helpless and couldn’t even yell for help.

When one owner and her Newfoundland, named Boo, were walking along the Yuba River in 1995, the dog quickly spotted trouble in the water. Because the victim was mute, Boo’s owner only spotted the victim because the dog did first.

According to the owner, Boo quickly dove into the water with no hesitation. He grabbed the victim by the arm and guided him to shore, all while battling against the rough currents. Boo had no training in water rescue. In fact, it was purely instincts.

And in 1996, the Newfoundland Club of America awarded Boo a medal of honor for his heroic act. If you ask me, I think it’s more than well deserved for this heroic dog.

3. A war-hero Newfoundland, known as the “Black Beast,” sacrificed his life to save his entire battalion.

After a Newfoundland accidentally scratched a six year old, his family was left with a choice to put the dog down or give him away. The family chose life, and eventually sent the dog off to the 1st Battalion of the Royal Rifles of Canada. The dog’s name was Gander.

And in 1941, Gander and his battalion were sent off to be stationed in Hong Kong. After arriving, it’s believed that Gander developed a strong dislike and vicious attitude towards Asians. This was likely because of the multiple times that the locals tried to kidnap him.

So when the Japanese finally attacked Pearl Harbor, they also stormed into Hong Kong just a few hours later. Gander was the ultimate military backup. The dog would tackle and bite any Japanese soldier that got too close to his battalion.

And because most of the fighting took place at night, the dog’s black coat kept him stealth and he tormented the Japanese troops. According to a captured Canadian soldier, when being interrogated by the Japanese, they would ask them about the “black beast.”

But it was during the Battle of Lye Mun that the dog earned his stripes. A grenade was dropped near a group of injured Canadians. Gander picked it up with his mouth and ran off. Though he was killed in the explosion, he saved seven lives and forever cemented his legacy.

2. The United Kingdom’s most famous dog in entertainment during the 1800’s was a Newfoundland.

When you think of circus dogs, Newfoundlands don’t usually come to mind. But in the 1800s, London’s arguably most famous dog in entertainment was one. To the public, he’s known as “Napoleon the Wonder dog.” Others call him “Napoleon the Wizard dog.”

Either way, his show was wildly popular. The show debuted at the world famous Pavillion Theater in 1862. And according to his owner, Napoleon only needed to see the trick once to learn it.

He was a crazy-fast learner. The Newfoundland did a variety of things, such as playing cards, dancing, leaping over obstacles and jumping through hoops.

However in 1868, Napoleon’s luck finally ran out as he slipped during a live performance. Unfortunately, the injuries were too much for him. When he passed away, Napoleon’s owner said that he was the greatest loss he had ever experienced in his life.

1. A legendary Newfoundland saved 27 people from drowning in Wales’ most dangerous river.

Perhaps one of the most famous and legendary Newfoundland is the one named “Swansea Jack.” Jack and his owner lived in Swansea, Wales during the 1930s. They lived near the River Tawe and North Docks area, where locals describe it as the most dangerous river in Wales.

Jack’s first rescue was a 12 year old boy, though no one was there to see it. But just a few weeks later, the dog saved another man in front of a full crowd. He quickly became a local hero and was awarded the “silver collar” for his heroic acts.

Over the next decade, Jack had saved at least 27 victims from drowning in that river. Some locals suspect that the number is actually a lot higher, though. When he finally passed away, Jack may have been the most decorated dog.

Not only did he receive the “Bravest Dog of the Year” award, but he also received a silver cup and to this day, remains the only dog to receive two bronze medals by the National Canine Defense league. Is there a canine hero more impressive than Swansea Jack?

So, which facts did you already know? Which didn’t you? And did we miss any good ones? Let us know in the comments section below. 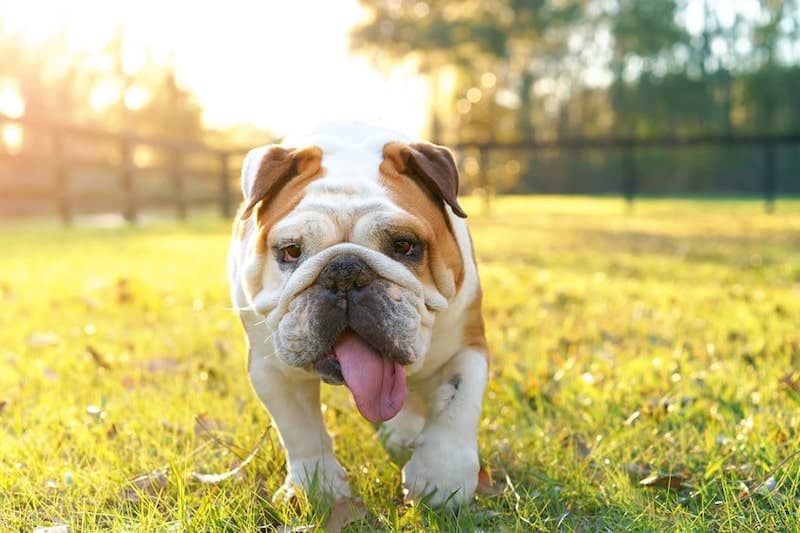 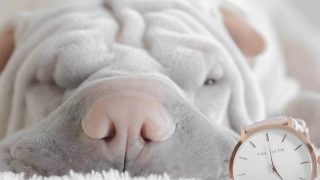