Whether you’re bringing home a Cocker Spaniel or English Cocker Spaniel, it’s going to be an exciting time for you and your family. Both breed variations are cheerful and optimistic dogs. But does do these traits translate to an smart dog breed?

Both the English and American Cocker Spaniels are smart dogs, according to Stanley Coren. In fact, they’re the 20th and 23rd smartest dog breeds, respectively.  But Cocker Spaniels are also born with high instinctive and adaptive intelligence, which make them well-rounded dogs that are superb at hunting and great at learning from past experiences.

Cocker Spaniels are one of the few rare dogs that excel in all three dimensions of dog intelligence. And for these reasons, it’s no surprise they’re some of the most popular and intelligent dogs in the world. Read on to learn more.

As mentioned, Cocker Spaniels are classified as “bright dogs.” But how exactly did we come to this conclusion? We didn’t arbitrarily rank this spaniel. Rather, the term and ranking is largely credited to Stanley Coren.

According to pHD and researcher Stanley Coren, obedience and working intelligence is based on two main factors. These factors measure how quick a dog breed learns, plus how obedient they are with known commands.

For Coren’s list of most intelligent dogs, he had the help of 199 obedience trial judges from the American and Canadian Kennel Club. Using his criteria, the judges assessed and ranked each dog breed for Coren.

Despite the overflowing number of responses, not all dog breeds made it to Coren’s final dog intelligence list. In fact, only dog breeds that received at least 100 responses qualified, which meant less popular breeds weren’t included.

Additionally, only dog breeds that were officially recognized by either the AKC or CKC could participated in the intelligence trials. Unfortunately, that means no mixed dog breeds.

How the Cocker Spaniel Performed

Both the American and English Cocker Spaniels performed roughly the same in the trials. Both breed variations scored in the top 30, landing them in the bright dogs category.

This meant that Cocker Spaniels could learn a new command with just 5 to 15 repetitions. Not only is this unbelievably quick, but it means you can probably teach your Cocker Spaniel a simple command within minutes!

Obedience was another consideration in dog intelligence. Coren’s trials also proved that Cocker Spaniels were incredibly obedient too. They’re able to obey a known command on the first try with a 85% or better success rate.

The average dog needs 25 to 40 repetitions to learn a new command. In other words, Cocker Spaniels learn at least twice as fast as your average dog.

As for obedience, average intelligent dogs will obey a known command on the first attempt with a 50% or better success rate. This means that Cocker Spaniels are about 70% more obedient than the average dog.

There’s nothing wrong with being average. But if you’re curious, some of the most popular average intelligent dogs include: the Australian Shepherd, Great Dane, Boxer, Dachshund, Siberian Husky and the Pointer.

Cocker Spaniels are super obedient, quick learners. But even Stanley Coren admits there’s so much more to dog intelligence than just that. So, what other reasons make the Cocker Spaniels such highly intelligent dogs?

In addition to obedience & working intelligence, adaptive and instinctive intelligence are also components that make up a dog’s true IQ. As such, some argue that these two dimensions of dog IQ are even more important!

Instinctive intelligence refers to the skill or purpose that a dog breed was bred for. Nearly all dog breeds were once bred for a specific task and role in society. They were all meant to help us humans. But how is this considered canine intelligence?

For example, herding dogs were bred to herd livestock. They were born with natural instincts and ability to round up sheep, maneuver them towards a specific direction – all without extra training. This is instinctive intelligence.

Retrievers will naturally fetch objects. Guard dogs are vigilant and will protect their territory. Other dogs are just meant to be companions and lapdogs. But depending on the dog breed, instinctive intelligence will be different.

Cocker spaniels want to hunt with you. They might feel like hunting more than playing agility, so that’s where you need to build their drive and desire to do other sports.

Cocker Spaniels were bred to hunt. Though they’re mainly companion dogs now, few owners are still training Cockers to hunt. Regardless, they’re hunters at heart and retain instincts that make them some of the best bird hunters.

According to Gun Dog Mag, Cocker Spaniels are great for bird hunting in dense cover. They have a sharp sense of smell and their instincts are to follow scents closely carried by the breeze or close to the ground .

Cockers will hunt in sections instead of sweeping through the area. It’s not a traditional method, but it’s effective with these small dogs. However, they can be easily taught to “run the sweeping zigzag pattern of a springer” if needed.

Check out this Cocker Spaniel tracking and flushing:

The final dimension of canine intelligence is Adaptive Intelligence, which refers to what the dog can learn for him or herself. It’s the dog’s ability to learn from the environment and all its previous experiences.

To illustrate just how high their adaptive intelligence is, one Cocker owner gives us his story, saying:

The other night we got home to find our smart little monster got into the recycling can. He emptied the entire thing onto the floor.

What’s extremely smart was that the Cocker separated the cat food cans to make it easier to eat. He continues the story by explaining:

This is just one example of high adaptive intelligence in this spaniel breed. I’m certain if you ask any Cocker Spaniel owner, you’ll be bombarded with many very similar stories of high IQ.

These dogs learn quickly – and not just with obedience training. According to their owners, they are some of the best problem solvers in the dogdom.

Is Your Cocker Spaniel Smart?

To get a good idea of how intelligent Cocker Spaniels really are, we decided to ask the people that would actually know: real owners.

So we surveyed the popular Cocker Spaniel sub-Reddit and other dog forums to collect real responses to this question. Here’s what Cocker Spaniel owners had to say:

1. Pravana says Yes: “Cockers can be stubborn, but are very smart. Basil plays dumb sometimes when he’s being a mischievous butthead, but I know he’s not dumb by any means. He just finds whatever he’s doing to be more rewarding than listening to me.”

2. Skilltroks says Yes: “Cocker Spaniels are smart. Mine is smarter than me for sure. We ended up baby locking the trash can under the sink so he couldn’t get to it.”

3. Anonymous says Yes: “I’ve had many dogs, but Marshall was special. Smarter. And the only one who paid attention when I spoke.”

4. SFS_83 says Yes: “My Cocker Spaniel is a little too smart for her own good! She’s deceptively clever and i’ll often catch her trying to manipulate me into getting her to give her treats! Little smartie..”

5. Onlyhope_ says Yes: “There’s nothing dumb about a Cocker. They’re so good at making sure they get what they want. My 2 year old knows that i’m more likely to give treats in different situations. He does a good job picking him time to ask.”

6. Liptonice19 says Yes: “There’s absolutely no way anyone can think Cockers are anything but super intelligent dogs. Don’t get me wrong I love my dog, but I sometimes think that life would be that much easier with a dumber dog.”

7. Beeksya says Yes: “I’ve got two cockers. And they are stubborn! But extremely smart. Have you ever trained a dog before? …be patient, cockers are wonderful dogs.”

8. Imperiald0g1 says Yes: “I’ve had my cocker for about 2 years now. He’s a rescue, but has come a LONG way since early on. The one thing i’ve learned from owning a cocker spaniel is that they are incredibly smart!”

9. Lemeuf says Yes: “He was smart, determined, playful, thoughtful, loyal, and sweet. We were kids when we got him, so as a puppy he sometimes played a little rough with us (biting, etc), but as an adult would absolutely let babies tug on his ears and mouth.”

10. Zion2015 says Yes: “Cocker spaniels are seriously some of the smartest dogs. You have no idea until you raise one. They know exactly what they want and how to tell you.”

Are Cocker Spaniels For Me?

Now that we know Cocker Spaniels are smart, are they the dog for you? They’re versatile dogs that thrive on the field, but they can be some of the best companion family dogs. After all, there’s reason why they’re in the top 30 dogs for popularity.

While it’s fun to look up how well a specific breed ranks in canine intelligence among other dog breeds, it should not be the deciding factor when picking out a dog. You really don’t need a dog that’s that smart.

With that said, Cocker Spaniels are gentle dogs with a cheerful demeanor that’ll mesh with all types of people. Really – they get along with all people and animals, including smaller dogs and even cats (with enough socialization).

They love to be active and as a result, need a lot of physical and mental stimulation daily. And although training is fun and easy because Cockers are eager to please and obedient, it does require some patience and consistency.

If after looking into their temperament and you still think Cocker Spaniels are for you, then you should bring one home. They’re some of the best dog breeds in the dogdom. 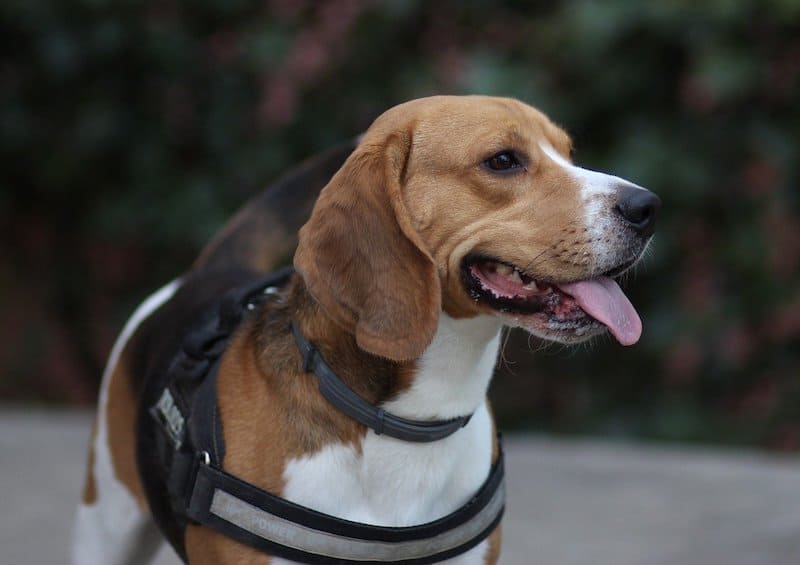 ← Previous
Do Beagles Shed? - The Owner's Guide to Beagle Shedding 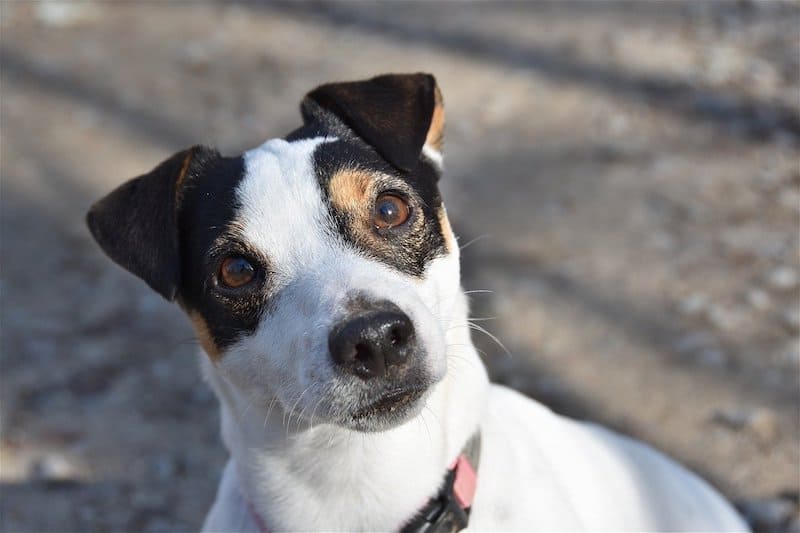 Next →
Are Jack Russell Terriers Smart? - Here's Why They're Intelligent
Click here to cancel reply.

My cocker is 13 months old.

Give her a sniff of cheese then ask her to find it in the home or garden, she will leave any decoy treats and find the cheese. Now that is extra special, imo.

When walking, I ask her to stop, then stay. I walk past her (30ft or so) then command her to catch-up, then treat her. Several times on walks with no prompts, she just stops and sits down, waiting.......cheeky!

We have a traditional countertop bell. From a room or two away, tell her to "ring the bell" and she races to it, presses the bell to make it sound, then darts back for the treat.

So much more to do with her to see what she is capable of. She is a very intelligent dog and very affectionate.

Ps: Having never owned a cocker spaniel before, I wasn't aware of how fast they are, and they are rapid! I've yet to see another dog outrun her to fetch a ball or frisbee, quicker than a cockerpoo, staffy, rotty, doberman, French bulldog and a border collie, to date. Wow!

I rescued a cocker spaniel she had been tied to a tree for 4 years she is unbelievably smart. I have had some trouble with her aggression against other dogs. They think she's about nine years old I've had her almost one year. I have to assume she had to fight coyotes to stay alive all those years. Is there any way to get her to overcome her aggression? She weighed 14 lb when I got herwhich has half the normal body weight. Absolutely great dog