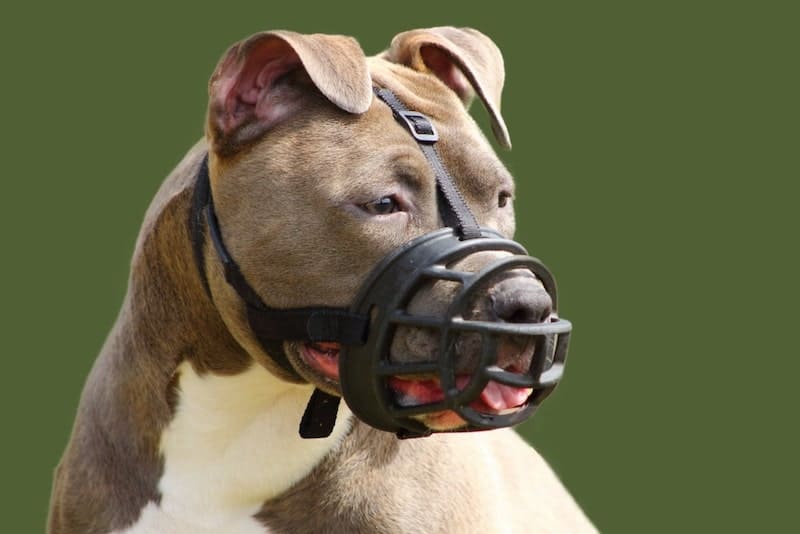 The Pitbull may be the most controversial dog breed in history, especially today. In fact, the view on Pitbulls is heavily divided among dog owners alike. And while some believe nurture plays a big role, others think they’re inherently dangerous.

Perhaps the most common myth about the Pitbull that leads many to believe in their inherent danger is the “lock jaw.” That is, where the dog has the inability to close the mouth and “locks” in place after biting on an object or person.

But, do Pitbulls really have lockjaw? The truth is no dog breed, including the Pitbull, has the ability to lock its jaws together, according to Lehr Brisbin, a Ph.D. from the University of Georgia. Rather, the lock jaw belief that’s associated with Pitbulls is a myth that stemmed from their origins as bull-baiting dogs that needed to bite and latch onto bulls for sport.

RECOMMENDED: The 4 Types of Pit Bulls

As mentioned, “lockjaw” is a casual term for a dog being infected and losing the ability to control his or her jaws. The tightening of the jaw muscles may in fact lock their mouths in place, in addition to other side effects, such as difficulty breathing or swallowing.

Lockjaw is a real syndrome. However, it’s not particularly associated with or more common in one single breed, including all of the Pitbull types. Plus, the real name isn’t even “lock jaw syndrome.” It’s actually called Tetanus Bacillus.

According to PetMD, Tetanus is a fairly uncommon disease seen in dogs. In order for a dog to have this disease, they’ll need an infection with Clostridium Tetani – a nasty bacterium.

However, his bacterium is more prevalent than you think. It’s typically found in soil or other places that have low oxygen levels. In fact, you may even find the bacterium in the intestines or dead tissues of dead mammals.

So if your Pitbull likes to bring dead animals such as squirrels or raccoons to you as “gifts,” there is a real possibility that they may develop lock jaw syndrome. That said, always keep an eye out on your dog with dead animals in the environment.

The symptoms of Tetanus Bacillus can vary greatly. As such, the severity will depend on the number of bacterium that enters your Pitbull’s body. The more toxins that the organisms produce in the dog, the more severe the symptoms can be.

Here are the top symptoms of lockjaw in dogs:

With that said, if you suspect your Pitbull has been playing with dead mammals and they may be experiencing these symptoms, contact your local vet immediately. In some cases, these symptoms can lead to death from difficulty of breathing.

Myth: Do Pitbulls Have Lockjaw?

Now let’s examine the myth of Pitbulls having lockjaw. Do Pitbull dogs have lockjaw? The Pitbulls simply do not have the mechanisms to lock their jaws when they bite. They don’t have a facial or jaw structure that has this ability.

According to Lehr Brisbin, there have been plenty of studies done on the skull and jaw structures of the Pitbull. And when examined, Brisbin says that their anatomies are no different than what we have seen in all other dog breeds.

There is absolutely no evidence for the existence of any kind of locking mechanism.

In other words, Pitbulls are no different than other dog breeds. This idea that Pitbull breeds are known to viciously lock their jaws upon biting and shake ferociously is a myth fabricated by society. Even so, there are explainable reasons for this myth.

And unfortunately, much misinformation such as lockjaw in Pitbulls often lead them to an extended or a permanent stay in animal shelters. Of course we’re not saying they’re not completely harmless. The proper care and nurturing is just as important for Pitbulls.

Where Did the Pitbull’s Lockjaw Myth Come From?

There is always some truth to a myth. Or at the least, some reasoning for rationalizing such an idea or myth even exists. According to DogsBite.org, the Pitbull types have had the most fatal attacks on humans in a period of 15 years (2005 to 2019).

With 346 American lives taken by this breed, Pitbulls had a rate 6.5 times more deadly than the 2nd dog breed (the Rottweiler). Without question, these numbers may make the Pitbulls the “deadliest” or most dangerous dog breed in America, at least statistically.

But just because they’re deadly doesn’t mean they lock their jaws when biting, right? While there is no conclusive evidence to suggest this, many historians believe that the lockjaw myth may actually have stemmed from the old job and role of the Pitbull-type dogs.

In the early days of canine domestication, each dog breed had a certain role or job in society. In some cases, dogs were retrievers, hunters, herders, guardians or ratting dogs. Dogs either brought help to society or provided entertainment for humans. Pitbulls were no exception.

Unlike most dog breeds, Pitbulls were originally bred for a bloodsport, that is, bull-baiting. And yes, it is as cruel as it sounds. The now-banned sport took place in a large pit or arena. These dogs would then try to taunt the bull or “fight” them – often to the death.

Pitbulls were not the only dogs that participated in this gruesome activity. In fact, plenty of bulldogs or terrier breeds also joined in. What’s more, bears were often the targets too! But despite the variety of breeds used, Pitbulls were among the best at bull-baiting.

The Pitbulls’ goal was to pin down the bulls by grabbing onto their snouts, the most sensitive part of their body.

After all, they’re called “pitbulls” for a reason. But what really gave popularity to the lockjaw myth may be the way they taunted the bulls. Often times, bull-baiting was a battle of perseverance. These dogs would latch onto the bull to pin them down.

In other words, Pitbulls had to bite down and try to hang on as the beast viciously shakes and runs. So in the past, bull-baiting Pitbulls actually had to “lock” their jaws in order to prevent them from being flung across the pit. Having this ability was a matter of life or death.

Fortunately, this bloodsport has long been outlawed in almost every part of the world. Thanks to the Cruelty to Animals Act of 1835, bull-baiting had been banned in England – the birthplace of the sport. However, the stigma stayed with these dogs.

Myth: Pitbulls Have a Strong Bite

The modern Pitbull has a naturally large mouth and jaw. Thanks primarily to their dense bodies and large heads, Pitbulls have a jaw that can do a lot of damage. Even so, this does not mean that they will attack and actually do damage.

But aside from a larger bone structure, there’s nothing unique or different about the Pitbull that would suggest them being able to lock their jaws on command. In addition, the Pitbull’s bite is not incredibly strong either, at least compared to their peers.

Pitbulls have an incredible bite force, right? They’re these muscular dogs that spell trouble if they ever get their jaws on you. Not so fast. In a 2005 study by National Geographic, a group of researchers set out to measure bite force of various animals.

To do this, the team of researchers created a bite sleeve with a tracker that measured the pressure of the force in pounds. That said, humans had a measly 120-pound bite force. On the other hand, great white sharks clocked in at 600 pounds.

Things got interesting when they moved to testing dog breeds. There were rumors that Pitbulls had an incredible 1600 pound bite force. However, when the study measured the German Shepherd, the Rottie and Pitbull, the bully came in last place.

In fact, Pitbulls had just a 235 PSI. Both the GSDs and Rottweilers had a higher PSI, coming in at 328 and 238 PSI respectively. In addition, the average bite strength of similar sized dogs was 320 PSI. A Pitbull’s bite is lower than average!

With a bite that’s 26% lower than the average, the Pitbull’s bite is nothing to be alarmed about. All the myths and rumors about their incredible bite force is merely a fabrication. Rather, their bites are below average, at least in terms of force.

Lockjaw: Nothing But a Myth

So the reality is, Pitbulls are not some monsters with a death-grip-of-a-bite. In fact, Pitbulls don’t even have the strongest bites among dogs of similar size. It’s just that the unfortunate dark history of these dogs, along with the media, has kept these rumors alive.

And according to the American Veterinary Medical Association (AVMA), there is no scientific evidence to suggest that some dog breeds are more likely to attack a human. Sure, Pitbulls have the most fatal bites, but that isn’t conclusive.

Controlled studies have not identified this breed group (pit bull-types) as disproportionately dangerous.

Pitbulls may not even be more inherently dangerous than other dog breeds. With the proper training and a loving environment, there’s no reason to believe a Pitbull won’t be just like any other dog. After all, all the rumors have no scientific backing.

Do you own a Pitbull? What do you think about this common misconception of Pitbulls? Let us know in the comments section below.