The Dark History of Pitbulls – The Original Purpose of Pit Bulls

Did you know the name “Pitbull” actually originates from the dog’s dark and gloomy past? That’s because Pitbulls were once subject to one of the cruelest and most vicious bloodsports in all of history.

In today’s article, we’ll be discussing the dark history of the Pitbull and how they evolved from one of the most feared in the canine kingdom to a loving and affectionate companion today.

To be clear, the term Pitbull doesn’t technically refer to one specific breed.

However, the name “Pitbull” has become a generic term used to loosely describe a type (or category) of dogs based solely on its physical looks and not the actual DNA.

These types of dogs tend to resemble any medium-sized dog with physical traits from any of the many bulldog-type breeds. And as a result, plenty of pitbull-looking hybrids are mistakenly called Pitbulls today.

But before we get into the dark history of Pitbulls, we must dive into the history of all dogs.

Prior to modern domestication of our furry pals, all dogs served a very specific purpose in society. In other words, every dog had a very specific job that primarily benefited humans in one way or another.

For example, the Border Collie was bred to herd cattle, sheep and sometimes ducks on farms all over the world. It would be too tiring for humans to have to chase and gather livestock back into the farm fence after letting them out to graze on grass.

After a hunter shoots down a duck or geese, they send out their retrievers to bring back the dead animal. Otherwise, the hunter would need to fire up the boat and quickly retrieve the game before the animal sinks into the bottom of the swamp.

But what about the Toy Poodle, you say? Some smaller dogs even served as companions! Working in the mills was a tough job back then, especially if you’ve traveled to another country to find work and have no social circle.

What better way to come home from a long day of work than to come home to your companion dog eagerly waiting for your return?

The Purpose of Pitbulls

So what were Pitbulls actually bred to do? Believe it or not, the original purpose of the Pitbulls doesn’t really fall into any of the mentioned categories. Instead, they were bred for….well, entertainment.

Pitbulls were developed for a bloodsport, called “bull-baiting.” It was the practice of pitting a bull against other animals, usually with fierce and fearless dogs such as the Bulldog or Pitbull.

When bulls were baited, people would blow pepper into the bull’s nose to further arouse the massive animal. And to even the playing field, bulls were then chained and staked to the ground in the center of the pit, thus reducing his mobility around the arena.

Specially trained pitbull-type dogs were released into the pit, several at a time, to try to pin the bull down. The overall strategy of the Pitbull was to bite down on the bull and hold on tight as the bull aggressively swings around to throw the dogs off.

If the dogs could last longer than the bull, they would eventually tire out the bull and pin them down.

As such, the match would end when the dogs pinned the bull down or when there were no more dogs left that were capable of baiting the bull anymore. It’s not a pleasant sight and something that I would never want to see in my life.

Though, this would explain how these dogs got their name. They often competed in a sunken pit and their opponent was typically a bull. Hence, the name “pitbull.”

However, Pitbulls were ideal for bull-baiting for a number of reasons.

First of all, Pitbulls were muscular, lean and dense. Of course they were bred like this so that they could keep up with the much more muscular bull. Having a strong frame means they’re less likely to take damage from the bull.

Pitbulls were also bred with a large head, and as a result, a large mouth.

Because their strategy relies on biting down and holding on, the Pitbull’s strong jaw gives them the best chance at hanging with the bull – literally.

And as you may have noticed, Pitbulls have wrinkled or loose skin that covers their bodies.

This isn’t by accident. The loose skin actually better protects the dog during bull-baiting by making it increasingly more difficult for the bull to bite or pin down the dog.

The skin also acts as a second layer of protection that shields the dog from substantial damage to any vital organs.

Finally, Pitbulls have a wide chest and short legs. This may not seem like a great advantage but it serves an important purpose.

Have you ever wondered why they didn’t just choose the biggest dog to bait the bulls? Why not the German Shepherd or Doberman Pinscher?

Well, bigger isn’t always better when it comes to bull-baiting. The wide chest of the Pitbull allows for a wide stance, keeping the dog balanced and making it difficult to throw the dog around.

Plus, short legs mean a short stature. By staying low to the ground, Pitbulls can effectively dodge any fatal kicks that could cause serious injuries.

People would often surround the pit and watch this sport for entertainment, while others would even place bets on the bull or dogs.

Sadly to say, this bloodsport was an immensely popular past-time for locals during the Elizabethan era in London. In fact, these events took place regularly and were held in arenas built specifically for this bloodsport.

Bulls weren’t the only animals used. Placed in the pits were also bears and rats, with a similar fight-to-the-death scenario.

Eventually bull-baiting made its way to all across the United Kingdom. For instance, this past-time was surprisingly widespread in Ireland from the 17th to 19th century!

And believe it or not, the bloodsport even made it as far as North America by the 19th century! There is good news and a happy ending to this story though.

Since the late 17th century, the decline of bull-baiting had already begun in the United Kingdom, though still popular elsewhere.

This sport was first banned in England by the Puritans during the Civil Wars and Commonwealth in the 1640s.

However, it wasn’t until the “Cruelty to Animals Act of 1835” that bull-baiting was permanently outlawed by act of the Parliament.

By then, bull-baiting had already been outlawed in most of the countries residing in northern Europe. And from there on, the re-branding of the Pitbull began.

Because there was no immediate use for an overly-aggressive and fierce dog anymore, breeders knew that if they didn’t do anything about it, this dog would eventually go extinct.

Eventually breeders began to breed the Pitbull for companionship. This meant a gentler, friendlier and more docile Pitbull that would be ideal for all types of families.

Needless to say, it was a success!

Fast forward to today, Pitbulls are some of the most popular family dogs due to their loving, loyal and obedient temperaments. Some owners would even describe their dog as clownish and fun-loving!

Plus, there’s even plenty of evidence to suggest that Pitbulls get along great with older children with the proper socialization and training.

But because Pitbulls were originally bred to be fighters (and not lovers), they still retain much of the instincts from their dark past. Without sufficient training, their aggressive tendencies may still come out.

However, despite the number of Pitbull attacks we see in the news, Pitbull temperaments have drastically improved over the past decades through careful breeding.

According to the ATTS, or the American Temperament Test Society, Pitbulls tend to have excellent temperament scores on average.

The ATTS measures dog temperaments by putting dogs on a loose leash in an enclosed arena. They are then presented with a variety of stimuli and their reactions are carefully monitored.

If the dog shows any signs of panic, anxiety, strong avoidance without recovery or unprovoked aggression, then they essentially fail the test.

Keep in mind, the dogs are tested on a pass or fail basis and there are three trained evaluators scoring the dog. The majority rules.

Surprisingly, the American Pit Bull Terrier has a temperament passing rate of 87.4%, putting them above popular family dogs such as the German Shepherd, Doberman Pinscher, Siberian Husky, and the Golden Retriever.

They even scored better than some lap dogs, like the Shih Tzu, Bichon Frise, Chihuahua, Dachshund and the Toy Poodle.

Thanks to such good scores on their temperament tests, plenty of Pitbulls go on to become successful service dogs, therapy dogs, K9 police dogs and of course, family dogs.

So while the origins and history of the Pitbull-type dog is a dark and gloomy one, they made a complete 180 to become fantastic companions and family dogs today.

So what do you think about Pitbulls and their dark history? Leave a comment and tell us what you think! Make sure to share this article with your Pitbull-loving friends. 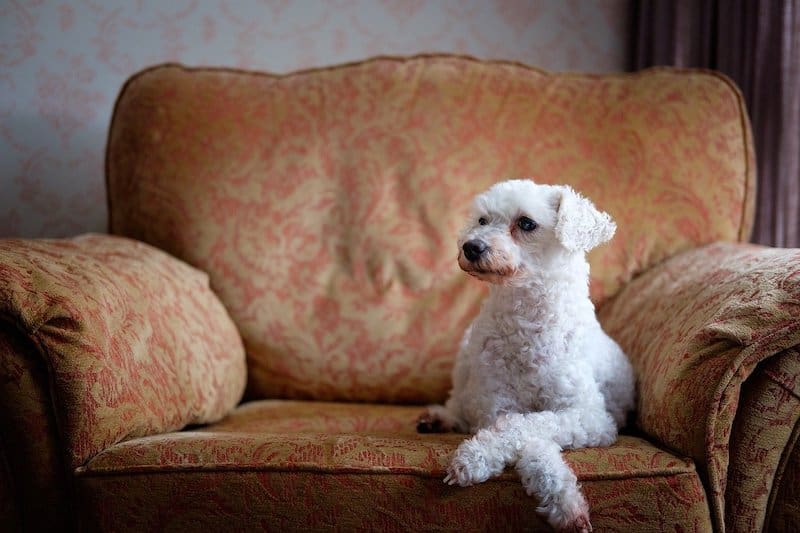 ← Previous
10 Most Interesting Poodle Facts That Will Surprise You 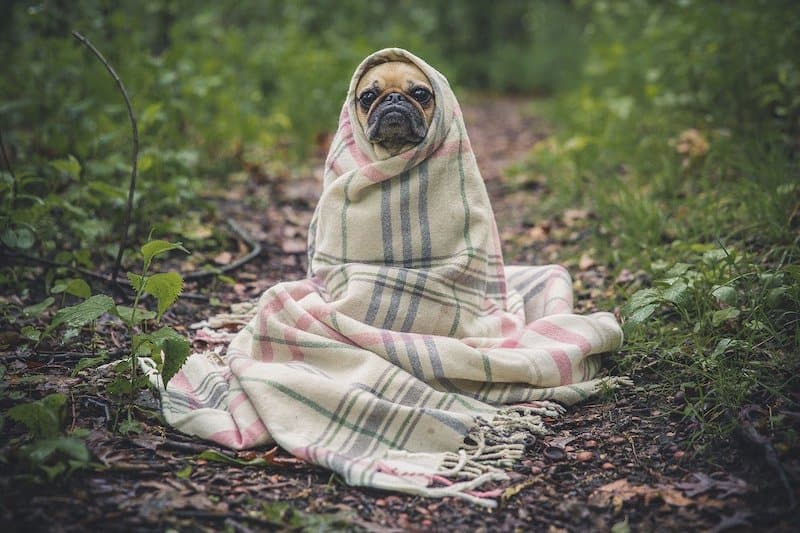 Next →
12 Most Interesting Pug Facts You Didn't Know
Click here to cancel reply.