What Are Pit Bulls Bred to Do? – The Roles, Jobs & Dark History of the Pitbull

The American Pit Bull Terrier is one of the most popular dog breeds in America (an estimated 3.6 million Pit Bulls in 2018). And despite their bad reputation, Pit Bulls can be loving and affectionate dogs. However, their bulky frame and wide head makes you wonder what they were actually bred for.

So, what were Pit Bulls bred to do? The ancestors of the Pit Bull were originally bred in the United Kingdom for bull baiting, ratting and dog fights. With Bulldogs, they were the dog-of-choice for the bloodsport. But after arriving in America, Pit Bulls were reinvented to be multi-purpose dogs. They’re most commonly used as guard dogs, watch dogs or companions, but also serve many other purposes.

The history of Pit Bulls is not as simple as you would think. They’ve come a long way since their old days. Let’s dive into the rich history and origin story of the Pit Bull to see why they were bred the way they are. We’ll also explore the initial purpose these dogs.

The Pit Bull, also referred to as the American Pit Bull Terrier, is a dog breed known for its courage and strong will. And despite their image of being a dangerous dog, they’re actually quite friendly and affectionate dogs.

With the proper obedience training and socialization, Pit Bulls make wonderful family dogs. Though they can be stubborn at times, their clownish personalities make them some of the most entertaining, fun-loving dogs.

They’re some of the most playful dogs you can find at their size. In fact, they make great companions for older children, especially when raised in a loving environment. Some owners have gone as far as calling them amazing “nanny dogs” too.

I don’t have kids myself, but my Pit loves them to death. With me, he’ll be careless and run into things when he’s excited. But with children, he knows to be gentle and calm. Such a smart dog!

Throughout their history, Pit Bulls have gone through many different roles and jobs in society. Once feared and shunned, these dogs thrive among families all over the world today.

What’s impressive is that these dogs managed to rise from their dark past, to become one of the most popular dog breeds in America today.

The short answer is no, they’re not. The Pit Bull technically isn’t a dog breed, per se. However, most Americans or dog lovers refer to the American Pit Bull Terrier when saying the name.

In actuality, it’s more of a label or term that describes the group of various “bully breeds.” These dogs include the Bull Terrier, American Staffordshire Terrier, Staffordshire Bull Terrier and the American Bulldog. You can read more about the 4 types of Pit Bulls and their origins in this article.

What’s more interesting is that even dogs that don’t share any genetic connection can be considered Pit Bull dogs. They simply only have to look like a Pit Bull and not much more.

Different dog breeds are characterized by their behavioral and physical traits. In the past, every breed of dog was bred to perform a certain role in society or a certain job.

These jobs could range from retrieving birds, to hunting, companionship (lap dogs), or herding livestock. Some dog breeds served many different jobs as an “all-purpose” dog.

When breeders are developing the breed, they select dogs from the litter that show the best characteristics for the roles they want the dogs to perform. In other words, dogs showing the best ability for the job are always picked to continue breeding.

Dogs that are well-bred will have behavioral tendencies that favor the learning of the role they are to perform. What’s more, they will also have the physical attributes necessary for the role.

For example, Border Collies were bred specifically to herd livestock. As a result, they’re one of the best herding dogs in the world due to their quickness, work ethic and herding instincts.

On the other hand, Pit Bulls were bred with strength, agility and vigilance in mind. These qualities made them perfect for many various tasks that require such attributes.

These dogs also had a wide skull, stocky frame and muscular build. Because they were such heavyset dogs, it was hard to push them around, thus opening opportunities to a wide array of potential jobs.

Obviously, genetics do play a part, but even with great genetics, there is still a decent amount of variation within breeds.

What Pit Bulls Were Originally Bred to Do

The ancestors of the Pit Bull can be traced back over 2000 years to the United Kingdom. Originally, the Pit Bull was bred from the Old English Bulldog, which has a look not too dissimilar from the American Bulldog today.

If you didn’t already know, Pit Bulls are the result of crossbreeding bulldogs with various terrier breeds. So, their long history and origins actually start with the bulldog.

These dogs were used for bull baiting. It was a cruel sport in which a couple of bulldogs would annoy and attack a bull until the animal gave up and collapsed. This was for pure entertainment and nothing more.

This sport, along with other baiting sports, was outlawed in 1835 and so a new sick sport came of interest. This was called “ratting.” Dogs were pitted against rats in a competition as to whose dog could kill the most rats.

The name “Pit Bull” derives from the fact that rats were put in a pit in a bid to keep them from escaping. Eventually, the favored sport became dog fighting because this was easier to hide from the authorities!

Since fighting and ratting needed more speed and agility than a bulldog offered, this was when breeders began crossing bulldogs with terriers. This was when the first “official” Pit Bull Terriers came about.

Breeders made conscious decisions to breed Pit Bull Terriers with many of the characteristics Pit Bull owners love today. They were bred selectively and culled if they showed characteristics that were unfavorable.

For example, if a Pit Bull bit a human, culling usually took place and it wasn’t used for breeding.

This is due to the fact that Pit Bull owners had to be able to enter the pit in order to handle their dogs and, of course, they did not want to receive a bite in the process!

Through careful breeding, Pit Bulls became much more affectionate and friendly. They are much more geared more towards families and companionship.

Still, these dogs are notorious for attacking humans because of negligence and bad training of the owners.

The role of the Pit Bull completely changed when the British brought their Pits over to America. As mentioned, these dogs were originally bred for fighting. However, once in America, they became more of an all-purpose dog.

They were bred for roles such as herding cattle, guarding/protecting for families or livestock, and hunting game. As such, they developed a reputation as companions as well as working dogs due to their loving demeanor and loyalty to humans.

The Pit Bull that people once knew had been reinvented into a completely different dog. But unfortunately, the old stigma had latched on to these dogs in many cases. As a result, they’re still viewed as aggressive dogs to those unfamiliar with the breed.

As Pit Bulls became less of a fighting dog and more of a companion, they became well-loved throughout America. In fact, during both World Wars, the Pit Bull was the mascot for the United States Army.

Pit Bulls continued to be bred after the wars and were finally viewed in a similar way to other breeds of dogs for the first time. They were bred as a companion dog. And, they were very popular.

Obviously, there was probably some Pit Bull fighting still going on behind closed doors but generally speaking, these dogs were bred as loyal and loving family pets or for hunting, herding and guarding.

Changes to the Law

Unfortunately for the Pit Bull and many Pit lovers, the 1980’s saw a resurgence of dog fighting. Just half a decade earlier, the Animal Welfare Act of 1976 declared dogfighting illegal in all 50 American States.

This was obviously a positive development for these dogs because the breeding of Pit Bulls to be stronger and tougher for fights decreased. Additionally, they weren’t subject to these horrible practices and could finally live normal dog lives in the homes of loving families.

There is a belief that the creation of this law actually made criminals more interested in dog fighting once again. However, there is no substantial evidence to back this up.

The rise of illegal dogfighting, unfortunately, meant that criminals sought out Pit Bulls for breeding in order to run illegal dogfights. These criminal breeders sought characteristics to breed the Pit Bull into a different mold. In other words, they were being bred to fight in illicit private underground fights.

There was an increase in demand for these dogs and, as many of the breeders were breeding them illegally, there was not much concern for the breeding of social dogs with good temperaments.

The breeding of Pit Bulls was purely for profit and little consideration was made for anything else, such as temperament and social attributes.

Due to this illegal breeding, the Pit Bull became associated with crime and money-making schemes rather than the loyal companions they once were.

The Downfall & Rise of the Pit Bull

In 1987, Time Magazine ran a cover story entitled “The Pit Bull Friend and Killer.” This caused the Pit Bull to be feared by the general public, which led to many abandoned in shelters.

But despite the media demonizing the Pit Bull, in 2007, these dogs were able to prove themselves once again thanks to several animal groups.

When people began to realize that this dog could still be the friendly companion it once was, they became popular dogs once again. If it weren’t for these groups, we would be telling a much different story today.

What Pit Bulls are Bred For Today

There is a lot more positive press these days regarding Pit Bulls and Pit Bull-type dogs. In fact, many prominent figures have chosen to raise these dogs, which gives them special limelight as a great pet.

Nowadays, the Pit Bull is once again, being bred to be a working dog. They’re often seen in law enforcement, narcotics detection, search and rescue, as therapy dogs and as service dogs.

Believe it or not, they’re also bred as show dogs and are great at weight pulling and agility among other things. They have so much versatility and it shows.

Due to their breeding history and the characteristics that have been bred into many Pit Bulls, unfortunately, many countries now ban or restrict the ownership of these dogs.

On the bright side, these obstacles haven’t stopped people from loving these dogs and rightfully bringing them into their homes. 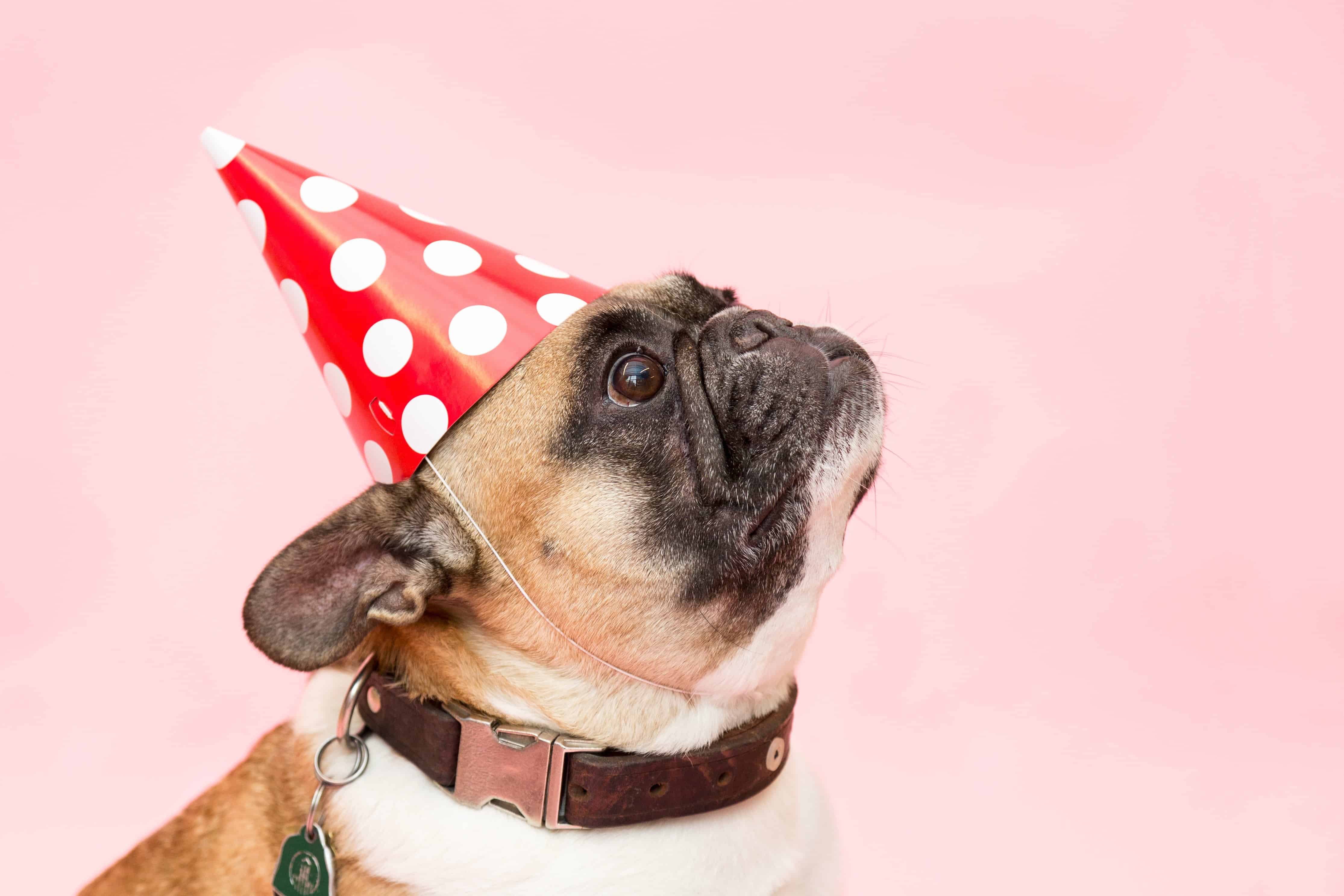 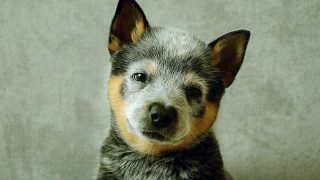 Wrong wrong wrong Why do you have have to contribute to misinforming people like everybody else does? I’m fortunate to have grown with the best dogman which know about the Real American Pitbull Terrier than you would ever accumulate in your lifetime

OK sooo IF what you claim is true, then DO TELL US... What did this article get wrong AND what IS the "TRUTH" about Pitbulls???

Thanks for your comment, Carlos. It would be great if you could correct us (and everybody else) on what was misinformation and what is actually accurate according to the "best dogman." You're just criticizing without backing up anything at this point.