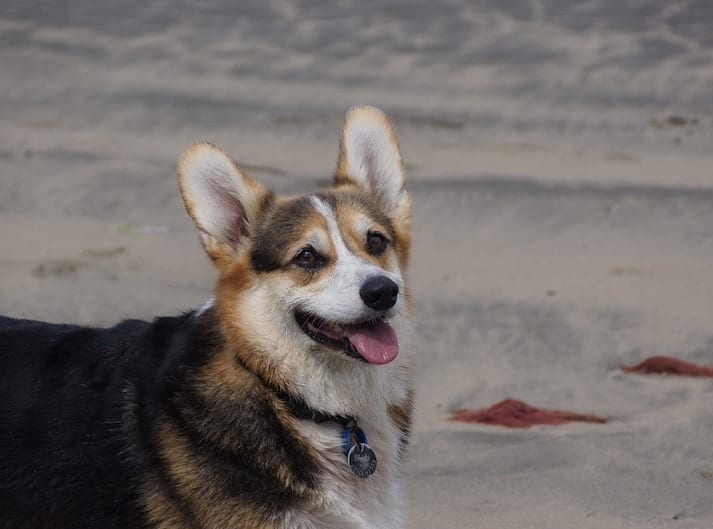 Corgis are undeniably one of the internet’s favorite dog breeds. They’re adorable, small, bright and fun dogs. But for most owners, these little herding dogs can be a handful at times.

So, do Corgis bark a lot? Though small in size, most Corgis are known to be big barkers. Because they’re herding dogs, it’s normal for them to be very vocal. Whether it’s to alert you or communicate, they’ll let you know with their surprisingly deep and loud bark.

Of course, there are exceptions. Not all Corgis will be big on barking. Let’s explore why these dogs like to bark and discover helpful owner tips to (try to) stop it.

Why Corgis Bark So Much

If you’ve met many types of dogs, you’ll notice some are dead-silent, making them fantastic dogs for apartments. On the other hand, you’ll have dogs that bark at everything – much like the Corgi.

According to Hill’s Pet, Corgis are prone to “unnecessary alarm barking.” In other words, they’ll likely bark at any sounds around and outside the home. So why is it that some dogs, like the Corgi, bark so much more than others?

If you don’t already know, Corgis were originally bred to be fantastic herding dogs. And no, they didn’t just herd ducks like many people think. These little dogs herd sheep, goats and also cattle.

And according to Cesar Millan, both the Cardigan and Pembroke Welsh Corgis are one of the top 10 best herding dogs in the world!

Historically, Corgis were used to herd cattle. It’s impressive considering cows can literally be 70 times bigger than a Corgi. And yet, they excel at herding such large animals.

They have tendencies that help them do their jobs. They work in two ways, first by nipping at the cow’s heels, second by barking. Corgis bark really loud and will bark at many things. Also you’ll need to teach them not to bite, as nipping comes naturally to them.

So, Corgis need a loud and powerful bark because they need to attract the attention of such big cows that would otherwise not even see these small dogs. It’s not easy “pushing” a 2000-pound animal while being a 20-pound Corgi.

For this reason, they were likely bred to have a loud and deep bark to make up for their small stature. In addition, their tendency to bark may come from past instincts to frequently bark at the livestock.

Corgis are excellent communicators, largely because they’re such intelligent dog breeds. While other dog breeds may growl, whine, or howl, a Corgi will…bark.

There’s not much you can do about their choice of vocalization for communicating. After all, the herding instincts (along with the barking) have been engrained in them for so many years.

From personal experience, our Corgi (Pippa) will bark at us to get our attention. From there, she’ll lead us to what she wants.

Furthermore, it’s not just about what she wants. If there’s a fly in the house, she’ll start barking while chasing the fly. She’s letting us know there’s an “intruder” and we should take care of the insect.

Of course, not all Corgis may use barking as a means of communicating. While rare, we’ve heard of some that use body language or another form of vocalization. It really depends on your dog.

Owners: Does Your Corgi Bark?

One of the best ways of answering this subjective question is by asking real Corgi owners themselves.

With that said, we surveyed the popular Corgi Subreddit and other forums for answers to this question. Here’s what the owners had to say:

1. Swineassbagga says: “They were bred to protect the farm so those big adorable ears have a purpose: they hear everything! Our Corgi barks, and its loud. But again, discipline and training can help correct this.”

2. Ursakobe says: “My corg is usually very energetic in the mornings. But by the end of the day he tires himself out by barking at absolutely nothing all day. A blessing and curse.”

3. 1081281 says: “Corgis are notorious for barking because they were bred to be herding dogs. It’s just what they do. Some people use bark collars with good success but I have no experience with that.”

4. Underwaterdogvet says: “Our 3 y/o corgi will bark at everything. Literally, they’ll bark if we stand up from the couch too fast as well.”

5. Simdogpark says: “I think a big reason why corgis like to bark so much is because they don’t know how else to communicate. If you’re attentive, they tend to bark less…”

6. Chrisherksdogs says: “Barking at noises and communicating is not the only reasons why our corgi will bark. When she gets too excited, she’ll start barking as well.”

8. Julesfordays says: “I love my corgi and I wouldn’t trade her for any dog in the world. But oh my gosh, the bark of a corgi can be so loud…wouldn’t recommend them for families with small kids.”

9. Tearbear12 says: “I know barking is a corgi’s favorite trait, but I’m not sure I can keep my sanity any longer. I love my sweet Lola to death, she is a fantastic dog despite the barking.”

10. Croissante says: “He barks from 7am to 11am NONSTOP, loud and annoying, he barks barks and barks. I just want to die when I think of the neighbors suffering with all the noise.”

11. Ralphsdoggies says: “I have two corgis. One barks like a mad dog and the other is silent for the most part. The only time he barks is if the other one riles him up.”

12. April Hunter says: “I’ve had two, both well-trained. My male barked at anything and everything. He barked at air. My female only barks if someone’s at the door or to alert me to something.”

Teach a Corgi to Stop Barking

If you have a Corgi that barks excessively, know that you are not alone. And while it’s nearly impossible to completely train the barking out of them, it’s possible to minimize the barking.

The good news is that you’ll always know if someones at your front door. But if you’re like me, you’d happily trade excessive barking for more quiet, peaceful moments in the home.

With that said, here are some of the best methods to train your Corgi to stop barking so much. It requires a lot of patience and consistency, but well worth it.

The first method may seem counterproductive at first, but by training your Corgi to essentially bark on command, you may have better luck controlling when they may bark.

First, you want to get your dog to bark. You can do this by knocking on the front door or making a somewhat loud noise. Trust me, it won’t take much for a Corgi.

As soon as they bark, praise them by saying “good [insert name].” You can also give your Corgi a treat if you have any.

In the next step, you’ll want to associate the action with the word, “bark.” To do this, clearly and firmly say the word “bark” before you knock on the door again.

Keep practicing with some repetitions and soon enough, your Corgi will learn the “bark” command.

So if your Corgi ever starts barking out of control, use the bark command. It’s likely your dog will produce a single ‘woof’ and come looking for a treat, thus ending the barking streak.

This means knocking on a door or producing some loud noise. Again, you’ll want to praise your dog and give him a treat for barking.

However, while your Corgi is enjoying the treat, you want to say the “quiet” command firmly and clearly.

To reinforce the idea of being quiet, gently hold down the dog’s muzzle and say the command after the dog is finished with the treat. Keep doing this a few times.

Next, you can start increasing the time duration between holding the dog’s muzzle and rewarding with the treat. Make sure to give high praise if your Corgi remains quiet.

With some practice, your Corgi will learn and be able to differentiate between the quiet and bark command in no time!

Other Tips to Stop Barking

Other than teaching your Corgi the quiet and bark commands, there are ways you can promote a life with less barking.

One of the reasons why Corgis bark so much is because they’re just bored. If you can try to eliminate boredom, they’ll be less like to bark.

This can mean plenty of exercises and physical activities (my Corgi loves to play catch with her ball). However, it also means providing mental stimulation as well. These activities can be obedience training or dog puzzles, for example.

Here’s a great dog puzzle that we bought for Pippa. It’ll keep them occupied as they figure out how to open the sliders to find their favorite treats!

Dog puzzles like the Outward Hound Puzzle Brick provide entertainment for your Corgi. It reduces boredom and potentially, destructive behavior (such as barking!).

Never use anything but positive reinforcement when training your Corgi. In other words, give them positive praises and rewards for doing something right.

If you want to get your corgi comfortable with common sounds, consider using YouTube to play noises like construction work, cars, fire trucks and so on.

It’s best to try this early on and it could desensitize your Corgi from these sounds, thus reducing the excessive barking.

Is a Corgi For Me?

So is a Corgi for you? It really depends on your tolerance of Corgi habits, such as barking. Some people simply can’t stand the piercing barks, while others are okay with it.

And although training to minimize barking is possible, you’ll never be able to completely train this trait out of them. It’s in their instincts to be big barkers.

If you have toddlers or babies, then the barking may be too much. As parents, we know that loud barking (or noises in general) and babies generally don’t mix together well.

But as long as you’re okay with some barking and willing to spend the time to train your dog, then they’re amazing dog.

We’ve had our Corgi for years and she’s one of the best dogs that we’ve ever had. They’re so smart and have bright personalities that can cheer up anybody’s day.

In my opinion, they’re well worth the “hassle.” The reward is a loving and affectionate dog that provides a load of entertainment. Barking or not, there’s never a dull moment with a Corgi.