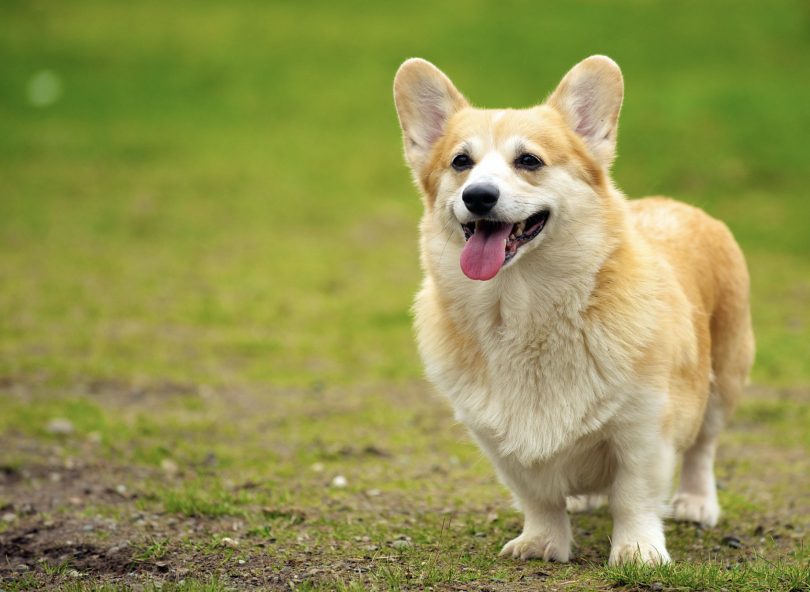 If there’s anything i’ve learned about dog breeds, it’s that the internet loves the Pembroke Welsh Corgi. And for good reason, too. I see online content of the Pembroke that go viral all the time. But they’re so much more than just a dog that make for an entertaining video or cute picture. They’re truly amazing dogs to own.

The Pembroke Welsh Corgi is without doubt, one of the most intelligent dog breeds there are. Combine that with their lively and energetic personality and you have one of the best medium-sized dogs to own.

When raising this dog breed, it’s important not to overfeed them. It sounds a bit ridiculous, but the Pembroke Corgi loves to eat. Consequently, they tend to be prone to being overweight. Their active lifestyle with the natural shape of the corgi make them prone to develop problems with their hips and back at an old age.

Friendliness: The Pembroke Welsh Corgi is generally extremely friendly with all humans, familiar or not. They love their family and are sweet towards small children. However, they don’t get along with other dogs unless you socialize them early on.

Trainability: Although the Pembroke are highly intelligent and food-driven dogs, there are certain training that can be difficult with them. For example, training them to not bark will be a tough task, as they love to bark.

Grooming: The Pembroke Corgis are extremely easy to groom. They have short hair and don’t shed as much as many other dog breeds. The only concern is that they drool quite a bit, so cleaning the coat around their mouth is necessary.

Adaptability: These dogs are great with adapting to different living conditions. Originating from the cold climate of Wales, they don’t do well in hot weather, but they love the cold.

Activity: These corgis are herding dogs and require a good amount of daily exercise. They love to go for walks and enjoy playing fetch with their humans. Make sure to keep them active, otherwise they’re prone to being overweight.

Features of the Pembroke Welsh Corgi

Origins of The Pembroke Corgi 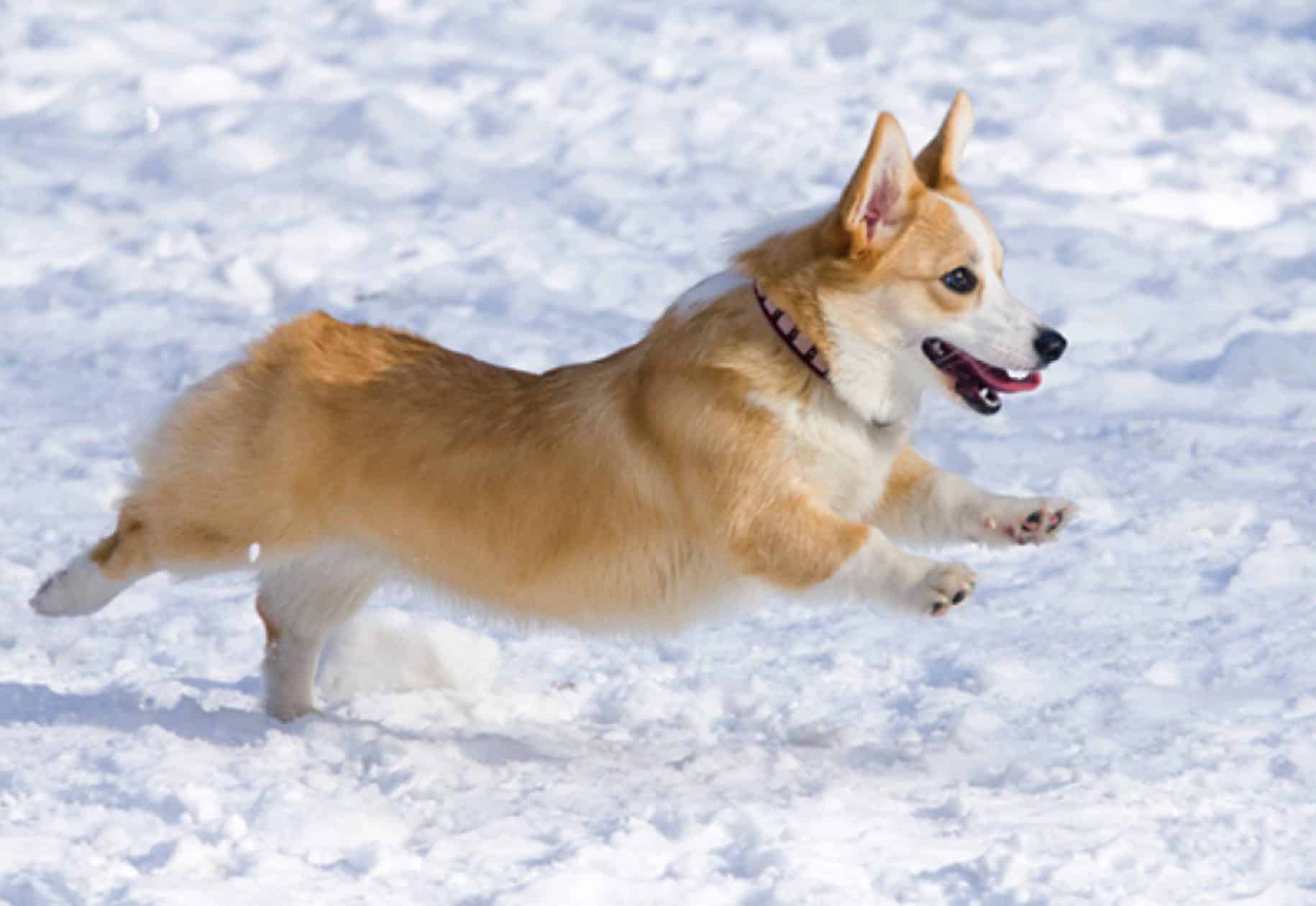 Ever wonder why the Queen of England loves and has raised so many Pembrokes in her life? It’s because the Pembroke Welsh Corgi originated not too far away, in Pembrokeshire of Wales. Hence, the appropriate and obvious name.

The Welsh Folklore of the Pembroke

The tale of the birth of the Pembroke originates from old Welsh folklore. According to the legend, two children were off playing in the fields when they stumbled upon two foxes. But they were not like any fox they’ve ever seen. So, they took them home, eagerly excited to show their folks.

The thing was, they weren’t foxes. Immediately after the parents inspected the mysterious animals, they discovered they were puppies. They soon realized that they were gifts from the fairies that roam the fields. Yes, fairies. The children were told that the Pembroke Welsh Corgis pulled the carriages of the fairies, while riding into battle.

On the back of the puppies were marks that showed where the saddles were put for the fairies to ride. The children were thrilled and thankful for such a wonderful gift from the fairies. From then on, they took care of the dogs and raised them with love.

Pembroke Corgi: Dog of the Vikings

On a more serious note, there are other explanations than “fairies.” Historians have claimed that the modern day Corgi breeds are descendents of Vallhunds. These Swedish cattle dogs were taken into Wales somewhere around the 9th century by Vikings.

Another theory is that the Pembroke Corgis were descended from an unknown dog breed. Instead of the Vikings, they were brought into Wales by Flemish weavers around the 12th century.

The exact origin of the Pembroke Welsh Corgi is still unknown. Back in the days, dogs were bred as “experiments” to find the best herding dog. These farmers never kept any records of which dogs bred with what. But with a little luck, these awesome little dogs were born. 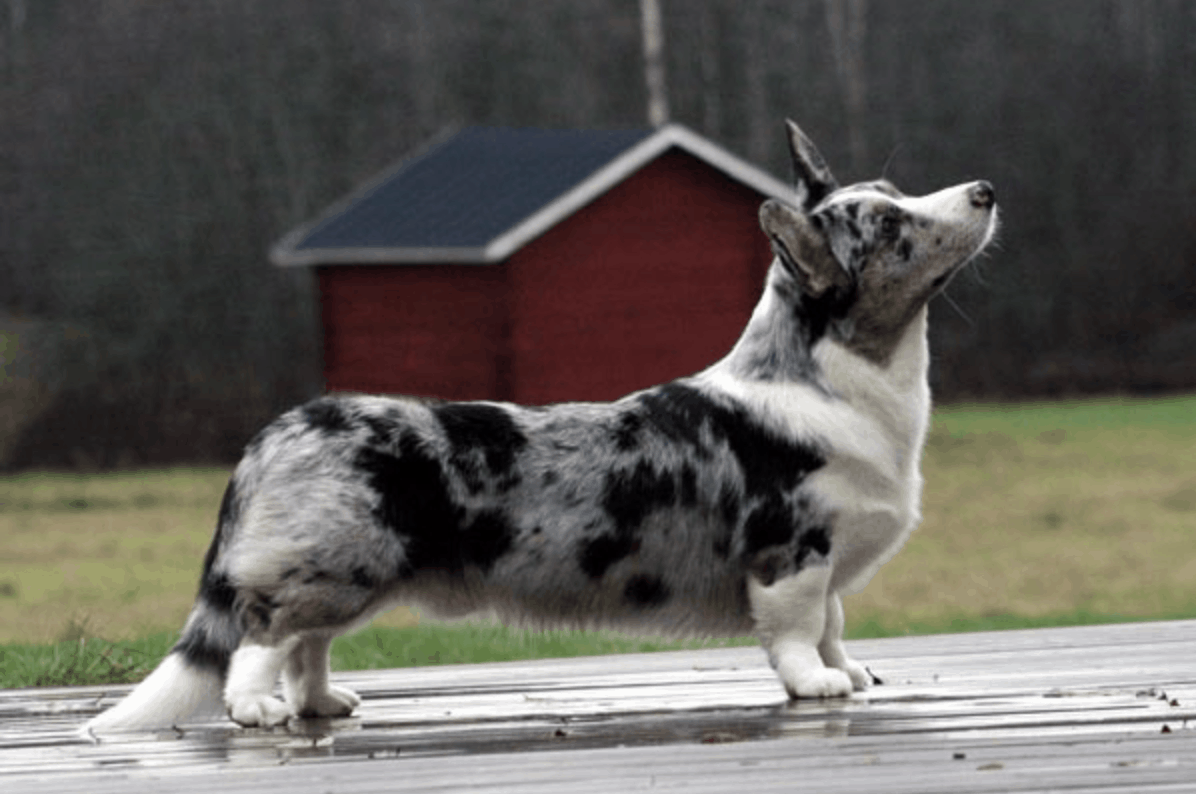 Before 1934, the two types of Welsh Corgis (Pembroke and Cardigan) were recognized by the U.K. Kennel Club as one breed. However, many breeders believed that the two should be classified separately due to noticeable differences.

To a normal person, it may be extremely hard to tell them apart. It’s true that both have eerily similar body shapes, intelligence and ability to herd. But the Cardigan is usually larger due to having bigger bone structure than its counterpart Pembroke.

The easiest way to tell them apart is by the tail. The Cardigan usually has its tail in tact, while the Pembroke does not.  Both are great, lovely dogs to own. But make sure you learn about the correct Corgi so you’ll have a good idea of what to expect. 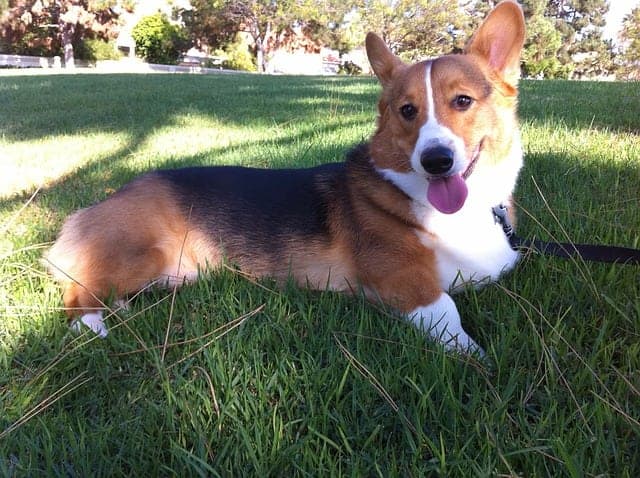 This dog breed is generally recognized as a medium size dog. Due to the shortness of their legs, they only stand 10 to 12 inches tall (or short!). They’re usually just a bit shorter on average compared to the Cardigan Corgi.

The ideal weight for the Pembroke is around 30 pounds. But because these dogs have a tendency to overeat at times, you’ll see that a lot of them exceed 30 pounds. Always keep their food intake in check. Too much weight on these dogs can lead to hip and joint problems in the future.

They’re a good size. Not too small, but not too big. They can still be a good-sized lap dog, but big enough to actually play with. 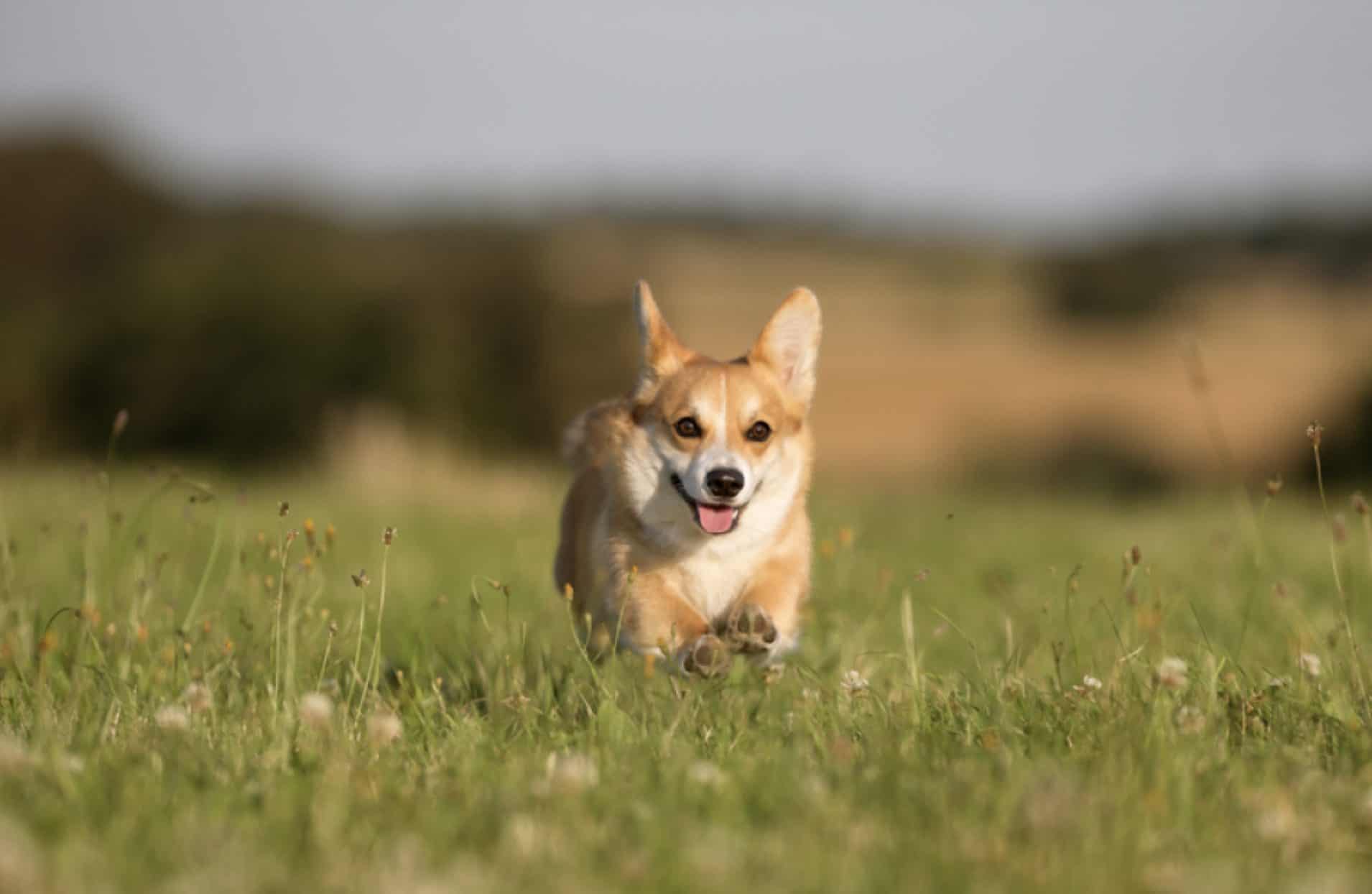 It’s true that these dogs are working (previously herding) dogs, but don’t expect it to do much work. We took my Corgi to try out herding, and all it did was give us a blank stare.

Today, most Pembrokes are used primarily as family dogs. The Pembroke Welsh Corgi has a lot going for it, but how are their personalities?

They are generally very loving and happy dogs. From time to time, they can also be very stubborn dogs. But because they’re so intelligent (Pembrokes are the 11th smartest dog breed), they’re often independent minded. This means that they’re very aware of situations and like to think for themselves.

The fact that they’re so smart makes them very trainable. They learn dog tricks very quickly at a young age. However, don’t expect them to be overly eager to perform these tricks for you. Some Pembroke Corgis need a little motivation to obey these tricks (hint: treats!).

Food-driven dog breeds like the Pembroke are very great learners because treats act as the best motivator. But be careful, they are very easily prone to overeating and becoming overweight. Once they pack on too much weight, it may be difficult to shed those pounds.

These dogs have great, big ears that are sometimes too sensitive to noise. They will bark at almost everything. This means that they make great watchdogs, but not so great guard dogs. They will alert you if an intruder is coming close to your property with loud barking. But I can’t imagine them getting too aggressive if an intruder breaks in.

These dogs can be a little reserve in a new environment and/or with new dogs and humans. But when they’re at home, they seem downright fearless, barking at any potential threat to the house of family.


It’s important to let the Pembroke Welsh Corgi socialize with other humans and dogs at a very early age. This allows them to become less nervous of a dog when they grow up.