Why do Huskies Howl? – The 6 Reasons for a Howling Husky

Many dogs howl from time to time. Whether to the sounds of sirens, other dogs howling or musical instruments, it’s bound to happen. However, Husky owners may notice that their pups howl much more frequently than other breeds.

So, why do Huskies howl? Huskies howl because they are descendants of wolves, who are famously known to howl to communicate. And while all dogs are descended from wolves, Huskies share a particularly strong genetic closeness with the now-extinct Taimyr Wolf. As such, they communicate in the same way.

This ancestral link is also seen in their heavy-furred coat, their triangular ears, and their pointed muzzle. Keep reading to discover everything you need to know about the Husky’s wolf-like howl.

There is little documented evidence to conclusively trace the genetic ancestry of Huskies to the wild wolf. However, the analysis of Husky DNA shows genetic traces to the North Asian Taimyr wolf.

This link clearly indicates that the howl of the Husky is a genetic inheritance from the wolf. And if you didn’t already know, wild wolves are known to be animals that use howling to communicate.

Wild wolves howl to make their location known to other wolves. If they just barked (which they also do), an echo might confuse the pack or be too short to be traced back. But this is not so with the howl, as the wind will not easily disperse the prolonged cry.

Like wolves, Huskies howl to tell their location to other Siberians or call their owner’s attention. And they must howl instead of bark, as a Husky’s bark could be mistaken for that of another breed. But the Husky’s howl is unique and will not go unnoticed.

If you’ve never heard a Husky howl, you should check out the video compilation above. To the casual dog owner, a Husky’s howl may sound like any other dog’s howl. However, the Husky’s howl is more deliberate and has a wolf-like sound.

Many owners describe their Husky’s howling as “talking.” It just has so many variations, pitches and tones that it almost seems like they’re actually trying to speak something to you. It’s truly a sound all Husky lovers must hear for themselves.

While other dog breeds (such as the Beagle) will howl too, it sounds different. After all, howling is the main form of communication for these dogs. That’s just not the case with the Beagle.

It’s rare to hear a Husky puppy howl – but that doesn’t mean they aren’t trying. Howls are an instinctual part of Husky behavior, and Husky pups are no different.

While their young vocal cords can’t produce a full-throated howl, they will still try to their best to respond to and mimic the howl of other more experienced dogs.

Although Huskies will naturally learn to howl, they learn much faster if an older Husky lives in the same household. Dogs are great at learning from each other. It really just takes one Husky to show them what they can do.

When do Huskies Howl?

The urge to alert other Huskies or their owner to their location isn’t the only reason your Husky howls. If you are observant, you will notice that your Siberian Husky also howls in the following situations.

1. In response to another howl

If you own a Husky and are watching a movie scene where a wolf or another Husky howls, your Siberian will likely respond with a howl. It happens all the time.

And if you’ve never experienced this with your Husky, play the YouTube video above for them. Chances are, they’ll instantly become intrigued and eventually follow with a howling cry of their own.

It is instinctual for a Siberian Husky to howl to identify with another Husky. Just as how wolves howl to communicate their location to other wolves in the pack, your Husky will likely attempt the same.

2. When they hear high-pitched sounds

It appears that Huskies will howl when a high-pitched sound seems to call for help. The cry of a baby or the siren of an ambulance are both good examples.

While they don’t sound like other Huskies, sirens and baby cries are high-pitched signs of alarm that could be mistaken as a call for help from another Husky.

Again, this is all because of instincts. Even if your Husky has never experienced life in a “dog pack” during their sled-dog days, they were born to respond this way.

Note: It isn’t just ambulance sirens that can trigger a howl. Police sirens, fire engine sirens, and tornado sirens are also potential howl triggers. A fun game would be to play different types of sirens or noises to see what your dog responds to.

3. When the Husky is unwell and needs to say so to its owner

Howls can also represent cries of pain, anxiety or even stress. If your Husky is frequently howling at nothing in particular, you may want to take them to the local vet and check for potential health issues.

Though Siberian Huskies are typically a healthy breed, the good health of Huskies can be threatened by hereditary eye disease and canine hip dysplasia. Plus, it’s not uncommon for dogs to lash out due to the pain from injuries.

As both of these issues are more likely in Huskies than in other breeds, you should be on the lookout for signs of these disorders. So if you think about it, howling in this case is yet another form of communication.

4. When they have an attachment issue and are anxious

Dogs can have attachment issues, just like humans. If a Husky finds that its owner is away for a time that is longer than normal, it is bound to feel abandoned and lonely. That’s why we never recommend Huskies for busy owners.

This feeling abandonment can trigger a sense of anxiety, and they may deal with this anxiety by howling in an attempt to call you back to their location. If you search up videos on YouTube, you’ll see many Huskies howling when the owners aren’t home.

Huskies are social and loyal dogs. In a home environment, the family is their pack. As such, plenty of love and affection is necessary to keep them happy. In fact, the AKC calls them “outgoing,” which may explain the attachment issues.

5. When they are happy

Here’s where things can get a little confusing. Howls aren’t always signs of pain, anxiety or distress. The high-pitched cry of a Husky can also signify the joy they feel when they meet a friend they have not seen for some time.

You will notice a happy expression in the howl of a Husky when their owner is back from work or a long trip. It’s different from the howl of sadness or pain. It’s hard to explain, as all Huskies will sound different.

6. When they sense danger and want to communicate it

Dogs seem to have a sixth sense when it comes to danger, which can partially be attributed to their improved sense of smell and hearing. Siberian Huskies are no exception.

When Huskies sense danger, they may attempt to communicate it to their master through howling. In this case, their howl is to attract your attention and try to lead you away from the “dangerous area.”

Everyone knows that Huskies aren’t great guard dogs. That’s because they’re way too friendly to stop an intruder. But their adaptive intelligence is high, meaning they’re highly capable to spotting a threat. Instead of protecting, they’ll be alerting.

Husky Howling “Too Much?”

Should you be worried If your Husky howls too much? As we just discussed, Huskies howl for a variety of reasons. However, if your Siberian is howling too much, be wary. This could be a sign of sickness, anxiety, or behavioral issues.

As mentioned above, a sick or lonely Husky will howl more than usual to seek attention. Consult a veterinarian to rule out the possibility that your Siberian is dealing with an illness.

My Husky’s howls are incredibly loud and she makes such horrible sounds that it becomes a spectacle for the neighbors. People will come out to see who is being tortured.

Most of the excessive howling problems can be explained by the first two reasons. But If a clean bill of health is given, the next possibility is that your Husky may be having some type of behavioral issues.

If a dog behaviorist confirms your suspicion, training is needed in this case. You could work with the behaviorist to correct the unnecessary howling. If not, these two DIY methods may do the trick.

Dogs are highly trainable animals. If they weren’t, we would not have achieved the levels of domestication that we see today.

Siberian Huskies are free-spirited with a stubborn side. However, this doesn’t mean they aren’t intelligent or can’t be trained. It’s just about finding the right motivators for your dog.

If your Husky seems to cross boundaries with howling, I recommend using the principles of operant conditioning to reward positive behavior and ‘punish’ negative behavior. With that, the first command to teach is “stop.”

For example, if your dog howls and you command it to stop, give it its favorite snack when the command is obeyed. If the command is not obeyed, deprive the dog of your presence or take away a toy it was playing with.

Huskies are energetic and active dogs. In fact, they require a moderate to heavy amount of physical and mental exercise each day. We recommend Huskies get at least 2 hours of exercise daily!

If that is lacking, your Husky is probably going to get bored, which can easily translate into random howling. What’s worse is that it can lead them to chewing up your house or escaping in search of adventure.

If your dog has less than the recommended 2 hours of exercise, they might even howl to protest boredom. Of course, it depends on the individual dog. Some Huskies are more active than others, so you’ll need to figure that out.

Let Them Howl Away!

Even though all dogs are descendants, Huskies have closer-than-usual links with one type of wolf in particular: the extinct North Asian Taimyr wolf. This close connection with wolves is the main reason they howl so much.

True to their roots, Huskies will howl to respond to others in their pack or to communicate displeasure for being left alone, among other motives. The howl of a Husky begins faintly in the first weeks of their life and gets stronger with age.

If your Husky is howling excessively, you should consult a vet to check for health issues. If it is a behavioral issue, you can work with a dog behaviorist or use DIY methods to correct the behavior.

However, if you don’t see excessive howling from your Husky, let them howl away! To prevent them from howling every time they open their mouths is like preventing humans from speaking. It’s just how they communicate. 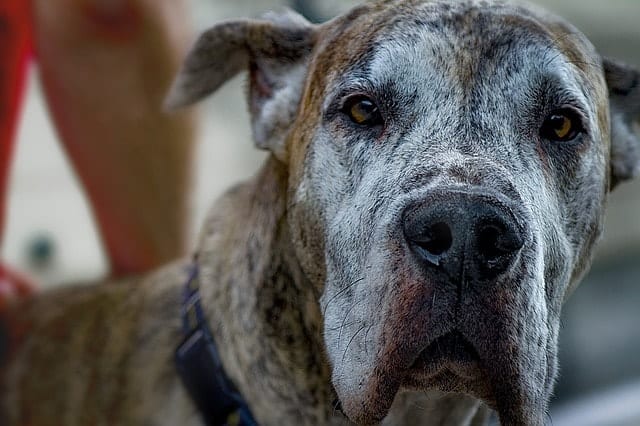 ← Previous
Are Great Danes Good With Kids? - A Parent's Guide to Raising Great Danes With Children

Next →
Do Huskies Get Along with Cats? - The Cat Owner's Guide to Huskies
Click here to cancel reply.

I also have another dog while I also have my husky my husky was also howling a lot, he would take a break then howl about 5 minutes later and I don’t know what’s wrong.