What Were Chihuahuas Originally Bred For? – The Truth About The Chihuahua’s Origins

Chihuahuas are little bundles of charm and sass. Though these Mexican dogs are tiny, they have big and wonderful personalities. As a result, they’re some of the most popular family lap dogs today. But with their petite size, owners may wonder what they were bred to do.

There’s much more to the Chihuahua’s history than most people know. Let’s look into the Chihuahua origins and discover the true reasons why these dogs were developed.

For hundreds of years, we believed Chihuahuas originated from an ancient civilization of Mexico. Though this is partly true, researchers recently discovered that the ancestors of the Chihuahua actually originated from Asia.

Specifically, they have recent roots from China, according to BBC.

It’s certainly a shocking discovery, considering how iconic the Chihuahua is in Mexico. They may not be the national dog of Mexico (the Xoloitzcuintli is), but they might as well be.

Despite these recent discoveries, we can safely say that the modern iteration of the Chihuahua was developed in Mexico. That’s because they were bred from the ancient Mexican dog, the Techichi.

Bred From the Ancient Techichi

It’s been long believed that Chihuahuas were developed from the ancient dog of Mexico’s Toltec indigenous tribe, called the Techichi dog. These dogs can be traced back as far back as 9th century AD!

What’s interesting about the Techichi is that they’re mute dogs. In other words, they don’t really bark if at all. Considering how much the Chihuahua barks, it’s a bit hard to imagine they were derived from these mute dogs.

Unfortunately, there isn’t much information on these dogs. We know very little about the ancestor breeds of the Chihuahua.

What Chihuahuas Were Originally Bred For

Australian Shepherds were bred to herd livestock. Golden Retrievers were bred to retrieve game. Even Pit Bulls were bred for bull-baiting – an outlawed blood sport.

However, not all dogs were bred for a specific “working” job in society, including the Chihuahua. Still, these dogs served many jobs and purposes early on.

To cover all the original roles of the Chihuahua, we must first look at the Techichi in ancient Mexico. Though they’re not exactly the same dogs, they are their true ancestral breed.

As descendants of the Techichi dog, Chihuahuas were popular among religious ceremonies and rites. Sadly, this means that Chihuahuas were sacrificed during sacred Toltec practices.

In addition, evidence suggests that the ancient Aztecs and Toltecs believed that these small dogs guided the soul to the underworld after death. Because of this, Techichi dogs were often buried with the deceased family members.

Though it may seem like these ancient civilizations treated these dogs poorly, this is not the case. When these dogs aren’t being sacrificed or buried, they were taken cared of very well.

The people treated these dogs as sacred animals because of their connections to the religious ceremonies. As you may have guessed, they were some of the most popular pets back then, at least in ancient Mexico.

Most of the western world have banned the consumption of dogs today. Even in other parts of the world where consuming dogs is legal, it’s still considered taboo (such as Korea).

However, this perception was not always the case around the world. Most of the western world did not ban the consumption of eating dog meat until the early 1900’s.

With that said, Chihuahuas (Techichi dogs) were also bred to be food. In fact, about 10% of meat consumption of the ancient Mayans came from our beloved dogs.

It’s hard to comprehend why these people decided to eat such a “sacred” pet. But some researchers believe that the civilization faced major food shortages and had to resort to such consumption.

Still, we have no conclusive evidence that can back this theory.

Aside from being sacrificed and eaten, Chihuahuas were also popular companions for the families of the Toltec. Even after all these years, they have remained some of the best dog companions.

These dogs were (and still are) charming and affectionate, making them perfect family dogs no matter what time period.

The people of the Toltec civilization lived in small homes around the crowded ancient city. Because of this, keeping a small mute dog such as the Techichi was a perfect fit.

Similarly to how Chihuahuas are now some of the best apartment dogs, the Techichi dogs were ideal for those living in that time period.

What Chihuahuas are Bred For Today

The Chihuahua is the world’s smallest dog breed (full list of small dogs) so they’re really limited on what jobs they can actually do.

With that said, we can rule out herding, guarding, hunting and retrieving. So what are Chihuahuas really bred for today?

Though they’re great companions for families, some will argue they’re even better at hunting small vermin.

As a matter of fact, these dogs are fearless ratters that take down squirrels, rats and other rodents in their native country of Mexico.

This innate skillset is their instinctive intelligence. Furthermore, this ability to track and hunt without human training is one of the three components of dog intelligence.

It’s partly what makes the Chihuahua smarter than people think.

Even after domestication, these instincts to hunt still live within the Chihuahua. If you have a rat problem in the home, then a Chihuahua may be your best weapon!

Keep in mind, these dogs are only used as ratters in more rural areas of Mexico. Even so, they’re in consideration for the best lap dog in the world.

Part of the Chihuahua’s charm is that they make such excellent and affectionate lapdogs. With a strong bond and relationship, there’s nothing they enjoy more than cuddling up with their owner.

Joe, a Chihuahua owner, tells us:

My Chihuahua sits on my mom’s lap pretty much endlessly. If she lies down she sleeps on her chest.

Other Reddit users chimed in, saying “that’s pretty typical” for a Chihuahua.

Other says they’re not quite lap dogs, but rather great “velcro dogs.” And by velcro dogs, we mean they stick to you (the owner) or other family members.

If either of us are sitting down, Brinkley (Chihuahua) is in one of our laps. When we have one of his dog park friends over, there is always competition for for the available lap.

One owner said, “mine follows me everywhere, hangs out in the bathroom when I’m getting dressed, wants to sit at least beside me when I’m sitting, and sleeps next to me anytime I’m sleeping.“

If you check out the Chihuahua Subreddit forum, there are literally hundreds and hundreds of owners telling you the same thing.

They all say that these dogs were meant to be lap dogs. And sure enough, they’re one of the best in the world at this “job.”

Okay, they weren’t bred for this, per se. But don’t underestimate their watchdog abilities. Also, were saying they’re great watch dogs and not guard dogs.

If you expect a Chihuahua to attack an intruder and defend the house, you’ll probably be out of luck. But because these dogs are fairly territorial and yappy, expect them to bark like a mad-dog when intruders come.

This can be a good or bad thing. For example, if you have a gated front yard and pedestrians walk by, chances are your Chihuahua will go investigate and bark as they’re passing.

It can be annoying to many owners. However, when unwanted intruders actually come you’ll be happy that your little Chihuahua was able to alert you and the family.

Why Get a Chihuahua?

There are so many reasons to keep a Chihuahua. They’re not particularly difficult to care for. These dogs are normal shedders. They don’t require as much physical activity as other dogs.

In addition, they’re spirited and lively little dogs. There’s rarely a dull moment when you’re with a Chihuahua. Plus, they’re more intelligent than people give them credit for.

It’s unlikely that you need a Chihuahua to help hunt vermin. You’re likely looking for a companion, which the Chihuahuas were literally bred to do.

When debating about a dog breed, make sure that you pick a breed because their temperament and personality fits yours.

Also, consider your work schedule, as some dogs can’t spend too much time alone. Because Chihuahuas are companion dogs, they can’t stand being alone all day long.

To make the relationship work between your Chihuahua, you’ll need to be patient with them. You’ll quickly learn this when obedience training starts, as they’re stubborn little dogs.

Every chance you get, shower them with love and affection – nothing less. In return, the Chihuahua will be one of the most loyal and entertaining companions you’ll ever own.

Give the Chihuahua a try and you won’t regret it! 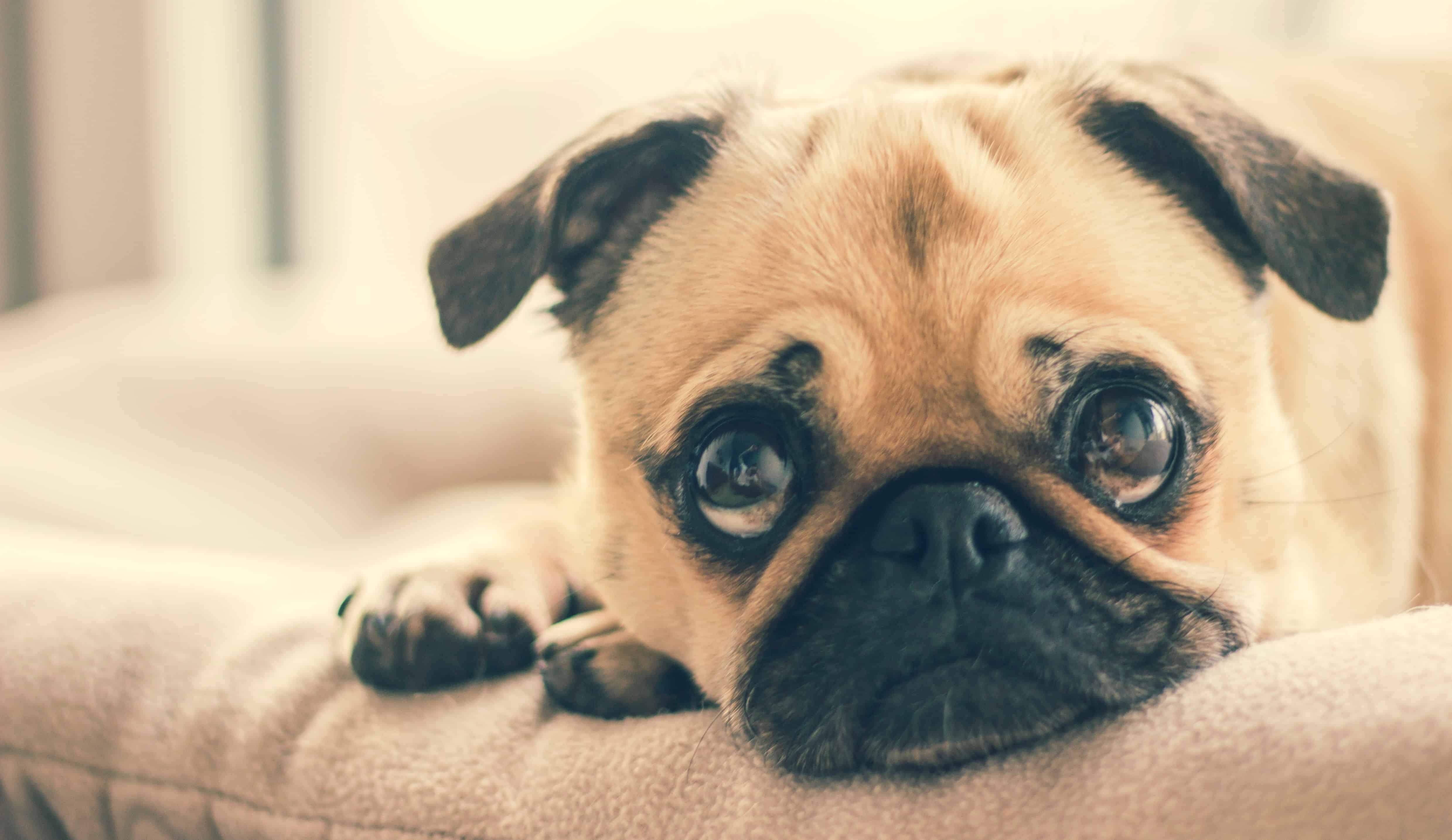 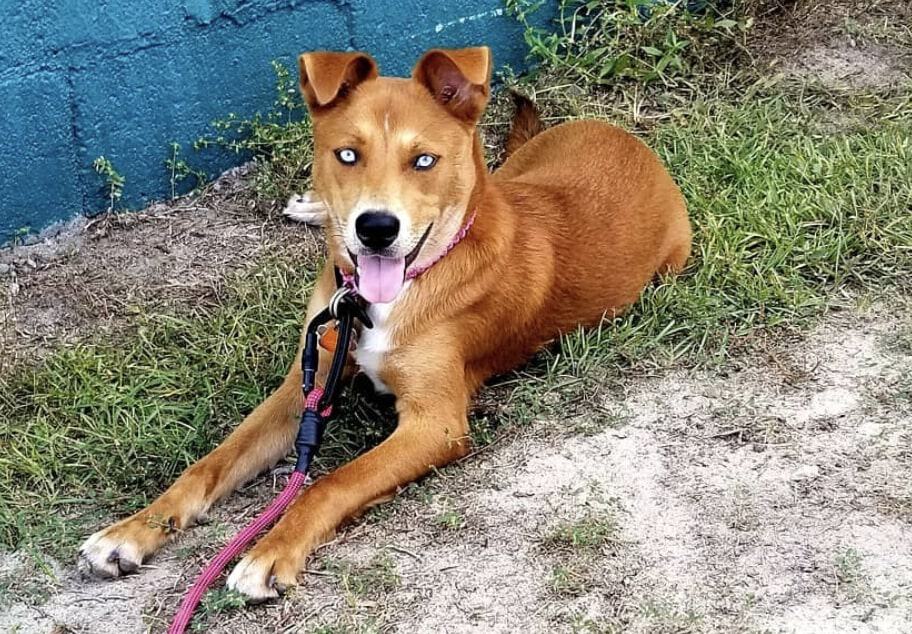 Next →
The Energetic and Playful Pitsky - The Complete Guide to the Pit Bull Husky Mix
Click here to cancel reply.

Hello, I have no idea who may read this but I want to point out some inaccuracies within the article. The study published in the Royal Society Journal determined that no link between Chihuahuas and Asian origins could actually be found. Instead, it found a direct link from modern Chihuahua to Mexican pre-Columbian dogs. Secondly, this article attempts to make sacrificial offerings negative but in reality, it's quite the opposite: the chihuahua was chosen to be sacrificed due to the great power they were perceived to possess.

I've been raising n breeding sence I was 8 I'm 58 now Chihuahua only breed I had or want to have still found out some facts I didn't know wow thank u.i have 5 now grandmom5 generation n dad n granddad aunt n mom n I kept one of the puppie I keep all 80 if I lived on a farm I had my dream come true booth of my girl Chihuahua had there pup at same time 10 puppie all to my self I kept them in my bed room I was surprised they have there own personality n mood it went to fast b4 I knew it there were in great new home I still keep contact with all but 2 80 over the years I mt there puppy n I'm very grateful for that. N also keep the puppy if there owners move n need time so they won't have to give them up or just for a baby sitter love it now I enroll in canine specialist Stanford college then I'm going to vet school n there pretty dam smart at least my ginger smarter then the old one she goes on paper they won't there starting to follow ginger n go on paper to thank god they go after bigger dog then them they seem to.forget there Chihuahua love every single mine n all the rest that why god put.me on earth .

That's amazing, thanks for sharing Mary!