Are German Shepherds Easy To Train?- The GSD Training Guide

German Shepherds are known for their intelligence, strength and bravery. It’s what makes them one of the most popular dogs. And while they may be the third most intelligent dog breed, owners may still wonder if this helps with their training.

Our guide walks you through all you need to know about how easy German Shepherds are to train. With this knowledge and a little bit of effort, you can have a wonderful canine companion trained to perfection. Read on to learn more.

Perhaps the biggest reason why German Shepherds are widely considered “easy to train” is because of their intelligence. However, we’re not referring to general smarts. The GSD has one of the highest marks when it comes to obedience and working intelligence.

In fact, among 138 dog breeds measured in an dog intelligence trial, they’re ranked the third most intelligent for this special type of dog IQ. But what actually is obedience and working IQ? And how is it measured in dogs?

The term was originally coined by famed canine psychologist and researcher, Stanley Coren. This term essentially measures how quickly a dog learns commands, in addition to how well they retain the obedience training.

And in Stanley Coren’s trials, the GSDs’ results were extraordinary:

The correlation of fast-learning and intelligence has some merit. However, it doesn’t tell the whole story when it comes to dog intelligence. In fact, Coren believed that German Shepherds are just very eager to work and please their handler.

After all, German Shepherds are premier working dogs. They’re versatile dogs bred for all types of work, which means they needed to be easy to train. If they weren’t, it’s highly unlikely we’d see them as police, rescue, therapy and military dogs.

What Affects a German Shepherd’s Trainability?

As we mentioned, German Shepherds are one of the smartest dog breeds out there. And due to their excellent brains, these large dogs tend to respond quickly to organized and efficient training.

As a result, this is the reason why they excel in so many jobs, from police dogs to therapy dogs. Their loyalty and intelligence combine to create a dog that not only loves to learn, but can do so quickly and most effectively.

Most GSD’s are bred for the combination of intelligence, solid nerves, and biddability, resulting in a smart, rock solid dog that is willing to please.

The most important factor will always be patience and the trainer’s willingness to work with the dog. In addition, other notable factors, such as the dog’s age, past experiences with training, your method the consistency also plays a huge role.

In general, the sooner you start training a German Shepherd, the better and easier it will go. A young German Shepherd puppy will likely be easier to train than an older one without any training. And this holds true for all dog breeds.

Though puppies might have a shorter attention span, they can still pick up on training early on. But training is quite a broad term, so let’s break down the ages at which you can start training your GSD puppy.

While owners might be tempted to skip to potty training or teaching their German Shepherd the basic commands, socialization should come first.

There is a reason why you should immediately look into socialization training. The crucial window for socializing your puppy arrives quickly around 12-14 weeks. During this time, they are more curious and willing to explore or interact.

Without this solid social foundation, training your German Shepherd in other areas can be a bit more difficult. A GSD that is not socialized will generally be more anxious, and they will have a hard time learning when other people or animals are present.

Fortunately, socializing a German Shepherd puppy is far from a difficult task. Their naturally confident temperament helps them engage in social encounters from a young age. Plus, they’re smart enough at a young age to quickly pick up social cues.

You’ll want to make sure your puppy interacts with all types of animals and people from all walks of life. With some effort and a consistent plan, you should have no trouble with this part of training your German Shepherd.

While socialization is important, potty training your German Shepherd shouldn’t be put off either. This is especially important if you have carpets or rugs. Or you generally don’t want your home to become a total mess.

The good news is that potty training your German Shepherd shouldn’t be too challenging. With their higher intelligence, they can make connections quicker.

So you could have success in potty training your German Shepherd from about twelve weeks of age. Still, there will be a learning curve and it can take several weeks before you see results.

During this time, accidents will be bound to happen. Simply clean up. And if your German Shepherd doesn’t seem to be responding to potty training at first, don’t worry. It’s rare to find a GSD that does not eventually get it.

They might just not have full control of their bladder. What is important is to show patience and be warm rather than getting frustrated. Yes, cleaning carpets can be a pain. But patience will pay off in the long run with a well-adjusted GSD who is well trained.

Having a canine friend that responds to commands can be a rewarding experience for both dog and owner. However, many would argue that these are generally the least important part of training your German Shepherd.

Even so, obedience training in general is still very important. A German Shepherd’s natural tendency towards obedience makes this training quite straightforward most of the time. And without it, they can develop aggressive tendencies.

But it still demands some time. In fact, it might be best to enroll your German Shepherd in a puppy obedience class to lay a solid foundation.

But German Shepherds are easy to train when it comes to commands. And you can incorporate this type of training at the same time as socializing or potty training your dog.

With their sharp minds, German Shepherd puppies might even start picking up simple commands from as young as seven week.

Like the other forms of training, patience and consistency will be key. And lots of treats! German Shepherds may be a brilliant dog, but a reward will always go a long way in helping them learn any command or trick.

If either of these is the case, don’t worry, it doesn’t mean that training your German Shepherd will suddenly become impossible. After all, they are still going to be wicked smart dogs.

Instead, what it means is that their training should take into account their history. Just like humans, a German Shepherd picks up most of their habits and develop their personality while younger. If any training is new for them, it may be more difficult.

And despite popular belief, an older German Shepherd can certainly change, learn new habits, and alter its behavior. However, you will need to work with what came before.

So if you are adopting or rescuing a German Shepherd, it will be crucial to learn as much about their previous experiences. This information might end up being thin, but every little bit will help when it comes to training your dog.

For example, if you are adopting a German Shepherd from a friend, they might already be potty trained and all, but maybe they never experienced learning commands.

Also, a rescue dog might have had some difficult times in its life. So it might naturally be a bit more anxious or wary, which can make training move a bit slower.

In any case, training should not be impossible. It is just a matter of adapting and working with your German Shepherd to best suit their needs.

With the right and proper methods, German Shepherds are undeniably easy to train. But consistency and technique will still be crucial factors.

These will vary slightly depending on the type of training you want your German Shepherd to have. But consistency and routine will always be in your favor.

In many ways, German Shepherds are easy to train. But that doesn’t mean it won’t take a fair amount of work on your end. Even if they are smart, don’t expect them to get everything right on the first try or even the first day (though they might!).

How an owner approaches training will play a large role. If you approach training your dog with some compassion and understanding, you are headed in the right direction.

If you maintain a positive attitude and demonstrate patience, your German Shepherd will respond far better than if you do the opposite. Don’t show any signs of frustration or get upset with them. That will only make them more stressed out.

Training may take time and effort, but it will ultimately be rewarding for both you and your German Shepherd. 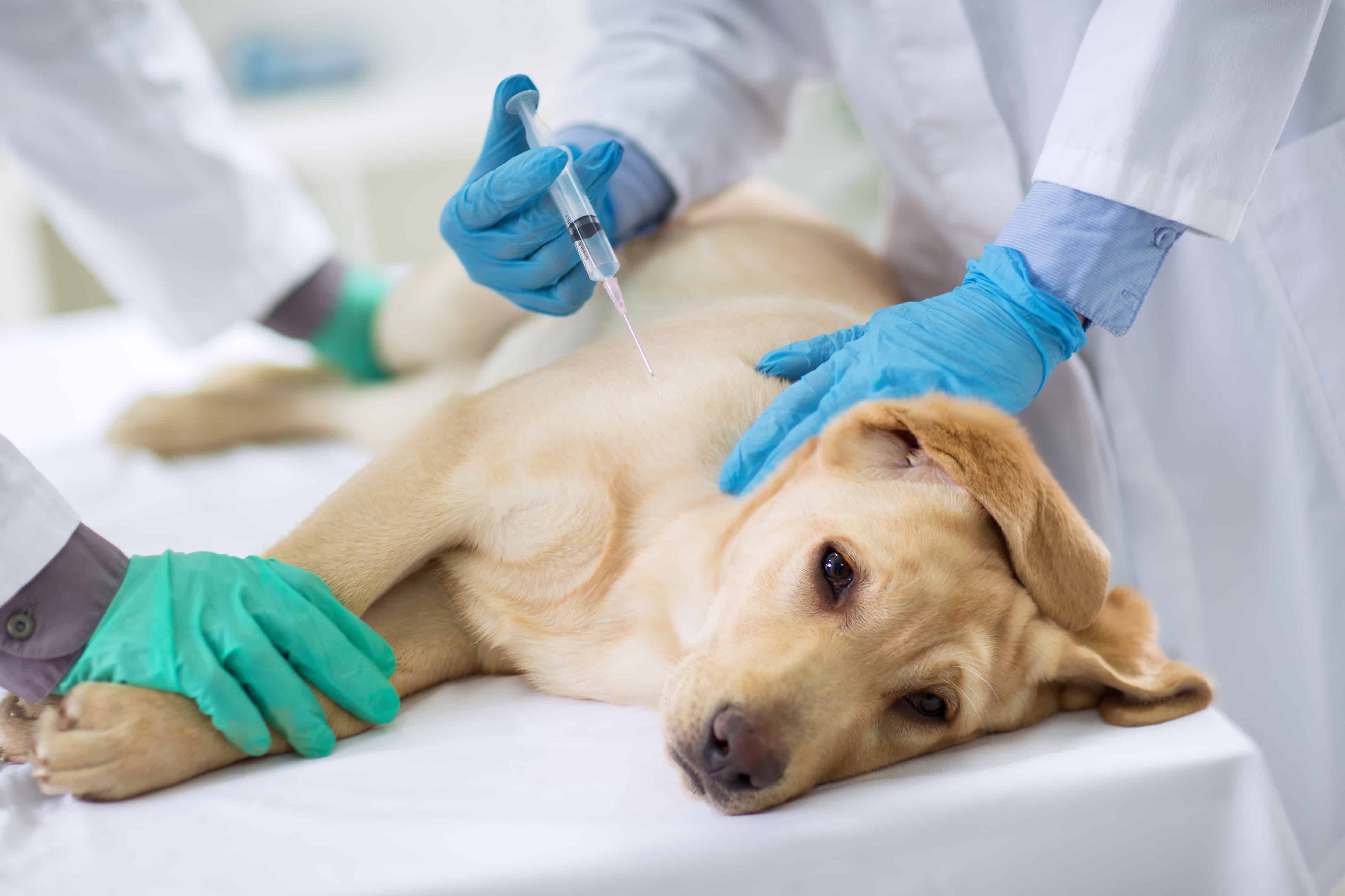