Tangkhul Hui: A Rare Hunter on the Brink – Complete Guide to the Indian Hunting Dog

Tangkhul Hui dogs are a rare breed of spitz from Manipur in India. Also known as Awang Huijao, they are a very old breed, possibly ancient. Unfortunately, not much is known about the Tangkhul Hui. Like many breeds in India, they have not been extensively studied like the ancient and basal breeds have elsewhere.

Prized for their fierce nature and intelligence, they make very good guard dogs as well as pets. Like most sighthounds, they can be shy and aloof if they do not know you. Once you have their trust and respect, they can make lifelong friends and be very protective, as well as a lot of fun.

Friendliness: From the limited data, we know that the Tangkhul dog is very friendly. In fact, owners say that they’re rarely aggressive towards human. However, they still remain quite aloof towards strangers like most dogs.

Trainability: These dogs are easy to train because of high intelligence. Also, they’re easier to control compared to many other hunting dogs and sighthounds.

Grooming: A Tangkhul will require minimum grooming, as they tend to have short hair without much shedding. Still, the occasional toothbrushing, coat brushing and bath is necessary.

Adaptability: Although they’re hunting dogs, the Tangkhul is surprisingly adaptable. They can live in apartments, but require you to take them out to get their daily walks and play. Due to their short coat, they can’t stand cold climates.

Activity: Like with all hunting dogs, they need exercise, and plenty of it. We recommend about 45 minutes or so of exercise to expend their energy, per day. 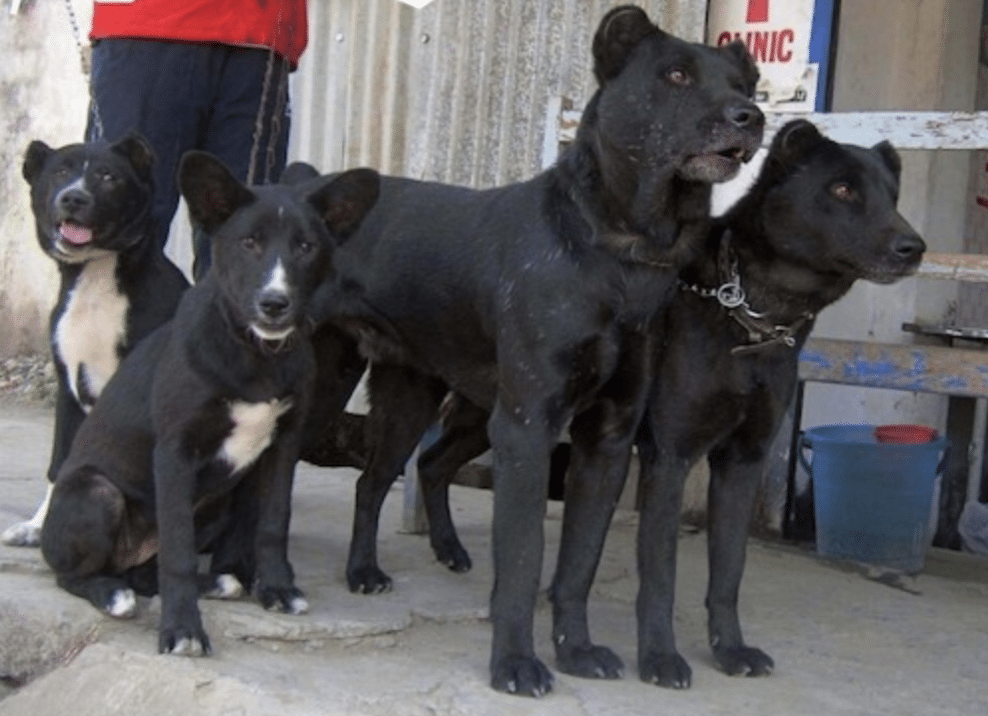 The Tanghul Huis are not recognized as a purebred dogs. In India, there has not been the intense breeding pressure that has produced consistent looks of Western dogs. One Tangkhul Hui can look very different from another as a result.

Generally, they are very dark brown/black with pricked ears, a short, curled bob tail, and a wide face with a pointed nose. Most have a very short coat because of the heat, but there are examples of the breed with a longer coat.

Some have white or cream patches on their coats, sometimes on their feet, underside, and face. However, most appear to be consistently one color or have only small patches of another color.

Standing about 26 inches high and weighing in about 70 pounds (for a male), they are considered medium sized dogs.

Local legend has it that they were bred from the Asian black bear and it is easy to see why, given their strength, fierceness, and dark fur.

Bred as fierce hunters, their instincts are strong. They are very protective of their pack and property and will attack much larger animals they deem to be a threat. Although their role as a hunter has led their numbers to decline, they have newfound use as very effective guard and watchdogs. Some even argue that they are dogs that should be used by the police in India.

Like most hunting dogs, they are usually one-person dogs but if properly socialized and trained, can make very loving companions to a family. There is not much information available about their suitability with young children, but they are not known to be aggressive to humans unless they were poorly trained and unsocialized. As proud and fierce hunters, they will probably not respond well to a child pulling their tail. So, a proper introduction and a laying down of the rules before they meet will be necessary.

As intelligent dogs, they are relatively easy to train, according to the breeders who know them. However, like most intelligent dogs, they can be stubborn. Experienced breeders and trainers would not have much of a problem, but they are not recommended for inexperienced dog owners. New trainers often unfairly label them as dumb dogs because they aren’t able to properly train them.

One of the best characteristics of a Tangkhul is their obedience. Unlike some hunters, they can be controlled when on the hunt, apparently. Quick to learn and adapt, they make good playmates as well.

Living with a Tangkhul Hui 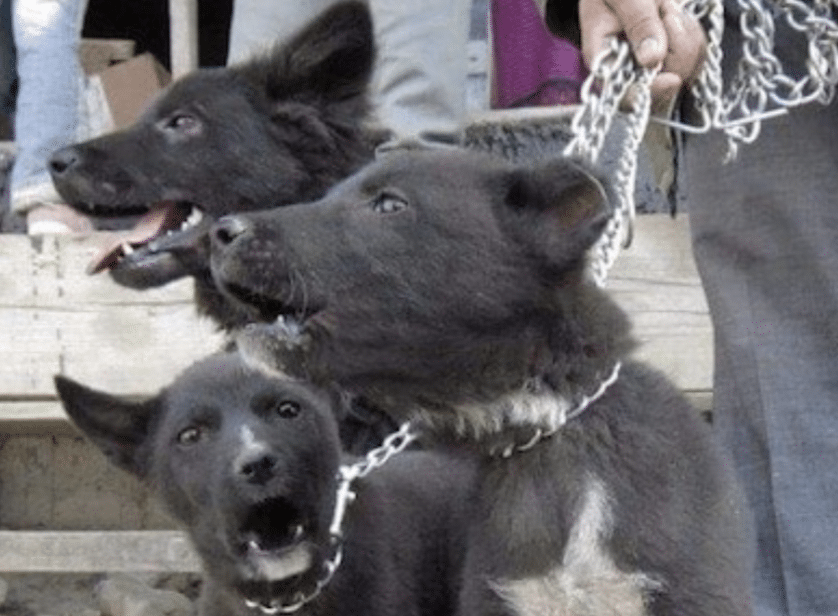 This breed has a medium-length coat and will need some brushing to keep them in good condition. They can shed but it is not too much. Once or twice a week is enough.

Generally, they keep themselves clean and are easy to housebreak. The usual care, like toothbrushing and nail clipping, is required.

The Tangkhul Hui were bred as hunters and therefore need quite a lot of exercise. However, they can be kept in an apartment if you can manage to keep up with their exercise requirements. About 45 minutes of exercise a day should be sufficient.

Friendly and loyal, they make good companions to individuals and groups.

Although data are rare, they seem to be an exceptionally healthy breed. There are no reports of inherited diseases and they seem to have good parasite and infection resistance.

A Tangkhul Hui can expect to live at least 12 years, maybe 15. This is from Indian dogs, who are sometimes not as well cared for as breeds in Europe or America are, so it is likely that with good care, they can live much longer.

History & Future of the Tangkhul

The breed could be hundreds of years old but records are not well kept, so it is hard to tell. They were bred as hunters in the Urkhul District of Manipur. It is possible they originated as a cross with dogs from Myanmar, which bear some resemblance and are not so far away.

Considered endangered, there are not many Tangkhul Hui left. Their traditional roles were eroded with development and human expansion and not many people could afford to keep a dog as a pet. However, there seems to be a grass-roots campaign to save the dog in Urkhul District, so their future might not be as bleak as some expect.

Im Dr.Anandaradhya.s from mysore karnataka,im very much impressed by tongkul hui and i want to own one ,can any one help me to get a puppy please let me know ,my wats app no:9108453643