Sakhalin Husky – Everything About the Antartica Expedition Sled Dogs from Japan

There are numerous Japanese dog breeds, but the Sakhalin Husky has perhaps the most famous and inspiring story. As of 2011, there were only two purebred Sakhalin Huskies in the world, making them by far the rarest breeds among Japanese dogs. These dogs are virtually extinct, but have a permanent spot in the hearts of dog lovers around the world.

They were originally bred as fierce sled dogs and used in the Antartica expeditions of the 1950’s. Although not recognized by any major kennel club, the Sakhalins are unique dogs with their own personality, temperament and history.

Origins of the Sakhalin Husky 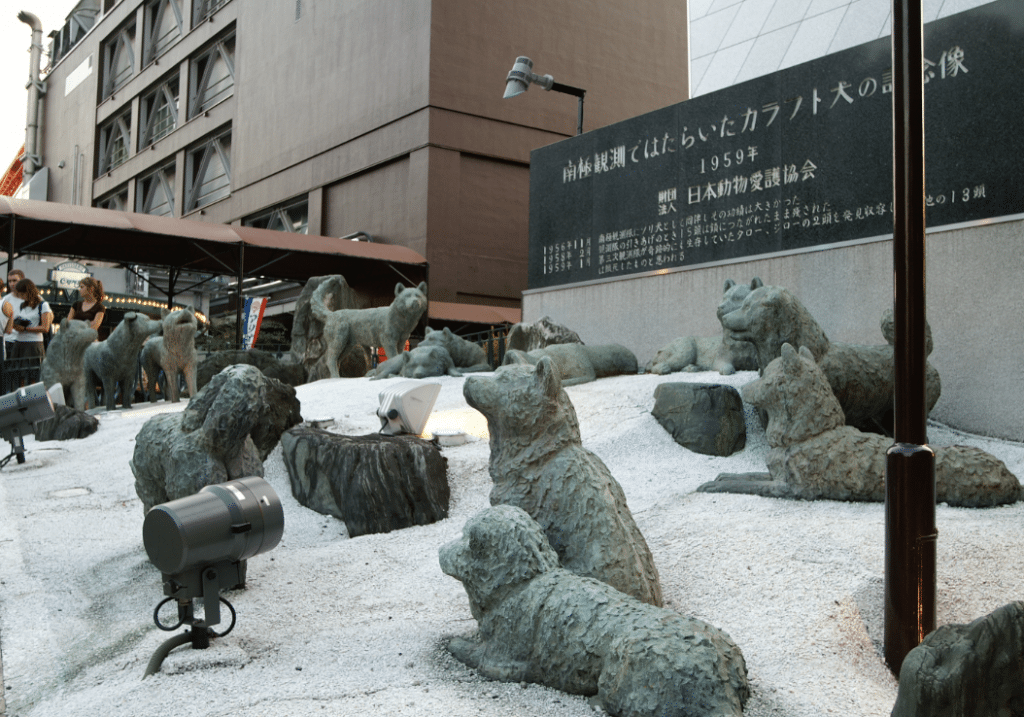 The birth of the Sakhalin Husky cannot be pin pointed to an exact date or year. However, we do know that they originated from Sakhalin, an island located in the most northern part of Japan (pre-1951). The southern half of the Sakhalin island belonged to Japan, while the northern half belonged to Russia. When the Japanese lost World War II, the prefecture was then occupied by Soviet troops.

These huskies were originally bred by the indigenous people of Sakhalin, called Nivkh. They first became popular sled dogs when Explorers started using them to seek new land in Franz Josef Land, northern Alaska and the South Pole. Perhaps the most famous person to use the Sakhalin Husky was Robert Falcon Scott. He was a British Royal Navy officer who was famously made expeditions to Antartica at the time.

Sakhalin in The Red Army

At one point, they were seen as a premier military dog breed. The Sakhalin Huskies were used in the Red Army under the communist Soviet Union leader – Joseph Stalin. They were attractive because of their large stature and amazing stamina. These dogs were intelligent, as well.

The problem was that they required too much resources to make them a viable option for the Red Army. In fact, it was estimated that these dogs were more expensive to maintain than horses. They ate up to 4,000 tons of salmon per year. Many believed this led to a massacre of these dogs in the 1930’s, starting the decline of this precious dog breed. 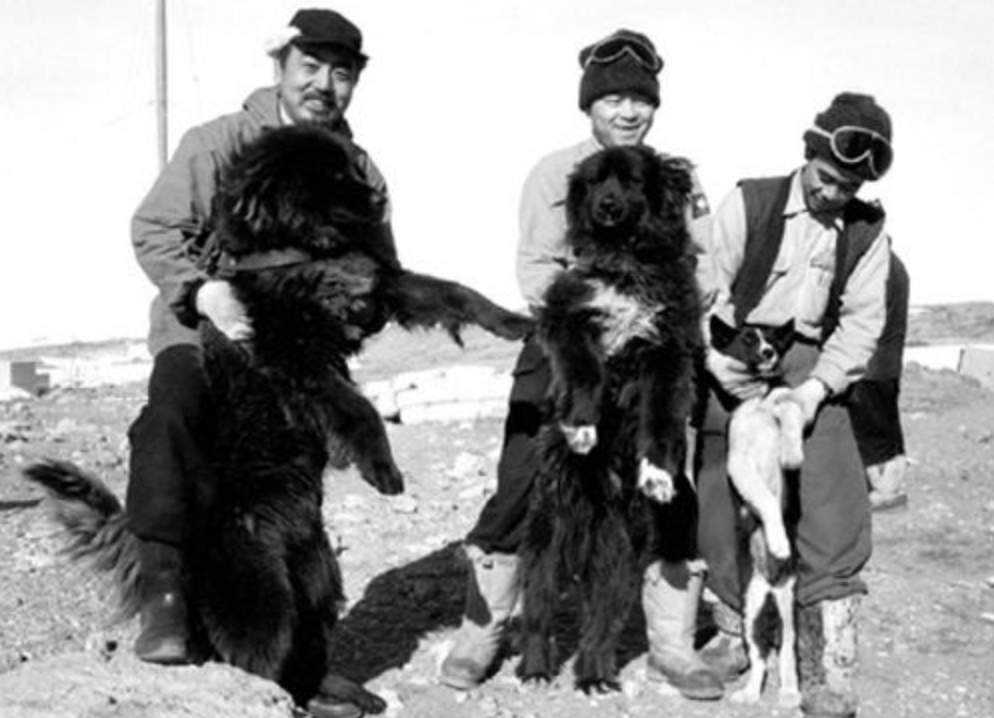 These huskies frequently were used as the ideal dog breed for expeditions to Antartica during the mid 20th century. Unsurprisingly, the Sakhalin Huskies made their claim to fame when one of these expeditions took the wrong turn. It was the infamous Japanese research expedition of 1958 when these dogs caught international attention.

The Story of Taro and Jiro

When climate conditions looked bad, an emergency evacuation was issued. The team originally did not want to leave the 15 Sakhalin sled dogs behind, but they had no choice. Researchers of the expedition believed that a relief team would come back in a few days, so they chained the dogs to the outpost. Only a small amount of food was left for the huskies. However, a few days later and the weather had worsened. No relief team ever made it back to the expedition site and the dogs were left to fend for themselves.

Almost a full year later, a second expedition team went back to the outpost to resume research. To their surprise, two of the dogs were still alive. The two huskies that survived were Jiro and Taro. When word got back to Japan on this miraculous discovery, the two dogs became over-night heroes.

Sakhalin Huskies of the 1958 Expedition:

Although both Sakhalin Huskies were saved, Jiro passed away shortly after in 1960. He was still in Antartica at the time and died from natural causes. Taro, on the other hand, returned to Japan and became a permanent resident of Hokkaido University. He lived a rather healthy life and eventually passed away from old age in 1970.

The remains of Jiro is located at the National Science Museum of Japan today. Taro was stuffed and put on display at Hokkaido University’s museum. The lasting impression of these two dogs created a spike in popularity of Sakhalin Husky breed. 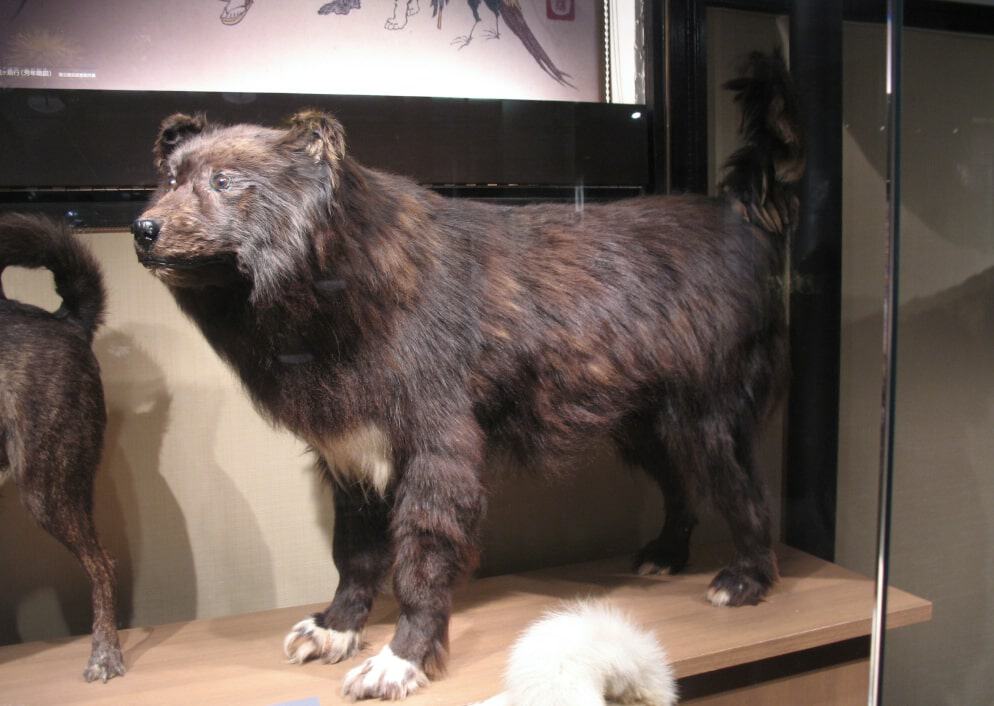 The amazing story of Taro and Jiro has been told countless times by the media. In 1983, the film Nankyoku Monogatari unraveled the story of these dogs and created a huge demand for the Sakhalin dog breeds. This was followed by the Disney film, Eight Below, which came out in 2006. Although the Disney movie was more of a fictional story, it was based off the 1958 Japanese expedition story. And instead of 15 Sakhalin Huskies, there were 2 Alaskan Malamutes and 6 Siberian Huskies. 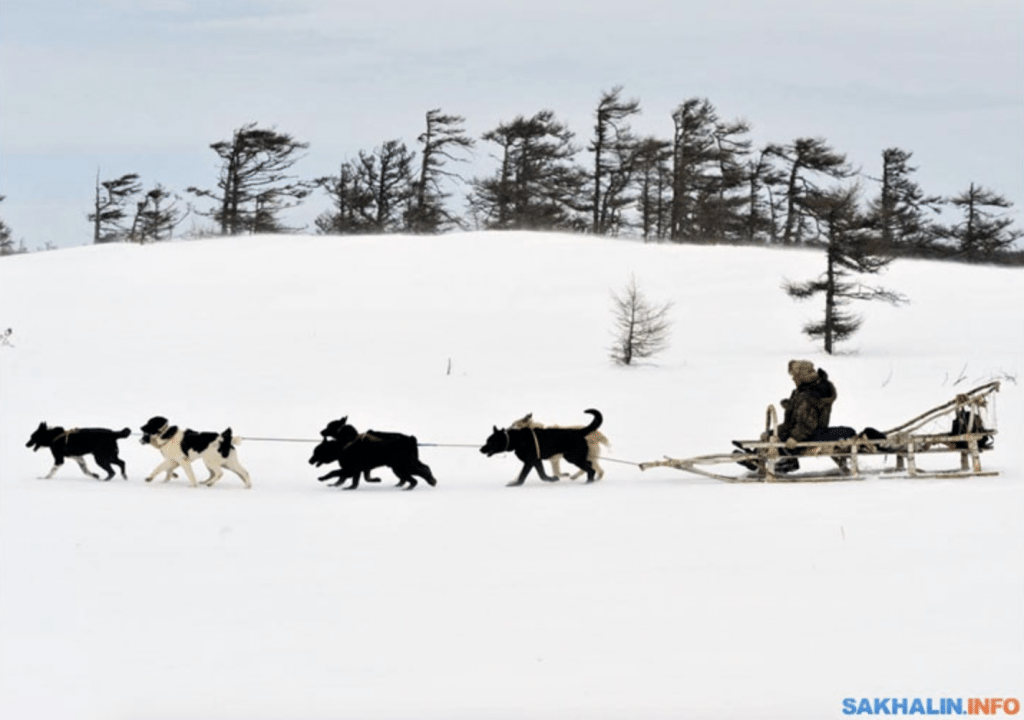 It’s safe to say, Sakhalin Huskies are extremely rare. And even then, it may be an understatement. Although there has been many attempts to revive this legendary Japanese dog breed, they are facing extinction. As of 2011, the world also knew two purebred Sakhalin Huskies. It’s possible there are more dogs of this breed still living on the Sakhalin Island. However, they are not officially documented.

The last breeder of the Sakhalin was a man named Sergey Lyubykh. Unfortunately, he passed away in 2012. Before he passed away, Lyubykh mentioned that it was near-impossible to revive this dog breed. His reasoning was that there was not enough Sakhalin Huskies in this world to have enough genetic diversity.

In 2015, Russian sled enthusiasts have made an extra attempt at reviving this breed. Despite climbing an uphill battle, they are optimistic about these dog’s chances in surviving. They’ve reached out for help by contacting the governor, who has expressed interest in this breed revival. 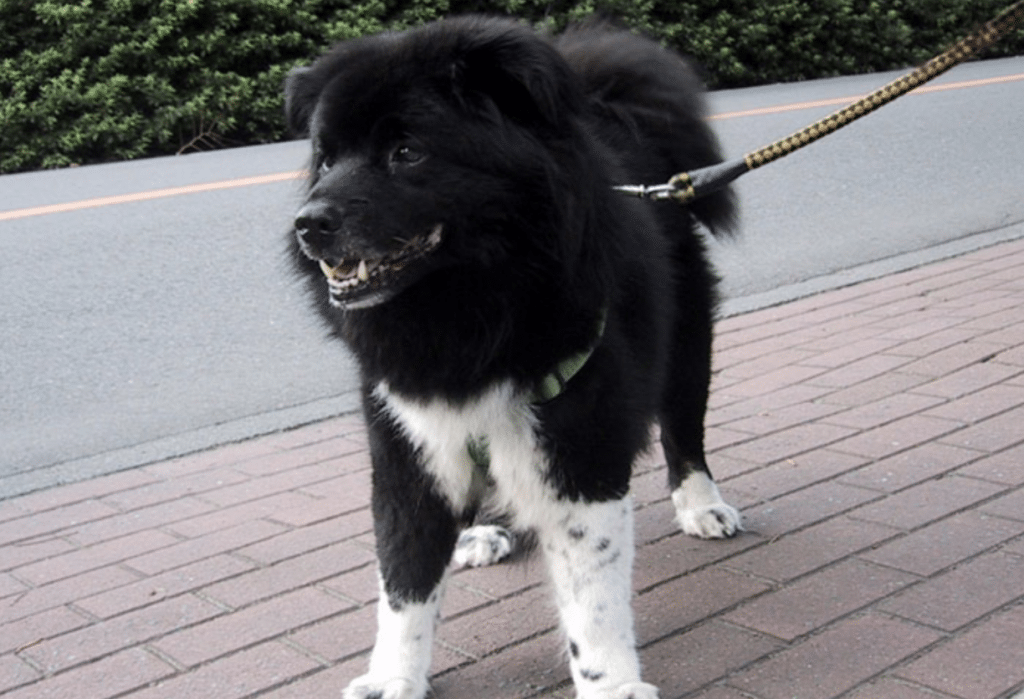 These dogs are amazing workers with complete devotion to their owners. They can be affectionate at times and are excellent with obedience training. Although they’re called ‘huskies,’ they aren’t as stubborn as your typical Siberian Husky. Most experts would consider them to be smart dog breeds, full of confidence and independence. In addition, they’re always alert and have a friendly demeanor. In other words, they get along well with other dogs and small children.

Bred to be sled dogs, the Sakhalins have one of the best stamina levels among all dog breeds. They can run for many miles at a time in the harshest of conditions. It’s probably why they were picked for all the expeditions in the coldest climates of the world. These dogs are also massive in size, which means they have immense strength. Owning a Sakhalin isn’t easy. They need extensive physical stimulation every single day.