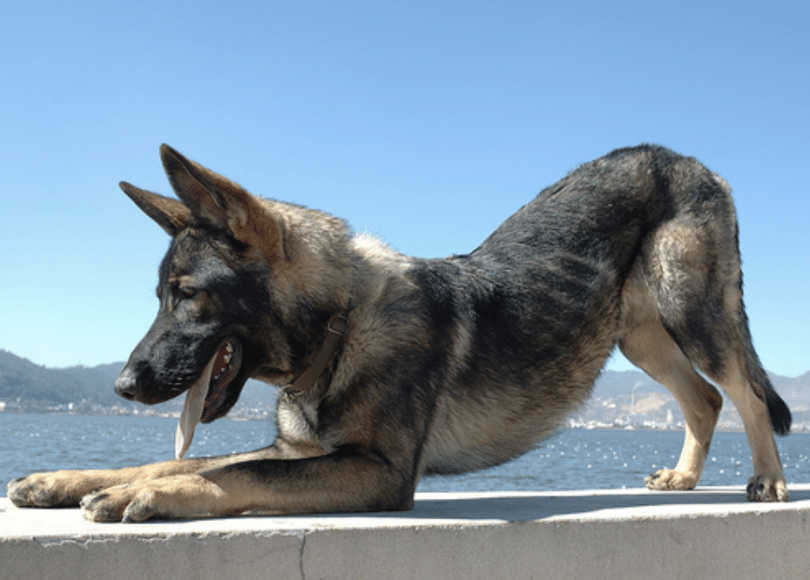 The Kunming Wolfdog hails from the great Middle Kingdom of China and excels at all investigation tasks. This dog breed was first discovered by being the canine component of the police force in China. Over the decades, the Kunming’s reputation as an exemplary sniffer travelled far and wide. Since then, members of this breed have earned a distinct reputation for their efficiency in the field of security and safety.

Sometime during the 1950s, the Chinese decided to crossbreed German Shepherds with wolves. Yes, you read that right – wolves. The outcome was the Kunming Wolfdog, with its extraordinarily sharp instincts. While the Chinese police force had been depending on them over the last five decades, the turn of the millennium witnessed the growth of this breed’s international popularity.

For example, the United Nations Peacekeeping Force (UNPF) summoned two members of this dog breed to Lebanon in 2006. Given the strong natural instinct of a Kunming Wolfdog, the two canines successfully detected landmines that had been buried at a depth of 12 inches. For this very trait, they were roped in by the Guangzhou Municipality to assist with security arrangements during the 16th Asian Games held in 2010. During the event, they served the purpose of sniffing out bombs and ensure the safety and security of all the venues.

Although they may be perfect as military aides, a Kunming Wolfdog also serves as a devoted and affectionate family pet too.

Friendliness: The Kunming wolfdog is relatively friendly with the right amount of socialization and obedience training. A properly trained Kunming will have no problems interacting with children and other dogs, even smaller ones. Unsurprisingly, they can easily detect and gauge the intentions of a particular stranger.

Trainability: These dogs will be difficult to train for novice dog owners. On the bright side, they are highly intelligent dogs and love going through training sessions. It’s best to train these dogs yourself, but at the same time, get some professional assistance during this process.

Grooming: Even though they have double coats in the winter, they aren’t difficult to groom. The only time they require extra attention in regards to grooming is the summer time, when they start shedding. All basic grooming necessities for dogs are highly recommended with your Kunming.

Adaptability: It will be hard keeping a Kunming if you live in an urban area, as they require a ton of space to roam free and expend energy. Generally, they aren’t recommended if you don’t have a relatively large backyard.

Activity: Kunming Wolfdogs require a ton of energy. They are like German Shepherds, where they need plenty of daily physical activity to be both mentally and physically stimulated. Without enough exercise, they can be unpredictable and possible cause a lot of havoc around the house. These dogs require more than your normal daily walks with other dog breeds.

History of the Kunming Wolfdog 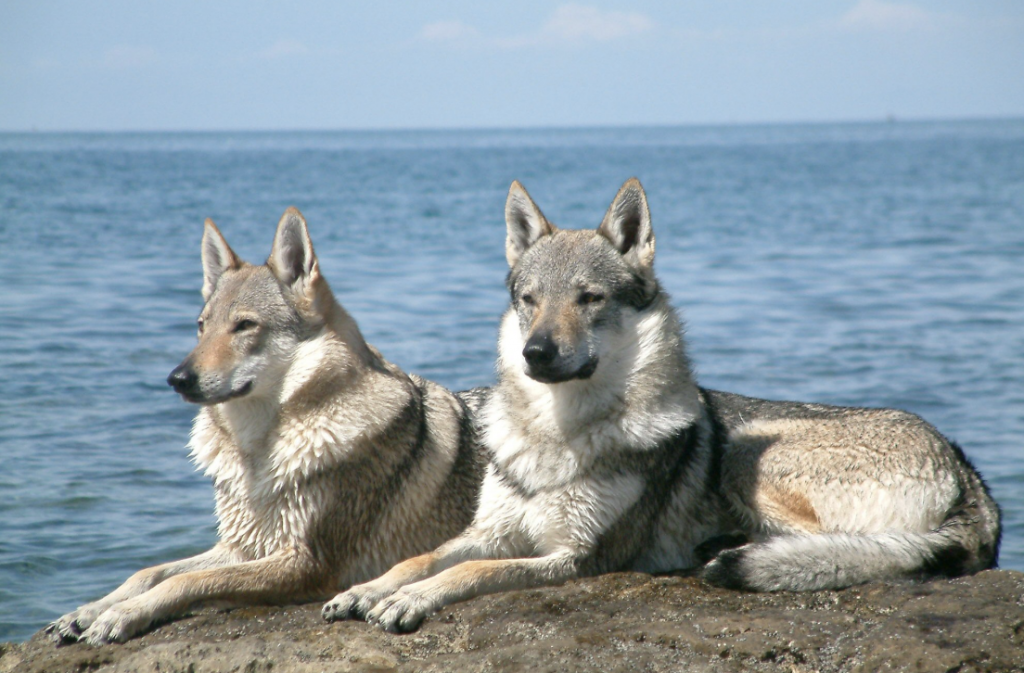 “Necessity is the mother of invention” – This adage best describes how the Kunming Wolfdog came into being. Soldiers and policemen asked for a dog that could facilitate their difficult tasks of spotting bombs and mines. Scientists opted for the Kunming Prefecture in Yunnan Province to create one from current existing dog breeds.

The lack of referential material makes it hard to find out exactly how this dog breed evolved. However, ancient outlines mention a first lot of 10 shepherd dogs having been used as part of K9 program in 1953. This was followed by bigger lots. Eventually 20 of the most robust were picked and formed the foundation of the Kunming Wolfdogs that you know today. This number further multiplied by breeding with 30 more canines added to the flock.

In 1988 the Kunming finally received acknowledgement from the Chinese Public Security Bureau. However, organizations like the AKC and UKC have yet to acknowledge this dog breed. Nevertheless, the Kunming Wolfdog continues to serve the police and military, not to mention having found a way into domestic homes. 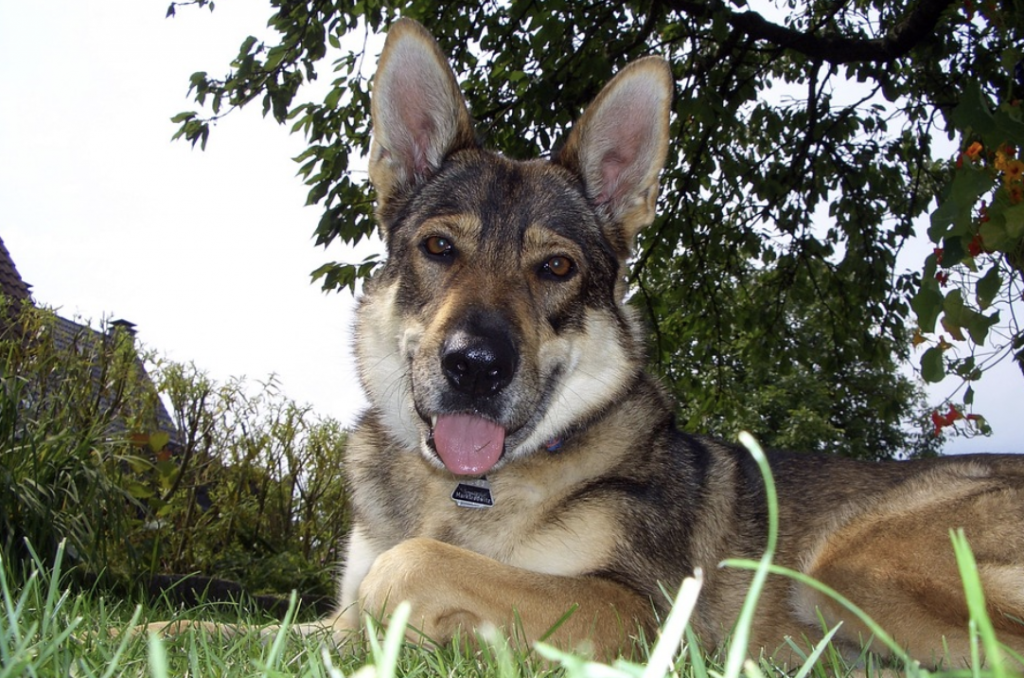 If you happen to be a first-time dog owner, do not opt for a Kunming Wolfdog. There are many other breeds easier to keep. Before you even realize, this canine will have established itself as the leader and assume a high degree of aggression.

Keep in mind that this dog breed was created to fulfill tasks related to the military and law enforcement. For this reason, they are alert and focused for most of the time. To keep this dog breed mentally stable, a lot of active tasks must be given to your dog. Ensure that they remain busy with something throughout the day and you’ll drastically increase your chance of keeping a happy Kunming.. A bored Kunming is unpredictable, and it is a situation that you must avoid at all costs.

Instinctively, a Kunming Wolfdog does not believe in social etiquettes. But members of this dog breed do approach training with an open mind, especially when they are young. Given their high IQ, they can also grasp concepts swiftly and with surety. So, when your Kunming is just a few weeks old, introduce socialization alongside other concepts like being on the leash and sniffing out lost objects. Never ever let the Kunming Wolfdog dominate/intimidate you. Be the leader and enjoy the energetic and enthusiastic company of a rare dog breed.

Kunming Wolfdogs are physically powerful and confident. For family members, this translates into a capable and worthy guard dog. However, for strangers/intruders, this could spell trouble. This is especially true if they come with malicious intentions. That being said, you can rest assured that if you are known to the family, the Kunming will grant you a warm-hearted welcome.

Expose your Kunming Wolfdog to regular socializing sessions with other dogs and people. They will grow up to love children and develop cordial relations with other canines, irrespective of the breed. Be consistent with your rules and gradually they will learn to get along with other smaller animals too. 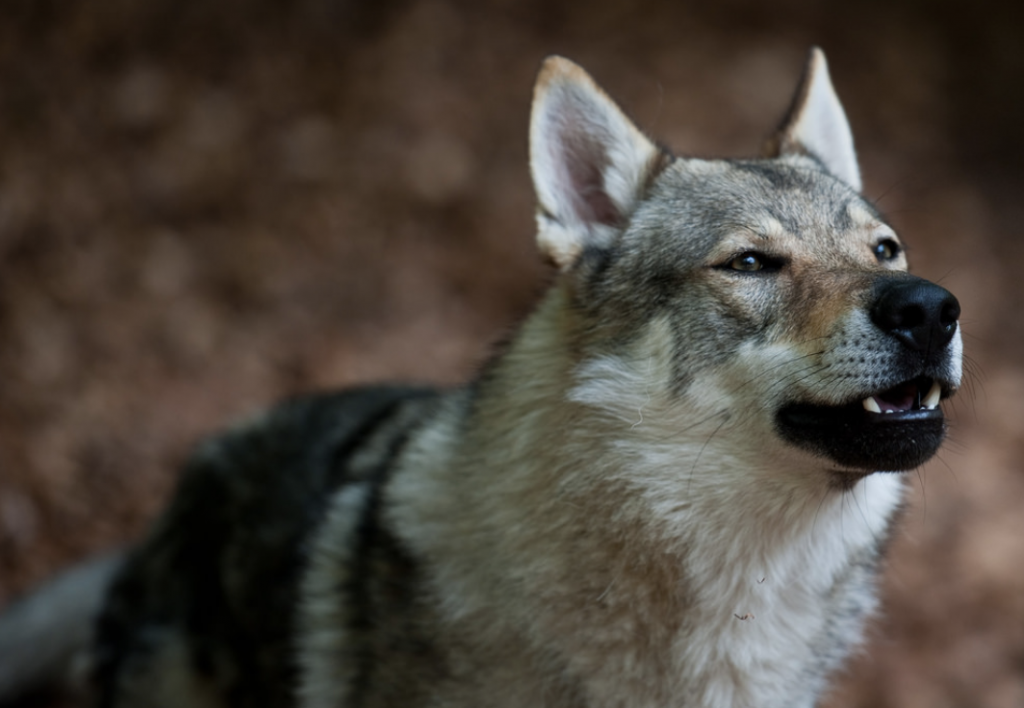 Plan out a day packed with plenty of physical and mental exercise for your Kunming Wolfdog. Since these canines are natural athletes, they remain the happiest when leading an active lifestyle. In other words: walks, jogs and outdoor games on a daily basis makes for a happy Kunming.

Be sure to clean your Kunming’s teeth at least once a week, depending on what you feed them. Giving them the occasional human food may require more frequent brushing. For example, certain fruits and vegetables have high concentrations of sugar, thus requiring more attentive oral care. Also remember to administer deworming medicine at least once a month. Care for your Kunming well and they will likely live until their maximum life expectancy of 14 years.

To keep your Kunming well-groomed, brush their coat at least twice a week during winters. During summer, increase this frequency as the canine tends to shed a lot. Bathing a Kunming is not exactly a priority and they rarely dirty themselves. You can, however, treat the thick double-coat to a good shampoo once in a blue moon.

The Kunming Wolfdog thrives well on a high-protein diet of dry kibble. Select kibble that has animal protein as its active ingredient, such as beef, chicken, fish or turkey. A dog’s diet should consist primarily of protein anyway.

Their diets are high-energy and provide the Kunming with sufficient calories to cope up with their proactive lifestyle. On an average, a Kunming Wolfdog requires 4 feeds a day. However, you can bring it down to 3 or raise it to 5 depending on how active your dog may be. Set a feeding routine and maintain it consistently. If you feed them at a certain time during the day, try to feed them at the same time everyday. If you have any doubts, seek advice from a veterinarian regarding what to feed your Kunming Wolfdog and how to go about it.

Overall, Kunming Wolfdogs enjoy robust health. They are canines after all, so a regular health check-up is a must to detect any burgeoning genetic problems. Like German Shepherds, Kunming Wolfdogs are prone to the typical canine health issues, like bloating, dysplasia of elbows and hips and declining vision.

Health of a Kunming Wolfdog may also suffer due to an injury or onset of old age. You can help your canine cope with them through early detection and appropriate medication. It is also essential you give them their routinely dog vaccinations for optimal health.

The most similar dog breed to the Kunming is obviously the German shepherd, having been bred from them. However, many owners and breeders believe that they are very similar to the Spitz group.