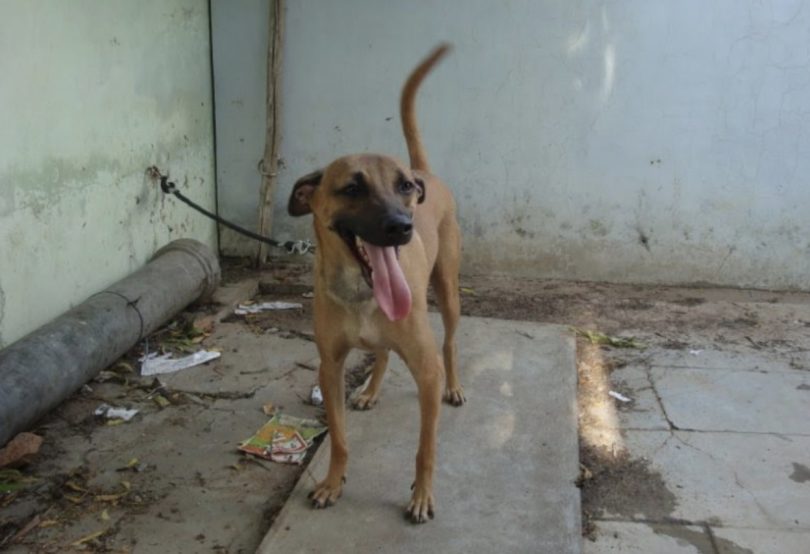 Named, typically, after the town in Kerala they originated from, the Kombai is another Indian sighthound. Other names include Indian Bore Hound (or dog) or Combai. However, these aren’t your typical hunting dogs.

With physical features resembling a terrier, the Kombai does not have the 270 degree field of vision of its hunter relative – the Chippiparai dog. However, its bulkier frame and stronger jaws make it perfectly suited for its intended job: hunting bears and other large animals.

The earliest records of the Kombai go back 600 years. The locals of Kerala believe the Maravar kings bred them as their royal dogs in the 9th century BCE. There are no records to back this up but it is a great story. They are believed to be descended from the other sighthounds, who originated in Central Asia, but there has been little study of this breed, so nobody knows for sure.

The Kombai dogs are increasingly rare mainly because they’re no longer used for their hunting roles. And with the need for guard dogs disappearing due to modern technology, few people can afford or want to keep this breed in India. Like many of the sighthounds of India, they are in real danger of going extinct.

Friendliness: Overall, the Kombai ranks below average for friendliness. Although they’re excellent with family and friends, they can be aggressive towards strangers and/or other dogs. Children have to be wary of how they act around these dogs, as they can get irritated with foul play.

Trainability: The Kombai dogs are extremely smart dogs but can be difficult to train. They’re not recommended for most people and should be trained by someone experienced. But as long as the owner (or family) is doing the training, they will welcome it due to extreme loyalty.

Grooming: The Kombai dogs require very little grooming. They only require the basic dog grooming and don’t require professional assistance by any means. This includes the occasional combing, bathing and teeth-brushing.

Adaptability: These dogs don’t adapt well to urban living. They are much better as suburban or farm dogs because of their need for physical stimulation. Their short coat means that they aren’t well suited for areas with cold climate. If stuck in an enclosure for a long period of time, they can exhibit destructive or unusual behavior.

Activity: Kombais need daily exercise. If you can’t provide enough physical activity for these dogs, then its best not to own one. A large enclosed area is best for these dogs as they can run freely when you are busy. Walks and games are highly recommended because the only thing they love more than exercise is exercise with their master.

A Brief History of the Kombai 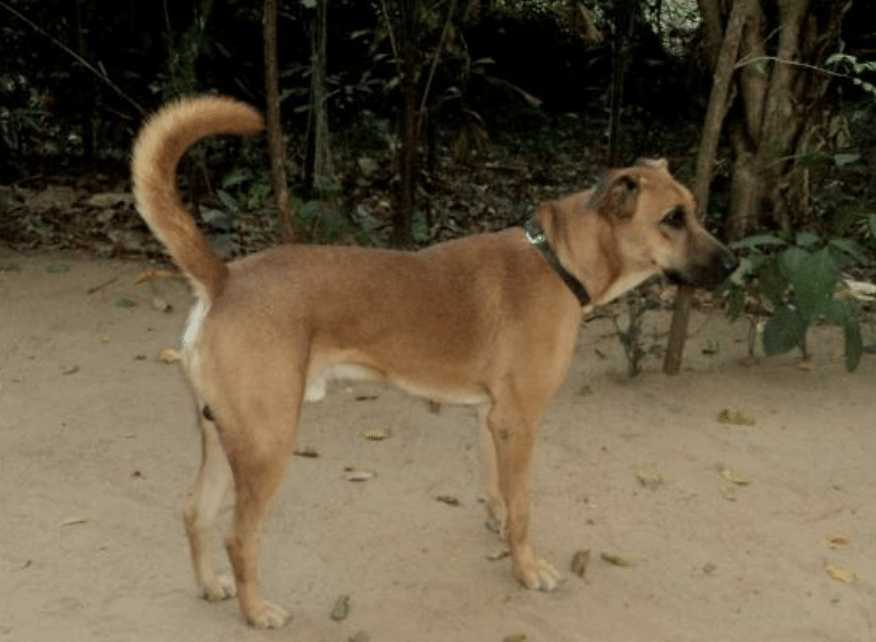 Tigers were an ever-present threat as the massive growth in India’s population drove them from their forests and into contact with humans. Kombais were bred with protection in mind. They had to be fierce, loyal, and tough enough to take down a tiger or a bear, or die trying.

The breed also had to guard its territory. As tigers were eliminated, the purpose of the Kombai was slowly lost. They lost their popularity as a breed as few people could afford to keep a dog just for the pleasure of it.

Their history might go back as far as 100 years, but it might soon end. Numbers dwindle and although there are efforts to maintain the breed, it is not looking good for the mighty Kombai. 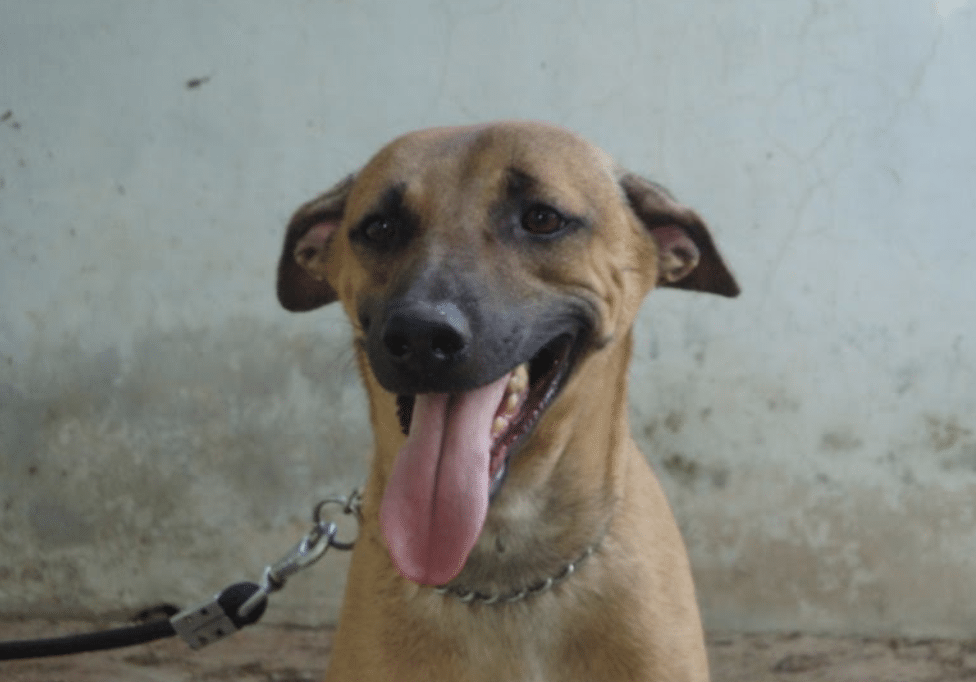 There is no unifying standard for the Kombai, so there are plenty of crossbreeds. A great deal of variation in physical appearance is the result. This can make spotting a genuine Kombai difficult: they are often very different from each other in their appearance, even if they are closely related.

One of the most distinctive features of a Kombai is the ridge of fur that runs up their spine and runs in the opposite direction to the rest of their fur. This is commonly compared to the Rhodesian Ridgeback and the Thai Ridgeback. There is a possible connection, but until someone does a genetic analysis of the species, it is merely guesswork.

Like all Indian sighthounds, they have a short coat to keep them cool during the intense heat of the Indian summer. As a result, they do not shed much or need much grooming. A short, glossy coat also makes them less vulnerable to ticks and parasites.

Their heads are wider than other sighthounds and they have a black mask, like a mastiff – another possible origin of the breed. Another theory says they could have been bred from Pariah dogs common to India because they look similar. Their wider heads and more powerful jaws reflect their breeding to hunt bears.

Their ears often drop down, some are pricked, and other still fold backwards. They are very expressive and the same dog can have two different ears.

Even their tails are inconsistent, ranging in length from a medium size to almost the length of their bodies again. Sometimes their tails are straight, some are curled right over the back in a tight circle.

Standing at most 25 inches high, they are not tall dogs but they are muscular and lean. They have been bred to hunt enormous animals, and they look the part. They are not stocky but are more lean cut with solid muscle if they are properly exercised.

Usually Kombai are tan or red-brown with a black muzzle. Their backs and sides are darker than the rest of their bodies, and their undersides are sometimes white. A great deal of variation is observed with the Kombai’s coloration. 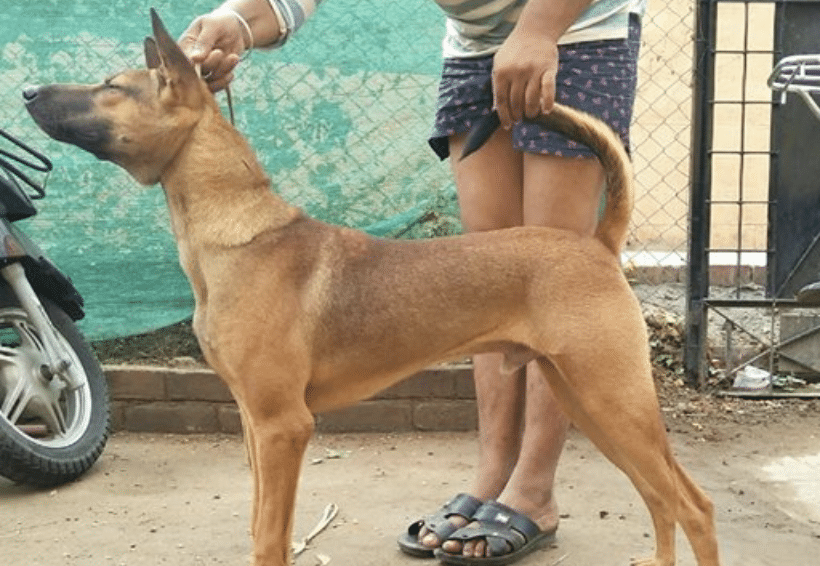 With comparisons to Rottweilers and Bull Terriers, the Kombai’s temperament is its main selling point. Incredibly loyal and protective, their bear-hunting instincts are hidden very closely under their skin. As guard dogs, there are not many better alternatives. To see a Kombai fight is a terrifying experience. They are unbelievably fierce when provoked or protecting their master, and have been known to fight to the death.

As the owners of Rottweilers will know, that fierceness and aggression is rarely, if ever, used unless necessary. They make very enjoyable companions, being both loyal and very willing to show affection. Like other sighthounds, they are often one-person dogs but if they are brought up with a family, develop very close bonds with all the members of their pack.

Historically, as bear hunting died out, they were used as guard dogs, and they perform this duty beautifully. Watch them herd your children and keep a sharp eye out for any dangers. They make surprisingly excellent family dogs and are uncommonly good with children, who they love to play with.

The toughness of a Kombai means not much scares them but they have an emotional side too. They are loyal to a fault, so when it comes to relocating them, they can find making a new bond extremely difficult. For a dog that relies so much on companionship, this can be heartbreaking for them.

Regular and early socialization is necessary if they are to get along with a family, but they welcome  it very nicely.

While Kombais are very affectionate with people they know, they are extremely wary of strangers. Guard dogs have to be. It can take some time and a bit of effort to get to know and be trusted by a Kombai. However, when they let you into their confidence, you will have a friend for life.

They are usually very good at telling friend from foe, but will attack if they perceive a threat to their family or master. A Kombai will not let you in their house unless you have permission, but they usually look much scarier than they actually are. Most of them are soft hearted when it comes down to it.

Without good training, they can be very aggressive and dangerous. Their constant alertness and highly developed protective instinct needs careful nurturing if they are to be safe and reliable around people. However, they are an intelligent dog breed and take to training well. With that said, Kombais are only recommended for experienced trainers.

In action, Kombais are incredible to witness. They will attack a bear, leopard, or aggressive human without hesitation or fear. What is more fascinating, they are probably going to win. That being said, they would make fantastic police or military dog breeds for India.

Children and Other Dogs

Very young children should be instructed on how to interact with a Kombai, who might not appreciate a strange little human pulling on its tail. If socialized, they will feel safe around children but their natural wariness means a kid has to put a little time into getting to know them before they can play, which they love to do.

They have some issues with animals they are not familiar with and can easily get into fights with other dogs over territory. This is especially true with smaller dog breeds and/or male dogs. 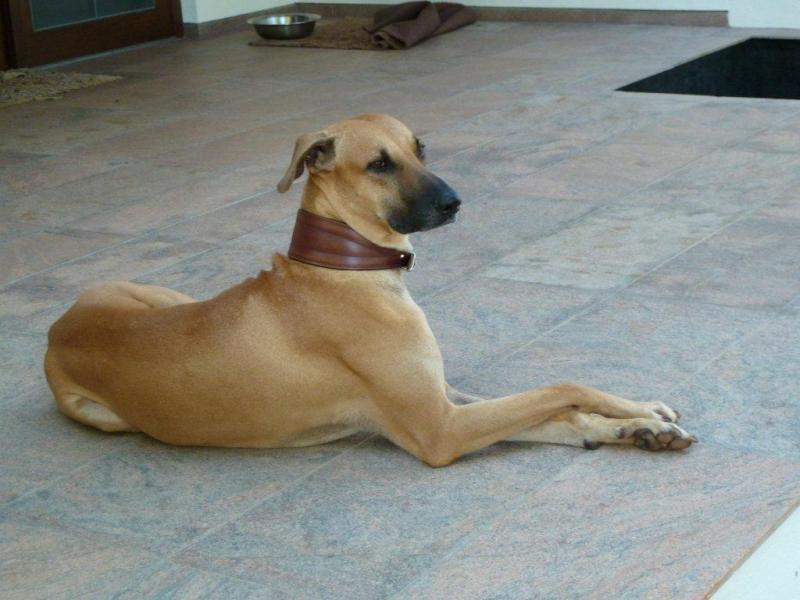 Kombais are highly intelligent, loyal to a fault, and very good company. They like to please their masters. Some owners say they are amongst the easiest dogs to train, and they will shower you with love if given the chance.

Bear in mind, all those positives can be potential negatives. Intelligent and energetic dogs like Kombais do not like being stuck inside an enclosure for long periods of time. In other words, not having enough space to move around may drive them crazy. Like all sighthounds, they need a lot of exercise (about 45 minutes a day should do, though it depends on the dog) and a big, secure yard to call their own.

When well trained and socialized, they make the most loyal companions anyone could ask for. However, if they are neglected or not given enough space they can get hyperactive, bark a lot, get very excited, and trash your home. They should not live in apartments and are more suited to suburban living.

Kombais generally do not shed much and only need an occasional brush. The standard dog maintenance rules apply: clip their nails, clean their ears and brush their teeth. There really is no need for professional grooming services. 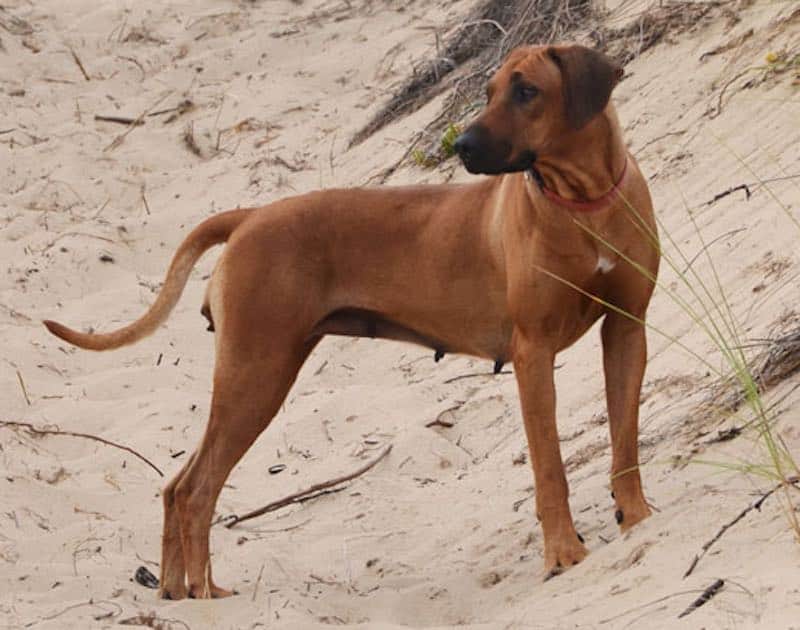 The interbreeding with other dogs over the centuries has made the Kombai a supremely well adapted creature to its habitat. They have few inherited health issues, can survive on very little, and are extremely disease and parasite resistant. The breeding pressures of European dogs have not been exerted on the Kombai, so it remains a healthy breed.

Unfortunately, there are few reliable data on this breed, so it could be the case that with a little study, problems are found. This is unlikely because they were working dogs until very recently. The weak were not selected by breeders, unlike in breeding for appearance. They seem to live for up to 15 years but again, it is hard to tell.