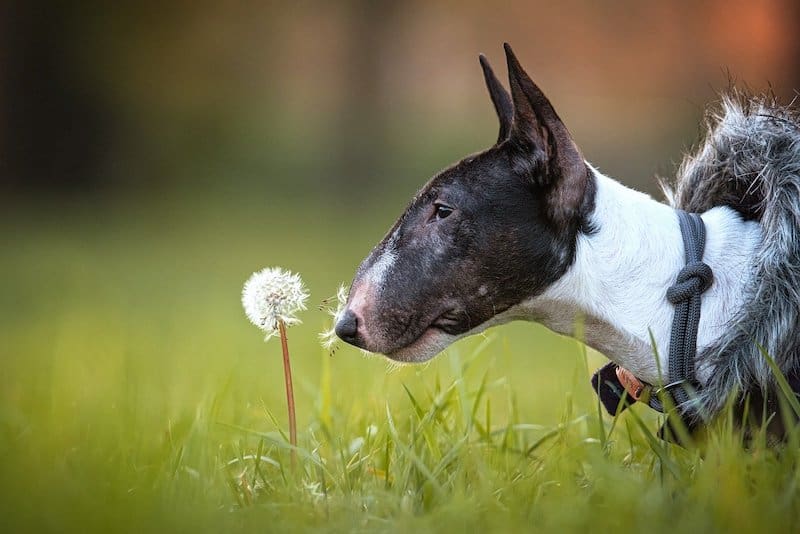 Dogs are the most beautiful animals in the eye of the beholder. No owner would ever use the word “deformed” to describe their furry companions.

However, that doesn’t mean that plenty of modern dog breeds, such as the Boxer or the Dachshund, aren’t the result of dog deformities.

That’s right – in order to achieve a particular look that we believe to be adorable and cute, these dogs had to become deformed through several generations of breeding.

Interested in knowing more? Well, stayed tuned! In today’s article, we’re diving into the topic of dog deformities and how these 8 popular dog breeds have been affected by it.

How Did Dogs Become Deformed?

In the past 100 years, humans have bred dogs for many purposes. Not only did we breed dogs for various work, such as retrieving, hunting, or guarding, but we also bred dogs with exaggerated physical traits to achieve a certain look.

The truth is, most dogs aren’t needed for work anymore. Instead, nearly all dogs have been domesticated to become mere companions.

Unfortunately, this meant that dog breeding had evolved from breeding for functionality to breeding for cuteness and good looks.

And over time, this process of physical-based breeding has led to modern versions of popular dog breeds that are a lot less healthy and technically deformed. At least, compared to their ancestors.

Early breeders likely had no idea what their unorthodox breeding practices would result in. In fact, the consequences became apparently clear in the past few decades.

It’s led to awful and even painful outcomes for the future generations of these dog breeds. That being said, here are eight dog breeds that have been deformed for a more fashionable appearance.

Though this is not the exhaustive list, these are 8 popular modern dog breeds that were affected by this type of deformed breeding. Some dogs will have minor genetic deformities, while dogs such as the Bull Terrier will have major deformities.

Perhaps the most significant dog deformity can be seen with the Bull Terrier.

Here’s a picture of what the Bull Terrier looked like in 1915.

They had a medium-length snout with a well-defined skull – much like what you see with most dogs today. Now when you compare this picture to the modern Bull Terrier, the difference is shocking!

In just a few short decades, the Bull Terrier developed a “mutated skull” with an infamous egg-like or football shape. It’s not just the misshapen skull, but also the abdomen, which has been bred to be a lot thicker than in Bull Terriers of the past.

However, these dogs have other mutations that are much harder to spot, such as patellar luxation, where the kneecap rides outside the groove where the knee is flexed.

This is a huge shift from the leaner, more handsome dog in the early 1900s. All this, in the name of “cuteness,” right?

The Basset Hound is another breed that’s been hit hard by dog deformities. When you look at a Basset Hound, what’s the first thing you notice about the dog’s physical looks?

Most likely, you’re looking at the long hanging ears, the short legs, and the elongated body. And while these physical traits were already present in the original Basset Hound of the past, they were much less pronounced.

Just take a look at this Basset Hound from the 1800s.

Now here’s what the modern Basset Hound looks like today.

The ears have become comically long and their body hangs much closer to the ground thanks to their significantly shorter legs.

Unfortunately, this new-age look of the Basset Hound has led to a lot of health issues, such as multiple joint disorders, including hip and elbow dysplasia.

Over time, these conditions make them less likely to stay active. It’s a huge reason why Basset Hounds are highly prone to obesity.

Plus, the droopy eyes of the Basset Hound aren’t ideal either, as it tends to lead to frequent eye infections and sometimes corneal disease.

Boxer dogs have largely stayed the same, except for one glaring physical trait – a shorter muzzle or snout.

Here’s a picture of what Boxers used to look like in the early 1900s.

You’ll notice a relatively normal snout. And although it’s not as long as a German Shepherd’s, it’s noticeable longer than the snout of today’s modern Boxer. I mean – it literally looks like their faces were pushed in.

Now this may not seem like a big deal. However, because of the short snout, Boxers have a harder time breathing in hot weather.

What’s more, these long-term breathing difficulties can actually inhibit the Boxer’s ability to naturally cool down.

Like the Boxer, Pugs also suffer from a short snout. And while this was a huge problem, it isn’t the most noticeable change that occurred through deformities.

If you compare modern Pugs with the ones from the past, you’ll notice that they seem to have gained a lot of extra skin in the last few decades. Sure – Pugs are known for their body wrinkles, though it was never this bad.

Here’s what a Pug of the past looked like:

Take notice of the longer legs and the minimal body wrinkles around the neck and back. The only spot with substantial wrinkles is the face. Now, compare this to the modern Pug:

And while the wrinkles of the skin may look “cute,” it can actually lead to a lot of health problems, such as skin-fold dermatitis.

Plus, the now-standard double curl tail is another example of breeding for appearance over health. Yes, it’s unique, but it’s really a genetic defect that often leads to spinal issues or paralysis.

Few dogs on this list are as iconic as the English Bulldog. But just because they had a long history as popular pets, doesn’t make them safe from conformation breeding and deformities.

In actuality, it probably makes them more susceptible to it, as more owners want a cuter companion in their home.

Here’s what the original English Bulldog from the early 1900s looked like.

And when you compare this to the modern Bulldog, you’ll notice a smushed face with a lot more extra skin on their bodies.

Similar to the Pug, this creates all kinds of respiratory problems, in addition to issues with their eyes, ears, teeth and nose.

What’s most alarming is that the Bulldogs have one of the lowest life expectancies, with a median age of 6.25 years. So thanks to this type of breeding, there really is no such thing as a healthy Bulldog.

These nanny dogs were once noble working dogs that not only guarded property, but also served as search and rescue dogs.

But like many of  the other dogs fallen victim to conformation breeding, the Saint Bernard no longer possesses the physical capability for work.

Here’s what Saint Bernards looked like in the past.

And now, this is the modern version of that.

First of all, Saint Bernards have been bred to be oversized. In fact, a fully grown male can grow up to 180 pounds! And over the last decades, these dogs have been bred for abundant skin, which can make it difficult to cool off during work.

The much-larger bodies aren’t all that great either, as it tends to lead to elbow and hip dysplasia. When put together, this makes it near impossible for Saint Bernards to continue as working dogs.

For as long as they’ve been alive, the Dachshunds have been known as the “sausage dogs” – thanks to their long smooth bodies that resemble a hot dog.

Just take a look at this Dachshund from the 1800s. Looks like a typical Dachshund, right?

Well, when you compare this with the modern Dachshund, you’ll notice that this signature trait of the dog has become exaggerated over time.

Not only has the body changed to become longer, but it’s also become thinner. Of course, this tends to lead to a variety of health issues, though Intervertebral Disc Disease is the most common one.

And if these dogs enter the obesity territory, it can become extremely dangerous for them. Because of the awkward body of these dogs, an obese Dachshund will barely be able to carry his own weight – let alone run or play.

Obesity is one situation you never want your dog to be in, but it’s especially true with a Dachshund.

Yes, even the mighty German Shepherd has fallen victim to this type of unethical breeding.

Here’s an example of a German Shepherd from 1915 (credit to Retrieverman).

Now compare this to a modern German Shepherd. At first glance, you may not notice a huge difference. And I’ll admit, it’s kind of difficult to tell with pictures.

However, the German Shepherd of today has become much larger over the past century thanks to breeding. Back then, German Shepherds were considered to be medium-sized dogs – weighing at most 55 pounds or so.

This is a huge difference to the ones today! Those K9 shepherds that bravely run into burning buildings to save people can weigh up to 90 pounds!

Now you can make the argument that this was bred for better efficiency at their jobs. However, the German shepherds bred for domestication are just as big!

I mean – there was a time when these dogs could jump over an 8 and a half foot wall! Though I think that ship has sailed. And with a much-larger GSD, issues such as dysplasia and other painful bone conditions seem to be on a rise!

Dangers of Breeding For Looks

It’s not too difficult to see the dangerous effects that conformation breeding has on future generations of dog breeds.

These physical traits that society has deemed “cute” or “fashionable” can and will lead to an array of health problems for our companions.

Can you imagine having painful joints, an inability to breath, or constant overheating? All this pain just so that you can look better in the eyes of society.

We can’t rewrite history, but we can lead a better path for the future generations of dogs. So next time you’re thinking of picking up a new pup, make sure to support responsible breeders!

And no matter how cool that blue-colored Doberman looks, never purchase a dog with a genetic mutation!

So, did you know about all these dog deformities in these modern, popular dogs? Let us know in the comments section below!

And if you enjoyed this video, consider giving us a thumbs up and subscribing to The Smart Canine for the most interesting stories and facts behind dogs.